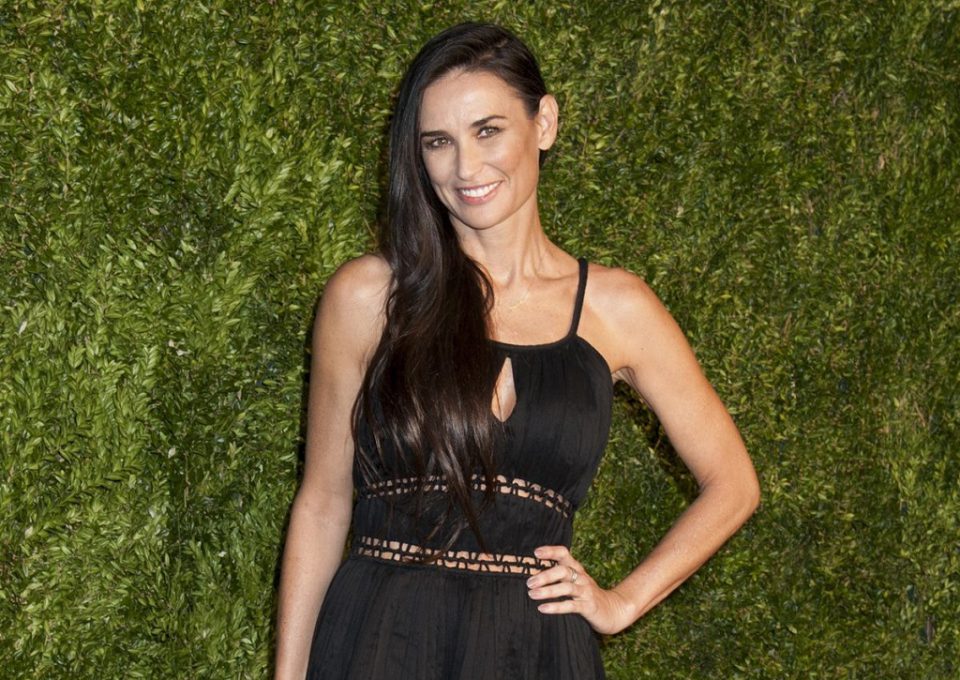 Demetria Gene Guynes who is better known as Demi Moore took her name from her first husband, who was not Bruce Willis. At 16, the young woman seizes the first opportunity to escape her abusive family atmosphere and her violent parents. What did Demi Moore have to go through to gain fame and prestige as an actress? Let’s look at these interesting facts about her life to find answers!

1. She was called out by Peta for wearing fur:

In 2009, while the actress was featured on PETA’s Worst-Dressed List for wearing fur, just a few years later Demi Moore came around and supported the group’s efforts to ban circus workers’ use of bullhooks on elephants.

Demi Moore came into this world on November 11, 1962 in New Mexico. Little Demi is brought up by her mother and her stepfather in a tormented and violent climate. Her stepfather committed suicide shortly after their divorce in 1980, and her mother, an alcoholic, continued to excess.

During the process of promoting her autobiography entitled “Inside Out ”, the American actress multiplied the unexpected revelations on the set of “Good Morning America”.

Demi Moore, one of the world’s most beloved actresses, hasn’t always had a fairytale life and she returned to a dark story of her childhood: that of her rape, orchestrated by her mother for 500 dollars.

But in her book, the actress details her relationship with her parents, both alcoholics. She says that after their separation, when she was still a teenager, her mother took her with her to bars for men to notice.

One day, the unthinkable happened.

Demi Moore reflected on this difficult moment of her childhood during her interview with Diane Sawyer.

On her way home one evening, when she was only 15, a much older man was waiting for her, in possession of the key to the apartment. She sums up what follows as “both rape and appalling betrayal”. It was when she heard this question from her attacker that she understood the reason for his presence: “How does it feel to be sold by your mother for 500 dollars?”.

After this harsh revelation, Diane Sawyer asked Demi Moore if she thought she had really been “sold” by her mother. With difficulty, the actress replies: “Deep in my heart, I think not. I don’t think it was a direct transaction. But she still gave him access to the apartment, and put me in danger”.

This endangerment will unfortunately not have been the first, Demi Moore having confided in a previous interview that she had to save her mother during one of her multiple suicide attempts. A difficult past that she explores through her autobiography, where she says she offers the public “a story of survival, of success, of abandonment – but also of courage”.

3. It wasn’t shocking that she left home:

Demi Moore leaves the family home at 16 and begins her career posing for charming magazines.

She then began a career as an actress by appearing for the first time on the screen in 1981 in Choices, a drama by Silvio Narizzano, and in the soap opera Alliances & Betrayals.

She then turned up in the television series (“General Hospital”) before landing her first role in the cinema. She shot around thirty episodes broadcast between 1982 and 1984. At the same time, she plays the daughter of Michael Caine in Blame It on Rio by Stanley Donen.

4. The role of Jackie Templeton changed her life:

As soon as she landed in Los Angeles after multiple moves, she met Nastassja Kinski, who persuaded her to quit school and pursue an acting career. At the age of 20, after a few appearances in minor productions, she landed the role of Jackie Templeton in Central Hospital, one of America’s most famous soap operas.

The following year, Demi Moore was noticed by Joel Schumacher, who hired her for his film St. Elmo’s Fire in 1985. On the set, she rubbed shoulders with actors like Rob Lowe, Andie McDowell and Emilio Estevez.

5. She became a significant actress in Hollywood with Ghost:

She had to wait until 1990 to experience her first big success with Ghost, where she forms an unforgettable love duo with Patrick Swayze. Immediately, Demi Moore became, in the first years of the 1990s, the highest paid actress in Hollywood.

The following year, she seduced Robert Redford in Indecent Proposal. Then comes Harassment, by Barry Levinson, a story of power and sexual domination in which she leaves no respite to the unfortunate Michael Douglas.

In 1995, at the height of her career, she disturbed Gary Oldman in The Lovers of the New World, an adaptation of The Scarlet Letter by Nathaniel Hawthorne.

1996 is also an important year for Demi Moore.

While playing in Andrew Bergman’s comedy-drama Striptease, she also embarked on a new career, producing If These Walls Could Talk, a TV movie about abortion. In 1997, she was part of the important cast of the annual Woody Allen and underwent an impressive physical transformation in Equal Arms, by Ridley Scott. All this excitement, however, gives way to a less prosperous period for the actress.

Despite her participation in Deconstructing Harry by Woody Allen, she is sad as her mother died of cancer and her separation from Bruce Willis hit the headlines. The actress then becomes rarer on the screens, accepting to appear only in the intimate From Dream to Another (2000) by Alain Berliner and preferring to devote herself to her production activity through her company, Moving Pictures. It was not until 2003 to see Demi Moore at the top of its form in the  blockbuster Charlie’s Angels: Angels Go Wild in 2003, where she is given the role of the villain.

Subsequently, the beautiful put her career on hiatus again and unfortunately makes more talk about her for her romance with Ashton Kutcher, sixteen years younger.

8. She only made a half – hearted comeback in 2006 with the supernatural thriller Half Light:

The following year, Demi Moore starred in the drama Emilio Estevez’s Bobby, which also featured her new husband and Sharon Stone. That same year, she also played Michael Caine in The Heist of the Century, and Kevin Costner in Mr. Brooks.

We find her again as a mother in 2012, in the comedies Another Happy Day and LOL USA, in which she takes on the role played by Sophie Marceau. That same year, she starred in the financial thriller Margin Call alongside Oscar-winning actors Kevin Spacey and Jeremy Irons.

Demi Moore also continued her career by devoting herself to producing and directing films.

In 2008, she took her first steps in directing with the short film Streak, before returning to her role as an actress to play the perfect mother of The Jones Family in 2010.

10. Her famous ex-husbands are public news, but she married a musician before fame:

She got married in 1980 at the age of 18 to Freddie Moore, a musician. This marriage lasted five years and she even kept his name as her stage name.

After a drift into drugs in the 1980s, she underwent a short treatment for drug addiction. She breaks off her engagement with Emilio Estevez the day she meets actor Bruce Willis, in August 1987 with whom she will have three daughters. It was during this period that his career reached its peak with the films “Ghost” and “Equal Arms”.

She then appeared on the arm of Ashton Kutcher, fifteen years her junior. Their marriage lasted six years, from 2005 to 2011.

11. After her divorce from Kutcher, she filed for payments:

After Kutcher filed for divorce, Moore filed her response papers requesting spousal support and payment of legal fees from Kutcher in March 2013.

She underwent a second detoxification cure in 2012.

13. Demi has another safer addiction: Dolls!

Moore is “the world’s most high-profile doll collector”, according to The New York Times.

Amongst her favorites is the Gene Marshall fashion doll. At one point, Demi “the world’s most high-profile doll collector” kept a separate residence to house her 2,000 dolls.

Repairing Your Doors and Windows: A Brief Guide