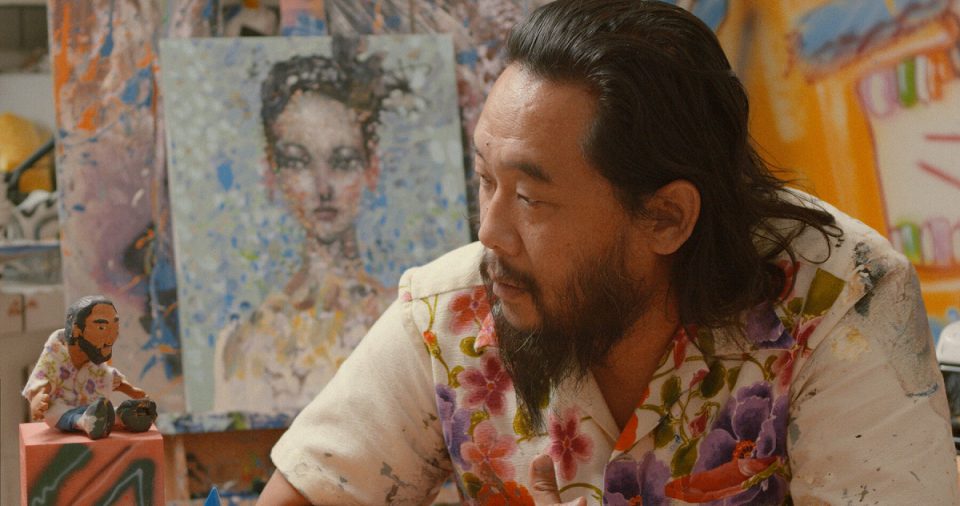 David Choe is a famous artist, painter and muralist who rose to fame after his famous appearance on the Joe Rogan Experience in August 2020. Till date, it is one of the most highly viewed episodes of the Joe Rogan Experience on YouTube. People loved it because it featured David Choe pouring his heart out and sharing personal details of some great tragedies that he has suffered in life. The episode is so popular that even snippets from it have millions of views.

In this post, we will look at the supremely talented artist’s life, career and net worth. Let’s get started.

David Choe Net Worth: All You Need to Know

What is David Choe’s ethnicity?

Born April 21, 1976, David Choe’s roots are in Korea since his father Jimmy and his mother Jana Choe are of Korean origin. However, he spent most of his childhood days in his hometown of Los Angeles.

While he has yet to leak official information about his siblings, it is alleged that his sister is Los Angeles-based author Erica Garza. However, these rumors don’t really add up since she was born to Mexican parents.

How was David Choe’s relationship with the late chef Anthony Bourdain?

David Choe’s friendship with the late chef and famous journalist Anthony Bourdain was truly close and meaningful. He even appeared on Anthony Bourdain’s show: Parts Unknown in 2013.

The artist was devastated by the death of his friend after he committed suicide in 2018 by hanging himself. The lingering effect of losing his close friend became apparent when David shared his experiences with anxiety on Joe Rogan’s podcast in August 2020. David recalled how well he was aware of Anthony’s battle with depression and even revealed that the late chef had personally called him for help.

The moment became heartbreaking when he collapsed amid the reminder of Anthony’s failure to fight his depression.

So it became evident that Anthony Bourdain’s death left a deep scar on many of those close to him who also included David.

What is David Choe’s net worth?

David Choe is undeniably among the richest artists alive today considering he is richer than Banksy who maintains a net worth of $ 50 million. After all, David Choe has amassed an impressive net worth of $ 300 million by 2020.

How did David Choe create his massive net worth?

It is really a lot for an artist to earn such a sum in a short period of time, but it turns out that his work of art is not primarily responsible for his economic prosperity. To understand how he became a millionaire, you have to go back to the days when Facebook was growing and Myspace was a thing.

In 2012, the painter was hired by Sean Parker (former president of Facebook) to put his artistic touch on the first headquarters of the company. To get the job done, his asking price was $60,000, but Facebook hadn’t become the tech behemoth that it is today, so Choe was offered shares in the company instead.

As Yuval Rosenberg of the Fiscal Times predicted, David became a millionaire from the growth of his stocks. Today, despite the fact that he sold some of his holdings, his net worth is between $ 300 million and $ 500 million.

On the other hand, David has accumulated a lot of money through his artistic works since his clients include notable tycoons like Sony, Marvel, Fox Searchlight. He even designed the cover for Jay-Z & Linkin Park’s multi-platinum album: Collision Course.

In addition, his own works of art have been valued between $ 1,700 and $ 50,000 at auctions. And he also runs an e-commerce store which is linked to his official website davidchoe.com.

How did David Choe start his art career?

Interestingly, his successful career in the art arena began with small, disruptive projects. In 1996, David self-published a graphic novel called Space Jam and distributed it at comic-con that year, which earned him a $ 5,000 grant from the Xeric Foundation.

What are some of David Choe’s charitable work?

David Choe has managed to use his economic prosperity for humanitarian causes as well. Over the years, he has collaborated with organizations like Yle Haiti A Place Called Home of Wyclef Jean, a non-profit youth organization.

And he began prominently supporting the Meleka Foundation, an organization providing aid to the Hadza ethnic tribe in Tanzania.

The tribe has been particularly struggling amid the COVID-19 outbreak and David’s support has become crucial for the cause according to Meleka’s official Instagram page.

David Choe has been very secretive when it comes to talking about his love life. According to Indiewire, he dated a girl named Mylan in 2008, and no new information has emerged since.

But judging by the artist’s recent revelation on Joe Rogan’s podcast, his lifestyle didn’t quite align with the concept of “finding the right one.” After all, he’s made it pretty clear that he has sex with a lot of women, and even compulsively succumbs to adult movies that make him incapable of nurturing a long and meaningful relationship with any woman.

Who is La Reina Shaw: The Instagram Model that Caused a Split Between Cam Newton and His Long Term Girlfriend

Here Are Some of Winbet’s Bonuses Accessible to Bulgarian Bettors

Thomas Gibson: Life and Career of the Criminal Minds Star