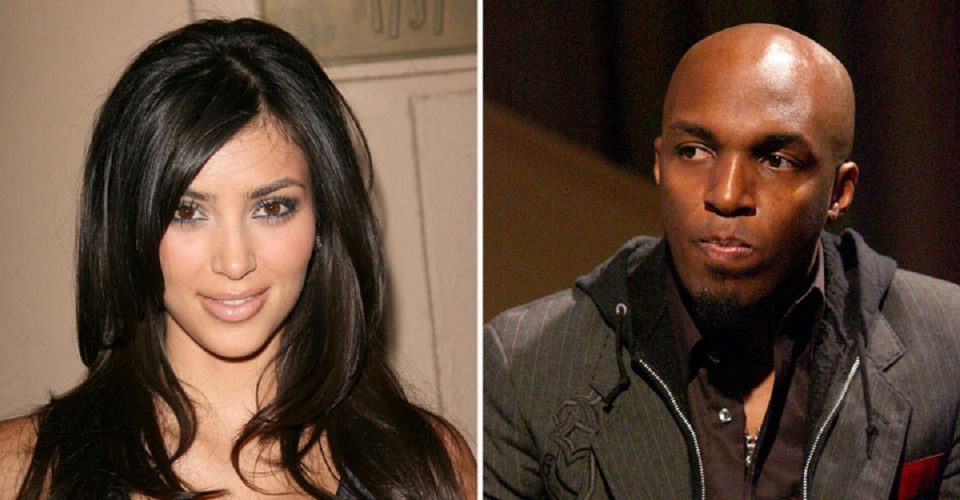 When it comes to Kim Kardashian’s dating life, there isn’t much that isn’t already out there – she is an open book. Almost every aspect of her life has been documented extensively for financial gain, but even this overtly exposed reality star has some skeletons in her closet. One of which is her drug-induced marriage to music producer Damon Thomas.

Kim Kardashian has been front and center at not just one, but two high-profile weddings. She tied the knot with Kris Humphries in 2011 at a lavish $ 6 million wedding, but their marriage only lasted a whopping 72 days. Then, Ms. Kimberly Kardashian got married to Kanye West but many don’t know that Kanye’s and her divorce would be her third one!

1. Who was Kim Kardashian’s first husband?

Kim Kardashian eloped with her first husband who is a music producer who was even nominated for a Grammy Award.

Damon Thomas is recognized in the music industry from being a part of the pop production group The Underdogs, which has worked with stars such as Pink, Lionel Richie and Chris Brown. He has also produced music for important films such as Dreamgirls or the Pitch Perfect franchise. He is also best known for working with Harvey Mason Jr.

U​​nfortunately, his personal life has not been as successful as his professional one. After living for 4 years with the now founder of KKW Beauty, he filed for divorce citing “irreconcilable differences.” The process was completed in 2004 and he had to pay his ex-wife $56,000.

The details of the rise and fall of this relationship were unknown to the public until 2010, when the divorce documents introduced before the Los Angeles Superior Court were leaked.

2. Despite her family’s reservations, Kim’s first marriage was at the tender age of 19:

In 2000, when Kardashian was just 19 years old, the young woman eloped to follow her heart and marry Damon Thomas, a music producer 10 years her senior, from whom she separated in 2004.

3. Kim rarely opens up about that time, but she spoke about it in a ‘KUWTK’ episode:

In 2018, Kim Kardashian admitted during an episode of the family reality show that she was high when she said yes to her first husband.

“When I got married I was drugged with ecstasy,” she admitted to her ex-brother-in-law Scott Disick and her step-sister Kendall Jenner.

“The first time I used ecstasy, I got married, took it again and recorded a video having sex. Something bad always happens, “she said.

4. A marriage full of control and abuse:

In the written judicial declaration, Kim detailed different manifestations of domestic violence that she suffered from her ex-husband Damon Thomas during their marriage union including the fact that Thomas was a controlling person who hit and handcuffed her on several occasions.

Regarding physical abuse, these began months after they began to live together and some quite shocking incidents were reported. Kimberly revealed that he once assaulted her when she went to pick up some items that she had left at home.

“He came up to me and hit me against the wall of the closet.  He held me against the wall with his hands around my neck and threatened to strangle me. Then he took a hand and hit the wall right next to my head. Afterwards, he grabbed my hair and told me to come out, ”the official document in a newspaper reads.

“At the top of the stairs, he threw me across the room and I hit my head against the front door. I got up and ran out of the house. I was scared, ”she declared.

On the other hand, Kim Kardashian’s 1st husband called her ‘fame wh*re’ stitching false the stories of physical and emotional abuse to get more money from their divorce.

This would be the first time Kim has lied to the media and to billions of people. She famously denies all of her plastic surgery and even lied during her pregnancy interview on TV where she was recorded saying she was “craving” salads. Meanwhile, the video of her while she was pregnant and Rob Kardashian eating fast food like greedy pigs tells a different story!

According to the reality star, her then-husband Damon asked her to leave her job in her family clothing store, leave the university she was studying in and inform her where she was at all times. As her fame kept growing, it was also expressed that he tried to turn her against her family and friends – not allowing her to have any contact with any of her former boyfriends.

Damon decided what we would do and when we would do it. He was very much the ‘King of the castle ‘, she recounted for the legal text. “Damon told me not to leave the house unless I first told him when and where I was going. Sometimes Damon wouldn’t let me go, ”she confessed.

7. Several rumors stated that he was the reason why Kim Kardashian began to undergo cosmetic surgeries:

There is an allegation that he mentioned that she should look more perfect – pushing her to undergo liposuction and other cosmetic procedures that he paid to make her look “perfect.”

He also opened his wallet for other cosmetic procedures worth $1,000 when they were together.

8. Damon Thomas denies abusing Kim and their reason for breaking up:

For his part, the musician spoke exclusively to In Touch in 2014 to defend himself against the accusations and described the reality star as a person “obsessed with fame” and “jealous and competitive with her sisters”. We know this is also true.

He continued to say that since Kim can’t write, sing or dance, she instead does harmful things to validate herself in the media.

Similarly, he denied that he ever hit Kim Kardashian as established in the 2003 court documents and stated that he believed that she had leaked the papers.

“It’s just not true, ” he said and noted that she gave those statements in order to get “a lot of money ” from him.

Likewise, he asserted that the romance ended because Kris Jenner’s daughter was cheating on him with “multiple men”; However, the post states that Kim denied being unfaithful.

As for the surgeries and procedures that allegedly he prompted Kim to undergo, he stressed that in reality “she wanted to have that lifestyle. She wanted to be what she finally became.

9. Kim Kardashian remembers her first wedding as a future wake up call moment:

In 2011 during an interview with Harper’s Bazaar where she revealed that if she could look at her 19-year-old self, she would tell herself to “wake up.”

“I used to be so dependent on the guys I was in a relationship with and I don’t know why, because they didn’t raise me that way. If I looked at myself at 19, I would shake myself and think, ‘Wake up, you’re too smart for this,’ she explained.

“As I got older, I learned a lot about relationships and my tolerance level is very different. Then, after years of not having the best relationships, you grow, ” said the woman once married to Kanye West.

Pros & Cons of Gambling Online or At A Land-Based Casino

Where’s the Best Pizza in the World?