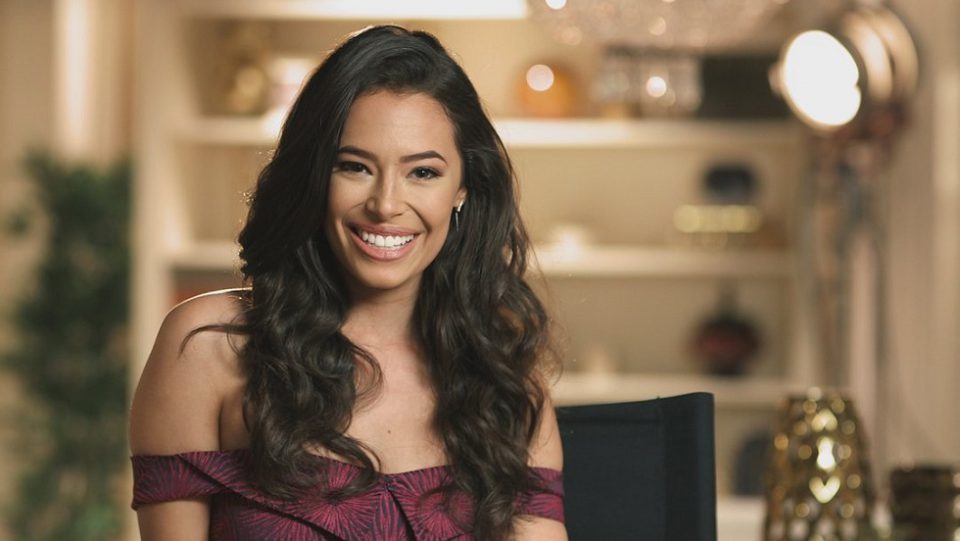 Chloe Bridges born on 27th December 1991 in Louisiana is an American actress that got fame by portraying challenging roles in American television industry.

It’s rare that any actress gets famous with her debut on screen performance but Chloe Bridges managed to pull it off on her romantic teen sitcom Freddie in the lead role of Zoey Moreno. Although she’s most well known for her acting in Pretty Little Liars and Insatiable, she’s now making headlines after being engaged to Adam Devine!  The 35-year-old actor Adam Devine just announced that he’s engaged to Chloe Bridges and the couple is officially off the market!

The dark haired beauty often throwing people off with her multicultural looks has a face that you’ll never forget after you’ve seen her once. The stunning and sassy actress has the ability to tackle a tough part to her style and attitude. It’s no wonder that so many people keep googling the rising actress and in fact there’s a lot of interesting details about her. Did you know that she’s pretty much addicted to her chapstick? Sounds weird until you see her lips! With lips like hers, who could blame her for protecting them?

Want to learn more about the American beauty? Check out our list of these quick facts about Chloe Bridges:

Who is Chloe Bridges?

Chloe Bridges is an actress, who originally gained popularity when she starred alongside the Jonas Brothers in Camp Rock 2: The Final Jam. Since then she has appeared in a number of noteworthy projects, including 90210, Faking It, Daytime Divas, Pretty Little Liars and The Carrie Diaries. While there’s no shortage of sass in Chloe, she’s not like the people she plays simply because she’s acted like one on TV. She has a soft spot in her heart for saccharine inspirational quotes.

For a woman who’s only twenty-seven, Chloe has been in an impressive number of films and TV shows. There are almost forty credits to her name as far as movies and shows are concerned. On top of that, Chloe has been in at least three music videos. It seems that from the moment she moved to Hollywood, Chloe has done nothing but work on various sets, filming a ton of fantastic parts. There are plenty of really great actors and actresses who’ve been in Hollywood twice that long with half as many credits to their name. But he’s something more: she’s a voice actress.

Smart, talented, and willing to play a villain, Chloe Bridges is a fantastic actress. With her Hollywood resume, it’s kind of easy to see how she bags any role she wants. Many actors do a cartoon or voice acting between films or get picked up for a great video game like Norman Reedus in Death Stranding and Chloe Bridges is no exception! She voiced Danielle Van De Kamp in the Desperate Housewives Game. We certainly expect to see plenty more from Chloe in the future.

How did Adam DeVine and Chloe Bridges meet?

Bridges has previously starred in Pretty Little Liars, Camp Rock 2and The Carrie Diaries and you know Adam from Pitch Perfect. The couple met in 2014 on the set of The Final Girls, according to Us Weekly. Although they didn’t interact much on-screen, DeVine and Bridges hit it off in real life.The pair met in 2014 while filming their film The Final Girls. The two began dating in February 2015.

The two have frequently featured in each other’s Instagram accounts, with Bridges sharing photos of them on a date night earlier this month, as well as a photo of them posing at the Emmy Awards in September. DeVine spoke to PEOPLE about their relationship in September 2015, saying he does his “best to not get too deep in the doghouse” when they have a disagreement.

“I’m still a child to where I think that, like, attacking her with smooches is the best way to do it. You know, I haven’t really done anything that’ll get me in trouble, so usually my aggressive smooch-attack will get me out of most trouble,” he said with a laugh, adding: “So far so good.”

“I’ve known we had a special connection since we first met (well FIRST I liked the way his butt looked in his jeans and the way he made me laugh and the fact that his backpack was monogrammed which seemed VERY adult to me five years ago),” Bridges wrote on Instagram.

When did Adam DeVine and Chloe Bridges date?

DeVine and Bridges went public with their relationship in 2015 after they were spotted together on multiple occasions, including a Sam Smith concert and a trip to Disneyland.

In October 2019, DeVine confirmed that he popped the question to his girlfriend Chloe. The Pitch Perfect star, 35, is engaged to girlfriend Chloe Bridges, the actor revealed Thursday on Instagram with a sweet photo and wrote:

“She said yes! Well actually she said “ahh Adam” and then kissed me but I’m pretty sure that means YES!” DeVine wrote in the caption. “I love Chloe more than anything and I’m so excited to spend the rest of my life with her amazing self.”

He continued, “You are my best friend and I’m thrilled you want to get old and wrinkly with me! You’ll be less wrinkly. I’m gonna look like a Saint Bernard. I proposed this past weekend and wanted to keep it private for a few days but we are now ready to tell the world! Love you @chloebridges!”

Adam DeVine couldn’t help but jokingly add, “Have fun planning the wedding. I’ll be there for the cake tasting. 😘”

Chloe Bridges also shared photos of the proposal on Instagram, writing, “We are doing it!! I love this man with my whole heart and I am so excited to be with him forever.”

We are doing it!! I love this man with my whole heart and I am so excited to be with him forever. I’ve known we had a special connection since we first met (well FIRST I liked the way his butt looked in his jeans and the way he made me laugh and the fact that his backpack was monogrammed which seemed VERY adult to me five years ago) and I quickly learned that he is the kindest, funniest, most incredible man I’ve ever met. I’m so proud to be his girl and will be even prouder to be his wife. Let’s do this baby @andybovine

“I’ve known we had a special connection since we first met (well FIRST I liked the way his butt looked in his jeans and the way he made me laugh and the fact that his backpack was monogrammed which seemed VERY adult to me five years ago),” she wrote. “And I quickly learned that he is the kindest, funniest, most incredible man I’ve ever met. I’m so proud to be his girl and will be even prouder to be his wife. Let’s do this baby @andybovine.”

Nop, not yet. Although they haven’t set a date (at least not yet), we wouldn’t blame Bridges for jumping right into wedding planning. Two words: cake tastings.

How tall is Chloe Bridges?

What is Chloe Bridges studying?

When this actress isn’t on location or filming in LA, she’s studying political science at Ivy League school Columbia University. There’s more behind that pretty smile than a great set of pipes and some obvious acting talent. Chloe has also been studying the piano for a decade. When it comes to having it all, we can’t think of a better example than Bridges. Chloe is also a self-professed nerd. She was John Muir Middle School’s “Student of the Month” in early 2005.

Where is Chloe Bridges from?

Born in Thibodaux, Louisiana, on December 27, 1991, Chloe Suazo (professionally known as Chloe Bridges) twenty-seven-year-old actress knew precisely where she was going in life. At age thirteen, her family relocated to Los Angeles, and she immediately went into movies. It’s no surprise that she got picked up right away. Her first role was in Freddie, but not the one with the knife-hands. She played opposite Freddie Prinze Jr. in the sitcom he co-created with Conrad Jackson about his life. Chloe played his sister Zoey for twenty-one episodes. Not too shabby for a kid who moved to L.A. that year.

What race is Chloe Bridges?

Chloe Bridges was born on 27th December 1991 in Thibodaux, Louisiana and she is an American actress that got fame especially by portraying challenging roles in American television industry. Her nationality is American. Bridges belong to mixed ethnicity (Honduran and English) while Capricorn is her zodiac sign. She is half Latina and half white. Chloe Bridges was born to the Republic of Honduras’ father and an English mother.