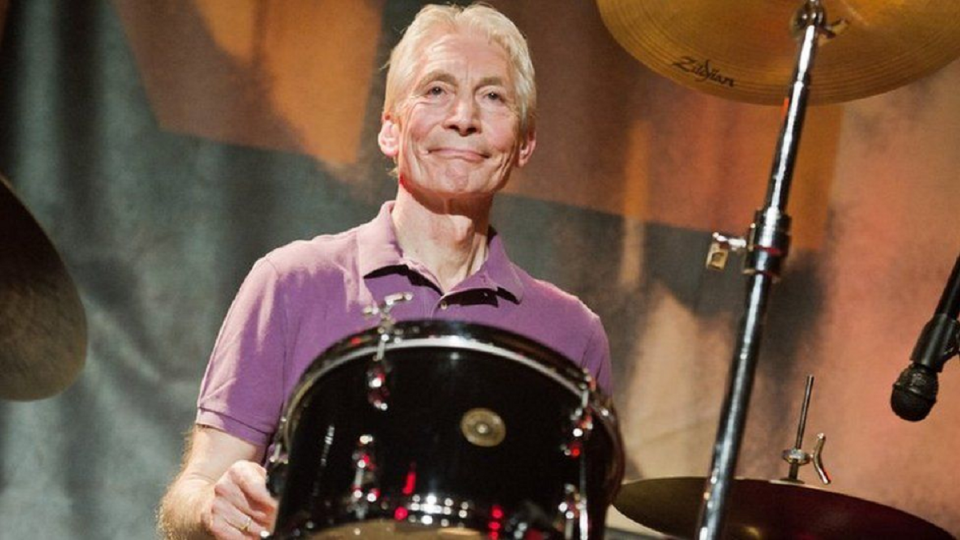 Charlie Watts was the drummer of one of the biggest bands in history, The Rolling Stones. He played with the band for 50 years and continued touring and performing with them till his death at the age of 80. Even though he played in one of the most popular and successful rock bands in history, he didn’t really live the typical rockstar lifestyle and stayed away from the excesses that plague most rockstars. Let’s find out more about this legendary drummer.

Charlie Watts: All You Need To Know

When was Charlie Watts born?

How was Charlie Watts’ childhood?

As a child he lived in Wembley, where his mother worked as a housewife and his father was a railroad conductor after World War II. The musician and backbone of the rhythm section of the band, as well as arguably the grounding figure in the most convulsive days of the Rolling Stones, was a bit of the one who broke that rock star stereotype, which Keith Richards and Mick Jagger explored for many years. That was what Mick Jagger and Keith Richards always stressed when asked about their running mate. “He is the leader,” was the phrase, loaded with respect and admiration.

The drummer moved with his family to the Kingsbury district of London to study high school. There he discovered his talent in art, specifically in drawing and design. He later studied at the Harrow Art School, where he worked as a graphic designer. Meanwhile, he divided his passion for music by playing in some bars, where shortly after he learned the blues.

Thus the musician had his first approach to the rhythm that years later would characterize the Rolling Stones. Charles belonged to some musical groups that made him a prestigious drummer at an early age.

How did Charlie Watts start getting into music?

Although he had collected 78 jazz records from his childhood, Watts began to experience the beauty of music with a banjo. However, at age 13, auditions for a drummer named Chico Hamilton made him take an interest in that instrument. He disassembled the familiar banjo and made a makeshift drum with the body of that stringed instrument. He always said that his first drumsticks were a pair of brushes.

One of his neighbors was jazz player Dave Green. With him, he discovered her passion for jazz and they both shared their passion for music through the vinyl they listened to from their rooms.

How did Charlie Watts join The Rolling Stones?

It wasn’t until 1963 that he joined the Rolling Stones. The musicians of the group had known the work of Charlie Watts years ago and sought to hire him, although he was already listed as a prestigious artist. Eventually, they managed to get him to join the band and he joined in replacing Tony Chapman who had spent a short stint as a drummer for the still emerging rock band.

Charlie Watts managed to be part of the group’s self-titled debut album released a year later, where they played ‘Tell me (You’re coming back)’, and their versions of the classics Carol and Route 66.

With the group, he recorded 30 studio albums, of which at least nine reached number one in the United States and the United Kingdom. His last study material was Blue & Lonesome released in 2016.

How was Charlie Watts perceived by Keith Richards?

Keith Richards considered Watts to be one of the best hidden assets the group has had. With him I never have to worry about the rhythm … It’s a blessing, “he assured. Watts was in the mythical group from 1963 and, despite the fact that he sometimes got tired of the rhythm of the tours, he never left his companions.

Who is Charlie Watts’ wife?

While in the world of rock, female fans, groupies and ex-wives entered the stage of the other members of the Rolling Stones, Watts drew attention by staying out of that dynamic. He married Shirley Ann Shepherd in 1964 and remained faithful, until the end of his days. His daughter Seraphina was born from that union, who, like her father, has always preferred a low profile.

Charlie Watts was characterized by his serious profile and far from a rockstar image. He maintained a marriage of 60 years with Shirley Ann Shepherd, with whom he had a daughter. His way of dressing was very formal, closer to jazz than rock. He was also a book lover and had a large collection at home.

What did Charlie Watts do before The Rolling Stones?

Before playing with the Rolling Stones, he was part of Blues Incorporated, along with his friend Alexis Korner. He also put together alternative bands to play a bit of jazz. He recorded ten albums between 1986 and 2017. However, he always said that “the Rolling Stones are my life.” He was not an actor, nor a star on the red carpets, but he did write a book of poems and drawings in 1964 in tribute to his idol Charlie Parker.

What is Charlie Watts’ net worth?

Despite his simple style, the drummer’s fortune is estimated to be around $ 250 million, the result of tours, record sales and other businesses related to the Rolling Stones brand. In addition to income from a farm where horses are raised and managed with his wife.

What are some of Charlie Watts’ career achievements?

His facet was not limited to the musical. Charlie also worked as a cartoonist for some projects with the band. In 1967 he made a comic strip that accompanied the back cover of the album Between the buttons.

We always work at least a month to six weeks before we go on the road, usually for something like eight to 12 hours a night. It took six weeks to do it this time. We just play virtually everything we know.

I saw Al Foster with Miles Davis the other week. It was beautiful. But, the whole thing was, Al Foster played as well as everybody else, but all of them were quite brilliant under Miles Davis’ direction.

When people talk about the ’60s I never think that was me there. It was me and I was in it, but I was never enamoured with all that. It’s supposed to be sex and drugs and rock and roll and I’m not really like that. I’ve never really seen the Rolling Stones as anything.

I don’t like drum solos, to be honest with you, but if anybody ever told me he didn’t like Buddy Rich I’d right away say go and see him, at least the once.

I think you get to a point where you watch something just to enjoy it. I don’t think it’s really done so that you’re supposed to feel, Oh, he’s the most wonderful drummer. I think the whole lot is what’s more enjoyable.

People say I play real loud. I don’t, actually. I’m recorded loud and a lot of that is because we have good engineers. Mick knows what a good drum sound is as well, so that’s part of the illusion really. I can’t play loud.

Mick’s not good at his own problems, but he’s very good at other people’s. He’s been wonderful over the years. I don’t mean I ring him up every week, but he’s fantastic.

When did Charlie Watts stop playing for The Rolling Stones?

In 2004 Charlie Watts was treated for throat cancer in London. By then he underwent surgery that kept him in treatment for a month and a half.

Charlie Watts left unfinished the ‘No Filter’ tour that began in September 2017 and was interrupted last year by the Covid-19 pandemic. The group was scheduled to resume concerts in a month, in the city of St. Louis, Missouri, in the United States. However, it was announced on August 5 that Watts would not be able to participate as he had to recover from a medical procedure.

How did Charlie Watts die?

He passed away on August 24th, 2021. The exact cause of death wasn’t revealed but he was 80 years old, so he might have died of natural causes. The following statement was released by his spokesperson upon his death:

‘It is with immense sadness that we announce the death of our beloved Charlie Watts. He passed away peacefully in a London hospital earlier today surrounded by his family. We kindly request that the privacy of his family, band members and close friends is respected at this difficult time.”

Common Bitcoin Scams and How to Avoid Them

Core Structural Exercises: Use These To Tone Your Muscles