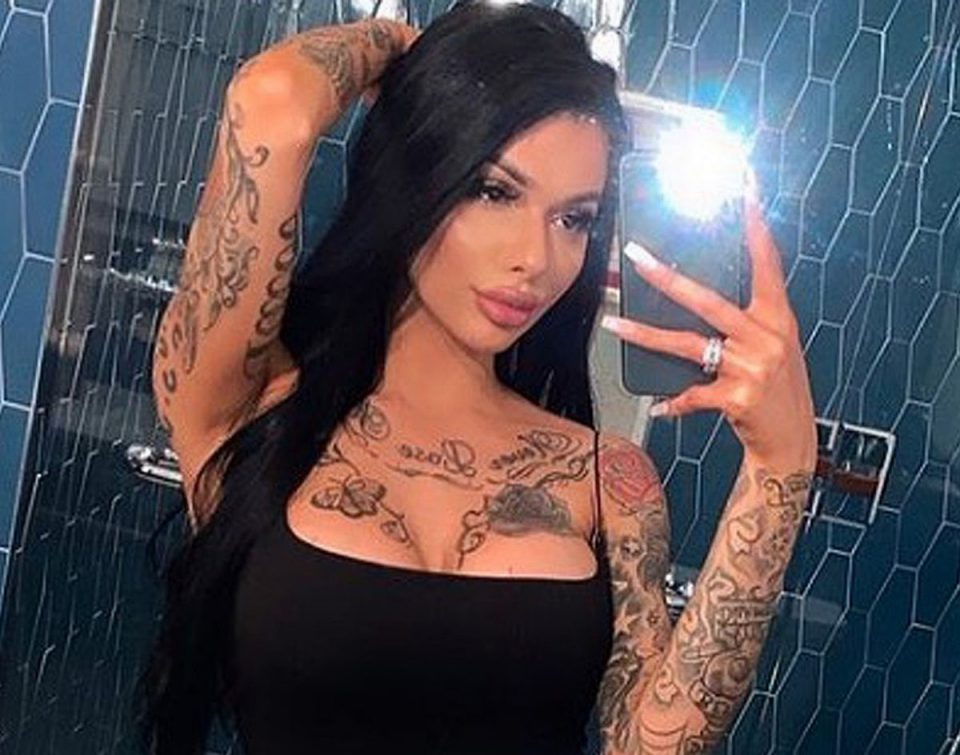 Celina Powell, better known as Black Widow in the social media world, has been sentenced to two years in jail for violating her probation terms in June 2022. She is best known for making false allegations against some popular hip-hop stars and was also arrested in 2015 for allegedly driving a getaway car. Prosecutors told the media that Celina Powell continues to violate her probation by failing to comply with court-mandated drug and alcohol tests along with other legal offences. Powell was arrested last month and she failed to show up on her court date. Celina will be kept in Colorado state Prison for parole in December this year.

Who is Celina Powell?

Celina’s full name is Celina Rae Powell, and she was born in Denver, Colorado, in the United States. She was born on June 13, 1995, and her nickname is Black Widow. Celina Powell is the youngest of three siblings, including two sisters and a brother. She attended Wheat Ridge High School in Wheat Ridge, Colorado. Celina was born in the United States, although she is of Puerto Rican descent. Her dark eyes, thick hair, and height of 5 feet 6 inches distinguish her. Powell’s large lips and numerous body tattoos make her stand out.

Most of us know that Celina Powell is a petulant woman who enjoys doing naughty things and will go to any length to gain fame and money after reading about her charges. However, she was once a sweet little girl living in Denver. Sources claim that her mother was a prostitute and a drug addict who went to jail several times. Her father left her mother when Celina was a child. She and her sisters and a brother were raised by her grandmother and her aunt whom she loves very much.

Celina Powell did her schooling but could not complete her college. Although her life seems to be lavish her childhood was not. Celina suffered gang-rape when she was just 12 by a few of her neighbour men when she was drunk with her brother’s girlfriend. This made her family move to Wheat Ridge and Celina was transferred from her Christian school to Wheat Ridge High School which is a public secondary school in Jefferson County. A girl who suffered so much in her childhood decided to use social media to earn as she was blessed with an intelligent mind and a beautiful body. Her crazy stories and escapades with rich celebrities were exactly what she needed to rise to fame overnight, and she did use them sternly.

What made Celina Powell brand herself as “the black widow”?

Celina started using the name ‘black widow’ after she got involved with several A-listed celebrities and her stories started to get viral. Whether true or forged, her stories were full of wild sexual escapades and many pregnancy allegations which proved enough to grab the attention of the masses. Her infamous attention spread like fire amongst the American hip-hop circle. Although most of the news with her name is negative and full of controversies, Celina gained enough to earn millions and survive lavishly. She had done modelling for branded bikini clothes and advertised for cosmetic companies. She was also featured in a podcast with her ex-best friend Aliza where she entertained people with her wild encounters.

Scandals that made headlines

Celina Powell rose to fame as a social media influencer and Instagram model. Her social media page is filled with posts about her experiences with hip-hop stars. One time, Celina had accused Snoop Dog of cheating on his wife because of her. Then she accused Offset of impregnating her by producing fake pregnancy ultrasound tests and afterwards, accused Trey Songz of sexual misconduct. She said that Drake changed his number when she sent him many nude pictures.

In 2021, all the news channels had headlines about Celina Powell and Drake. The No Jumper Host Adam shared some screenshots where Celina was seen lying. Drake wrote in a message, “Def never gave u my number,”. He added, “I know who u are. I want nooooo parts.”

Celina replied, “Welp okay. N yes you did [give me your number]. It’s still in my dm,” “I don’t wanna upset you tho so I’ll stop.” Nonetheless, Celina later presented a screenshot that showed that Drake gave her his number to which he wrote, “Doesn’t look like it lol,”. Powell responded, “I just wanted you to open my DMs,” “Thanks, I don’t wanna get blocked tho sooo I’ll exit now.”