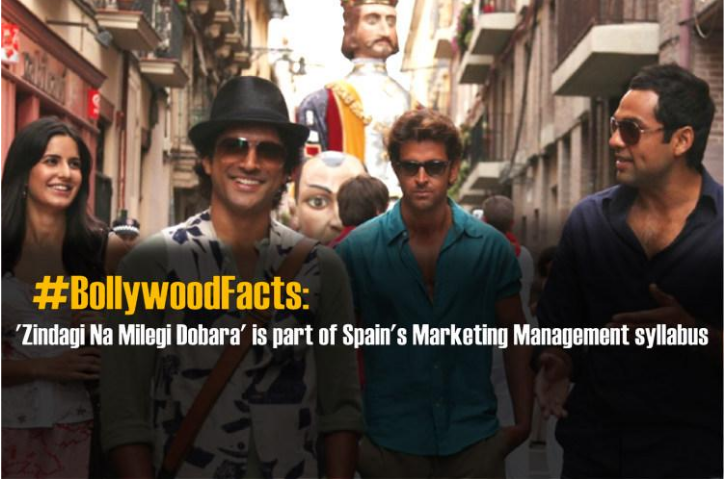 1. Raj Kapoor’s movie, Mera naam Joker and Sangam are the two longest movies which had two intervals.
2. Shekhar Kapoor was initially committed to marry Shabana Azmi. However, later things didn’t work out and they dropped this idea.
3. In the movie Lagan featuring Amir Khan, maximum numbers of British actors were involved In Bollywood film industry.
4. It is said that for Dilwale Dulhania Le Jaenge movie, Saif Ali Khan was originally selected and not Shah Rukh Khan.
5. Kareena Kapoor Khan’s movie Heroine has been reported to be one of the most expensive movies in Bollywood relating actor’s wardrobe. In the movie, Kareena wore around 130 different outfits, designed by top dress designer all over the globe!
6. Actor Amjad Ali Khan was about to be replaced by Danny Denzongpa for the movie Sholay due to his voice being too weak for the role.
7. Famous south Indian saying, ‘Enna Rascala’ was never actually said by Rajnikanth.
8. Kaho na Pyar Hai…. Is recorded in Guinness Book of World Records for winning highest number of awards. In 2002, this movie received 92 awards!

9. Ranbir Kapoor’s Rockstar movie was shot in reverse which means the climax of the movie was shot first. The reason behind such was that movie’s director do not wanted to spoil Ranbir’s hair style.
10. Anil Kapoor and his family lived in Raj Kapoor’s garage initially when they moved to Mumbai before they were able to rent a room in Mumbai’s middle-class suburbs.
11. In one of the Tamil movies, Moondru Mudichu Sridevi played the role of Rajnikanth’s step mother. When the movie was shot, she was only 13 years of age.
12. Devika Rani is the only film maker in Bollywood industry who holds a degree
13. The song Choli ke peeche Kya hai was protested by 42 political parties. In fact, for this song, Illa Arun and Alka Yagnik shared the award of best female playback singer for one single song.
14. Mughal-e Azam is a trilingual movie. All the scenes of the movie were shot in three different languages-Tamil, English and Hindi. After the Tamil version flopped miserably, the film makers dropped the idea behind releasing its English version.
15. Hrithik’s real surname is not Roshan. It is actually Nagrath

16. Before entering into film industry, Ashok Kumar was a lab assistant at Bombay Talkies.
17. Actress Kalki Koechlin great grandfather was the chief engineer for constructing Iconic statue of Liberty as well as Eiffel Tower of Paris.
18. On an average, 2.7 million tickets are sold annually in India which makes it highest grossing selling in entire world. But, due to average ticket pricing, the revenue collected remains less as compared to Hollywood movies.
19. In the year 2013, around 1724 movies were released in India!
20. Kumar Sanu holds the position of recording highest number of records in one day. He recorded some 28 songs in one day that has been recorded in Guinnes Book of World Records for the same.
21. Mughal-e Azam took 14 years to be completed while Love and God directed by same director took around 20 years which is so far the longest time taken for any movie completion.
22. Salman is a soap lover. His bathroom has a collection of variety of soaps gathered from all over the world. His collection includes herbal and handmade soaps made from natural extracts of flowers and fruits.

23. Hrithik Roshan once had booked around 50 books titles, ‘How to Stop Smoking’ and distributed them among his friends to encourage quitting smoking.
24. Amir Khan missed his bath for twelve consecutive days especially for the climax scene of his movie Ghulam.
25. Priyanka Chopra Jonas nick name ‘Piggy Chops’ has been given by Abhishek Bachchan.