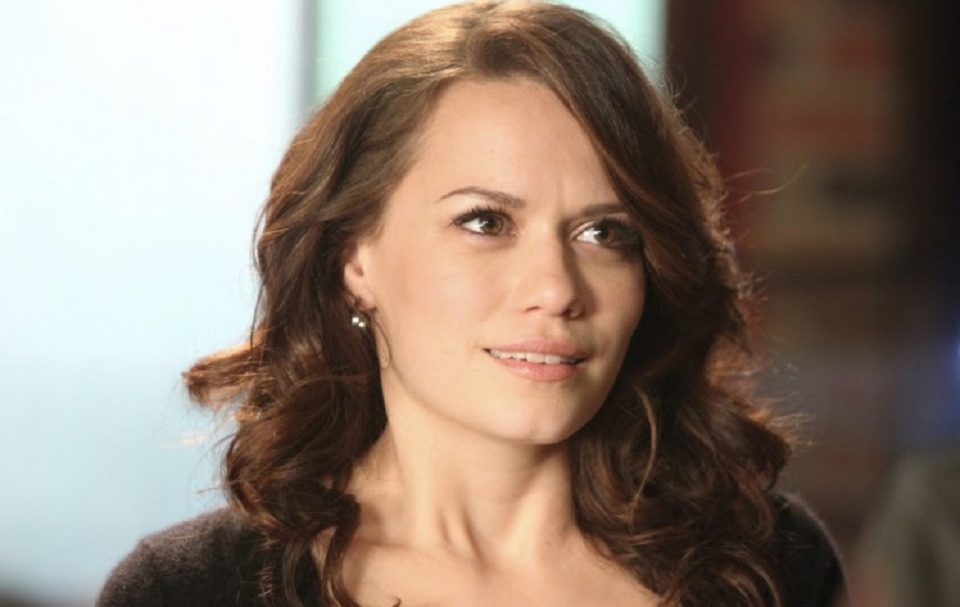 Bethany Joy Lenz has been working as an actress on the stage and screen since her early childhood in Texas. She later moved to New Jersey, where she began vocal training with the Director of the Brooklyn College of Opera, Richard Barrett. While doing her vocal training Bethany Joy Lenz also continued to work on her acting career. She appeared in numerous pilots, advertisements and movies. She also performed in regional theatre till she was cast as a series regular on The Guiding Light.

Lenz remained on the soap for two years, gaining rave reviews from viewers and critics alike. During this time she had the honor of playing Mary Tyler Moore’s daughter Rose in the TV movie “Mary and Rhoda.” After leaving “The Guiding Light,” she moved out west. She appeared in the Garry Marshall directed “Happy Days: the Musical” (playing Pinky Tuscadero; musical directors Carole King and Paul Williams) and by Arthur Allan Seidleman in a staged reading of a musical version of “The Outsiders.” Soon after moving to Los Angeles, she was cast in One Tree Hill.

Bethany Joy Lenz is also an accomplished singer who trained in New York City under Richard Barrett, the director of the Brooklyn College of Opera. While in Los Angeles, she was trained by renowned voice teacher Eric Vetro. She is also one-half of the band Everly, founded with her friend Amber Sweeney.

Bethany Joy Lenz: All You Need to Know

When was Bethany Joy Lenz born?

Which series of Bethany Joy Lenz was not picked up by E!

Bethany Joy Lenz was slated to headline the 2014 series Songbyrd. The show was loosely based on the life of Diane Warren. The drama involved Bethany Joy Lenz playing the role of singer-songwriter Lauren Byrd. Despite having some big names bolstering the show like Grey’s Anatomy producer Krista Vernoff and actress Rumer Willis, the pilot unfortunately wasn’t picked up by E!.  Lenz took to Instagram to address the disappointing development with her fans, explaining that perhaps the series simply hadn’t found the right network. “Thank you all for the sweet tweets about #songbyrd!” she wrote. “I am sad, but honestly it’s a sophisticated sexy show and I understand why it was probably a bit highbrow for E! You guys would be amazed at how many REALLY GOOD pilots never see the light of day. I’m so proud of our show and the cast chemistry. We have a great team and I hope #Songbyrd finds a home somewhere with real class and balls.”

Is Bethany Joy Lenz a painter?

Bethany Joy Lenz’s impressive artistic endeavors have been popping up sporadically on her social media feeds for years, but it wasn’t until January of 2018 that the multi-talented entertainer decided to devote serious time to creating it.

“So, I guess I’m gonna do this more lol,” Lenz revealed on Instagram, along with a photo of her surrounded with some of her pieces. “Head over to @thelenzgallery. I’ll start posting eventually. Processes and paintings etc.”

Bethany Joy Lenz definitely has artistic genes. She said via her Instagram post, “My dad is an artist. I haven’t asked him yet but I bet he’ll join in on the account if I beg him to.”

In November 2017, Lenz checked off yet another milestone: directing a short film. Sharing the moment on Instagram, she encouraged fans to check out her directorial debut, Somebody’s Mom (part of the Nasty Habits web series). Lenz then spoke about the experience on Twitter, thanking Nasty Habits writer-director Christina de Leon for “hiring women like me to direct and helping to keep creativity an open forum.”

It isn’t the first time, and surely not the last, that Lenz has made the salient correlation between female creatives and substantial material. “There’s a serious lack of interesting material for women late 20s/early 30s right now. So — I’m writing my own. I’m also looking for more material to produce to create more jobs for women in my industry and lend my voice,” Lenz told Bellus magazine in 2015.

As well as portraying the character of Haley James Scott, Bethany Joy Lenz has also directed the following episodes:

How much is Bethany Joy Lenz worth?

Who was Bethany Joy Lenz married to?

Bethany Joy Lenz was married to Enation keyboardist Michael Galeotti. After six years of marriage and a daughter, the couple divorced in March 2012. Galeotti passed away in 2016.

Is Bethany Joy Lenz dating anyone?

Most recently in 2019, Bethany Joy Lenz had landed a part in the main cast for the series Pearson, where she plays the character of “Keri Allen”. You can also catch her in the 2020 television film Match Up as “Natalie Simmons.”