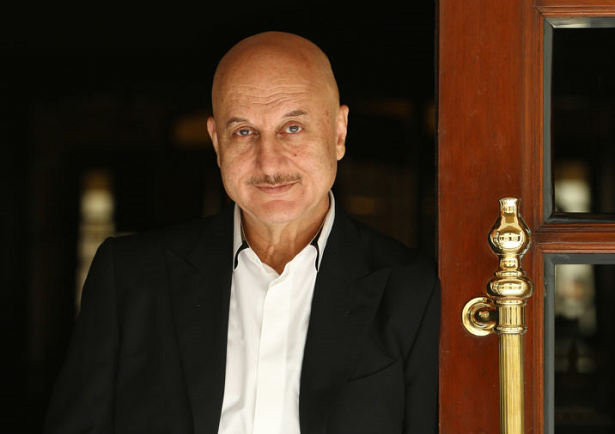 Bollywood actor Anupam Kher, who we have seen essay a variety of roles took on a completely new one while he penned down a book titled, ‘The Best Thing About You Is You!’ in 2011. The seasoned actor put pen to paper to draw lessons from his personal life that could inspire his readers and it seems the idea worked as he made it to Richtopia’s The 200 Most Influential Authors. Ranked 6th on the list, the actor-turned-author shares this mention with acclaimed writers such as J. K. Rowling, Paulo Coelho, Michael Moore, John Green and E. L. James. The list has also featured a few big names from India such as HRH Dalai Lama, Amitabh Bachchan and Shashi Tharoor.
The book was an instant bestseller as soon as it hit the shelves and has been passed on to Kher’s co-stars in the Oscar-winning, Silver Linings Playbook, Robert De Niro, Bradley Cooper & Jennifer Lawrence. Among his other Hollywood friends who received the book are Russell Peters, Armie Hammer, Gerard Butler and Dev Patel.
Says Anupam, “I am humbled at the honour of this mention. I’m glad that I am in the company of such great authors. I hope the book continues to reach out to readers looking for inspiration.”
previous post

How Kylie Jenner Became the Youngest Billionaire at 21

Logan Paul: Who Is He – 10 Interesting Facts About The Social Media Icon!