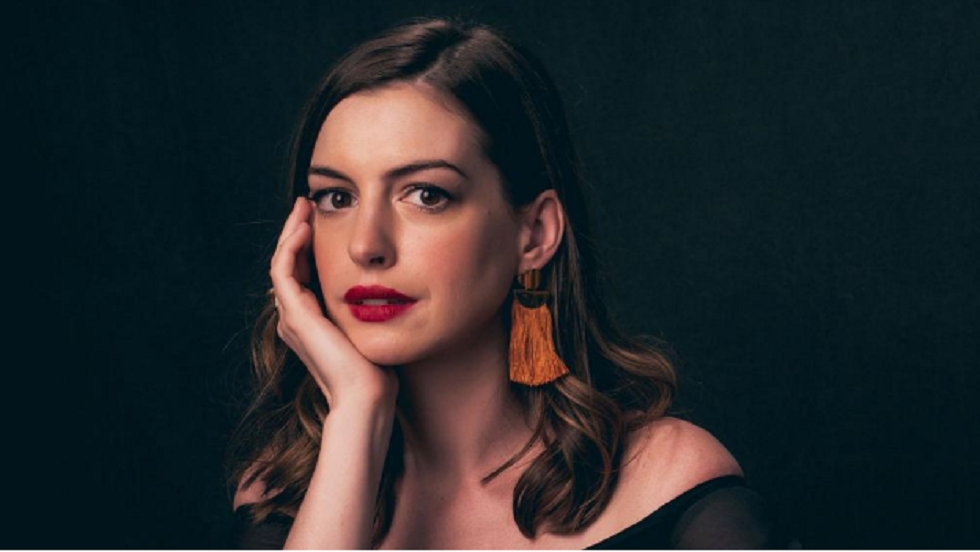 Who is Anne Hathaway?

Anne Jacqueline Hathaway is an American actress, singer and producer born on November 12, 1982, in Brooklyn, New York. She received various awards including a golden globe award, academy award. Hathaway is famous for her roles in The Princess Diaries, The Devil Wears Prada, Les Misérables and many more. In the year 2015, Forbes mentioned Hathaway as one of the highest-paid actresses. Her net worth is around $35 million.

Anne Hathaway was born and brought up in Brooklyn, New York but later at six, she moved to Millburn, New Jersey. She gained interest in acting at a very young in which she got involved in a few stages of productions and commercials. She excelled at performing the acting craft making her the first and only teen getting admitted in the Manhattan-based acting workshop to the Barrow Group, an acting and theatre school in New York. In the 1990s, Hathaway also had a keen interest in U.S politics (in the country’s history) and singing in which she performed in New York City’s Carnegie Hall as she was a member of the All-Eastern U.S High school honor chorus. She gained theatrical experience held by Paper mill playhouse with her performances in Life on Earth, Once Upon a Mattress, Gigi and Jane Eyre. Hathaway’s focus was to develop an acting career in the Broadway but she found out that because of her height and the innocent look she could not play as an adult or child roles. Because of which she turned her focus to screen productions and appeared in Fox’s TV series ‘Get Real (1999-2000)’ while she was still high school. It was her first break getting cast as Meghan in ‘Get Real’ even though the series lasted for only one season she got noticed by the viewers for her performance. Later in the year 2000, Hathaway attended Vassar College in Poughkeepsie, New York to major in English and also learned women’s studies as her minor subject.

In 2001, Hathaway became a star with her debut film ‘The Princess Diana’ in which she played as Mia Thermopolis a shy 15-year-old girl who discovers that she is an heir to a royal throne of a small European state named Genovia, therefore, she tries to prove her grandmother she is worthy of that title. They base the movie on the novel by Meg Cabot. Her performance and appearance in this movie led to a comparison with actress Julia Roberts by various moviegoer and critics, the movie performed well and earned $108 million at the box office. She received a nomination on MTV movie award for the best breakthrough female performance. Not only that, but she had another lead role for the movie The Other Side of Heaven filmed in New Zealand before her debut film got released in that year. Hathaway also voiced the audiobook for the three books in The Princess Diaries novels. Later in February 2002, for her New York stage debut, Hathaway starred in a musical ‘Carnival!’ based on a 1953 film Lili and based from the novel Love of Seven Dolls by Paul Gallico. She portrayed as a Lili an orphan who falls in love with a magician. For around two weeks she did training with a vocal coach before she could practice with the other cast members. Critics praised her as a new star for her performance in the musical and Charles Isherwood of Variety called Hathaway the highlight of the show. She won an award (Clarence Derwent Award) for the most promising female. In 2002, Hathaway voiced as Haru Yoshioka for the English version of The Cat Returns. She worked in films like Ella Enchanted (2002) and Nicholas Nickleby (2002) where she played princesses and family-oriented roles in those few initial years making her known as a children’s role model. The comedy-drama film Nicholas Nickleby (2002) directed by Douglas McGrath based on a cold-hearted uncle who separates his family after Nicholas father’s death. He tries to whatever to help his sister from escaping to marry Sir Hawk. The movie did not enter the wide release, and it failed at North America’s box office with less than $4 million in ticket sales. Hathaway played in a fantasy romantic comedy film Ella Enchanted (2004) directed by Tommy O’Haver which based on Gail Carson Levine’s 1997 novel and later on went to play the second part of the film The Princess Diaries 2: the royal engagement (2004). She starred in an American crime drama film Havoc (2005) which about teenagers who belong in Los Angeles who gets inspired by the hip pop culture to get involved in the gangster lifestyle and later faces various consequences. In the same year, she got offered to play as Alma, Ennis wife in the film Brokeback (2005) where she starred alongside Jake Gyllenhaal and Heath Ledger. To which she later read the script and auditioned for the role Lureen instead. The movie received many nominations and positive reviews. In 2006 she played the voice of Red Puckett in an animated musical comedy thriller film Hoodwinked! And also starred in The Devil wears Prada (2006) where she plays as an assistant to one of the biggest fashion magazine editor, the ruthless Miranda Priestly played by Meryl Streep. The movie became Hathaway’s biggest movie success grossing for over $326.5 million worldwide.

In 2007, Becoming Jane was her only movie in that year which was a British-Irish biographical film where she played as English author Jane Austen. For her role, she moved to England to improve her accent. She received a British Independent Film Award for best actress nomination for the movie.She played in a drama Rachel Getting Married (2008) directed by Jonathan Demme which she earned a nomination for her role. She played various other roles in the next following years such as Bride wars (2009), Love and Other Drugs (2010), Valentine’s Day (2010) and Alice in the Wonderland (2010). Hathaway voiced Jewel a female Spix’s macaw in the animated movie Rio a production by Fox and Blue Sky Studios. Later in 2012, Hathaway starred in two bigger projects The Dark Knight Rises and Les Misérables. She received an Academy Award (Best Supporting Actress) for the role she played in Les Misérables. Some other films of Hathaway are Don Jon (2013), Song One (2014), Interstellar (2014) and Rio 2 (2014). Her most acclaimed movie was The Intern in 2015, which is about a 70-year-old widower becoming a senior intern at an online fashion for a dubious boss. With a two years break, Hathaway returned to the big screen for the film Ocean’s 8 (2018) where she acted alongside Sara Bullock, Rihanna, and Cate Blanchett.

Anne Hathaway’s father, Gerald Hathaway is a labor attorney and her mother, Kate Hathaway is a former actress. She has three siblings being the middle child, her older brother is Michael Hathaway and younger brother is Thomas Hathaway. Hathaway dated Topher Grace from 1999 to 2001 is still friends and even played a romantic couple on Valentine’s Day (2010). Later she dated restaurateur Scott Sartiano for a lesser time in 2002. In 2003, she was in a relationship with Hugh Dancy for two years is 8 years older than her. It didn’t work out with him and from 2004 to 2008 she dated Raffaello Follieri. His charity became a focal point which made her dump to him later which could affect her career. She met Adam Shulman in 2008 and married him in 2012. They have two children named Jonathan Rosebanks Shulman their elder son born in 2016 and is expecting her second child.

In her teenage years, Hathaway battled depression and anxiety. She is also an LGBT activist and supports same-gender marriages. Hathaway got appointed in 2016 as the UN ambassador for her interest and support for gender equality. In 2008, Hathaway received an award for her work and philanthropy from the human rights campaign. She gets involved in a few charities like The Step Up Women’s Network, St Jude Children’s Research Hospital, The Creative Coalition and The Human Rights Campaign. Hathaway got mentioned in Forbes Celebrity 100 lists in 2009.

Hathaway has 65 nominations and 54 wins out of these nominations in her entire career. She received an Academy Award, Golden Globe Award, British Academy Film Awards, Screen Actors Guild Award and Primetime Emmy Award each of one. With her outstanding performance in the film like Rachel Getting Married (2008) and Les Misérables (2012), she got a nomination for two-time Academy Award and three-time Golden Globe Award. For her role in Les Misérables as Fantine, she won other awards including BAFTA Award, Screen Actors Guild Award and Golden Globe Award. She also won an Austin Film Critics Association Award, Chicago Film Critics Association and Academy Award for best actress. For her contributions to the industry, Hathaway got a motion picture star on the Hollywood Walk of Fame on May 2019.

How Can I Tell If My Dog is in Pain?

Spray in Truck Bed Liner vs Drop in Bed Liner