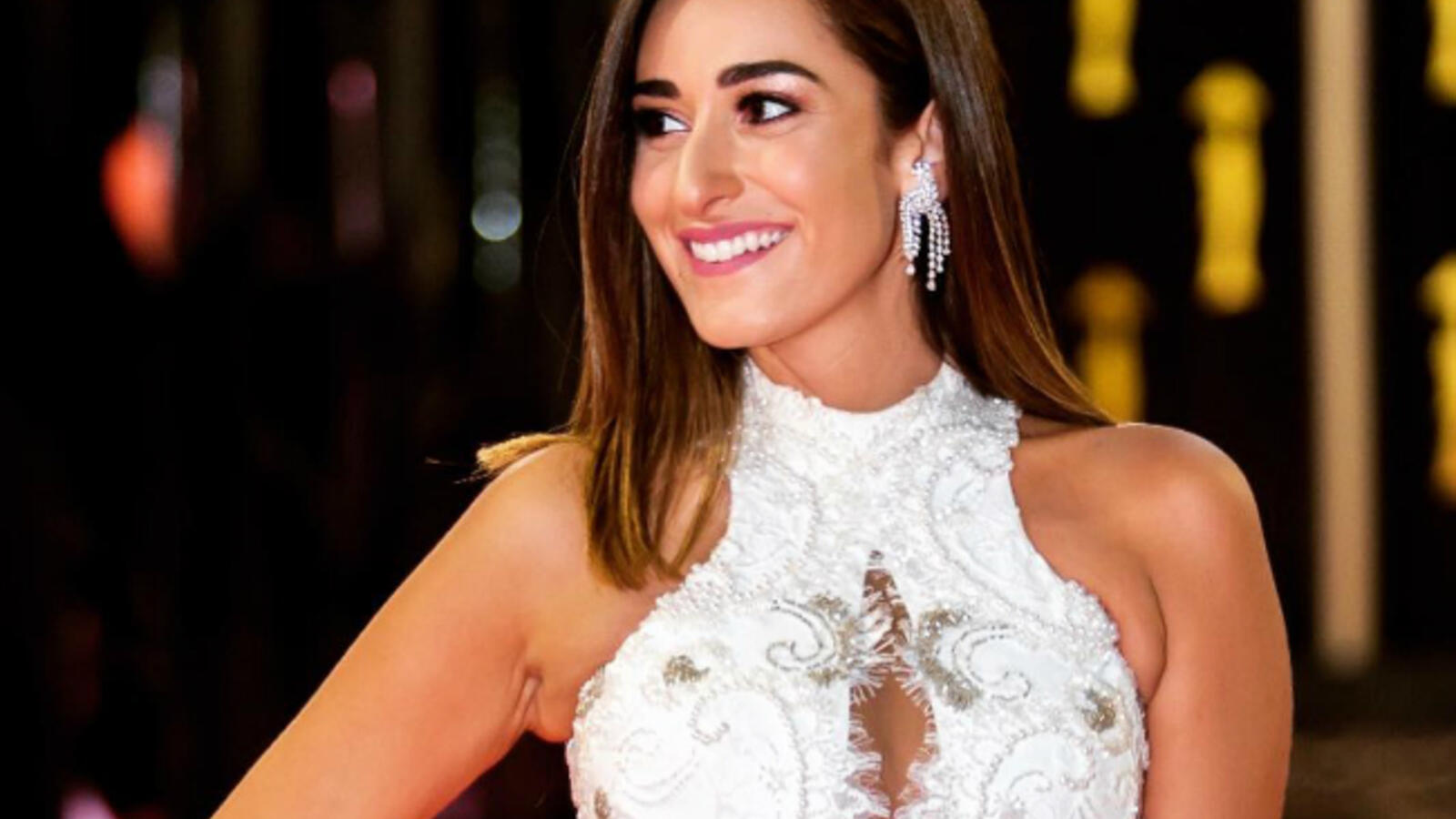 Who is Amina Khalil?

She also gained some popularity with exceptional roles in cinema where she starred in the films, Asham, Khetta Badeelah (Plan B) and Sukkar Mor (Sour Sugar) with a performance that drew great critical acclaim and attention to her talent and landed her a lead role in the movie Khanet El Yak, The Treasure with Mohamed Ramadan and The Cell alongside Ahmed Ezz. Lately, Amina Khalil is filming her upcoming lead role in Acacia series with Thafer El Abdeen, El Badla with Tamer Hosny as well as the movie 122 with Ahmed Dawoud and Tarek Lotfy. However, her breakout role came in the 2016 television hit, Grand Hotel, and there’s been no stopping her since.

With a degree in acting from the American University In Cairo and after Amina Khalil’s graduation, she continued to pursue her acting career by studying at the highly reputable Lee Strasberg Theatre and Film Institute, Hollywood.

How old is Amina Khalil?

The role that has most recently garnered Khalil huge praise and recognition is that of Kariman in Layalie Eugenie, which further showcased the actress’s acting chops. She stated “It was such a difficult role, probably the most difficult for me to date. I remember one of the most challenging scenes for me came at the end of the first episode, the one where Ismail, my husband (played by Khaled Kamal), tells me he has taken our daughter away. That was very difficult. The scene where Ismail ends up coming back was also very scary. Pretty much the whole storyline with Ismail was an overwhelming challenge. Plus, Khaled Kamal is a very intense and talented actor. Just his physical presence in the room carries energy. When he starts speaking, he emanates a wholly different atmosphere, and the way he’d look at me put me on another level,” she says, recounting the experience. “I also still needed to put in much effort in the rest of the scenes, because the character itself is very challenging. Kariman had to lie in order to cover up her act. Every lie that she came up with came out of fear. She’s not an evil person who enjoys lying to people. That’s not her truth; it’s not where she comes from,” she explains in her interview with eniGma magazine.

Although Amina is a seasoned actress with many projects already tucked under her belt, she still finds herself learning from her co-stars, even the younger ones. “Ahmed Malek, who’s like a little brother to me, always dazzles me with how he truly loses himself in a character. When he’s in a scene, it’s just so real. He’s one of those people who truly show you the beauty of acting. He has zero reservations, physically and mentally. That’s something I respect and will always look up to; it surpasses age and experience. I’ve also had the chance to work with huge stars, like Youssra, Adel Imam and Samir Ghanem, who are all amazing actors with rich experience and an amazing repertoire of work. Then, you have Malek, who is very young, and is an incredible actor,” Khalil explains, reiterating her praise for her La Totfea’ Al-Shams (Don’t Turn Out the Sun) co-star. In addition to Malek, Khalil also applauds actor Mohamed Mamdouh, with whom she has worked on several projects. “He’s also one of my very good friends who taught me to be focused, to dedicate myself to a role, and to lose myself for those few moments in a scene and just genuinely be the character,” she declares in eniGma magazine.

When it came to the question of whether there was gender inequality in the entertainment industry in Egypt, she replied candidly to eniGma magazine, “I think that if women create really good work and their work speaks for itself, eventually, they get to the point where it’s not about being a man or a woman. I think there are more leading men because more men probably have more experience. But you do have women who are breaking these norms, such as Yousra, Hend Sabry, Mona Zaki, Ghada Adel and many more. Do I think this is enough? No, and as I always say, there is a problem with the writers, who mainly write more male-oriented scripts rather than female driven ones. But over the past few years, I’ve noticed that writers have started to pay more attention to very strong female actresses who are capable of carrying works of art alone, to be the protagonist of the story. Of course, whether we like it or not, we do live in a male dominated society, but I don’t think the situation is stagnant. I believe that women are moving, and they’re moving very powerfully towards having more equality in show business. It’s coming along quite nicely.”

Anima Khalil on being confident despite body shaming in the industry

In addition to acting, Khalil has made a name for herself as a style icon in the contemporary fashion world, often appearing on the best dressed lists on the red carpet. “It’s all my own, but I think I’m lucky that my best friend is a stylist. Like other girls, I call my best friend and ask for her opinion. My best friend happens to be a stylist, though, so she knows what she’s doing,” Khalil says, proudly.

In a heartfelt open letter to the media who have criticized her body, the Egyptian actress Anima Khalil shared an unedited image of herself from the closing ceremony of the 2018 El Gouna Film Festival to reveal that she is (gasp!) a normal human being with curves, and she is perfectly fine with that.

“Yes, I don’t eat much the day I know I’ll be wearing a crop-top that night. And yes, I come home after wearing the crop-top and have Gebna Say7a or maybe even a Quarter Pounder! But you know what! so does everyone else!” She goes on to suggest that these are things that most women do, regardless of whether they’re a superstar actor or not. “And those midnight snacks standing in the kitchen surrounded by girls doing the same thing, make me feel normal,” Khalil continues. “Because we are all normal human beings.”

The 29-year-old goes on to suggest “Because I wouldn’t trade those moments for anything. Because the laughter or jokes or gossip sessions I’ve had during those midnight snacks make me have a life. And I love them. And what better way to remember the last year of my twenties than moments that make you laugh until your stomach hurts, or until barabeer comes out of your nose?”

This is not the first time that Khalil has taken a stand against critics. Amina has spent much of her time speaking out against body shaming, most recently in the September 2017 issue of Vogue Arabia, where she revealed that many directors and film producers have tried to persuade her to undergo cosmetic surgery to make her nose smaller. The actress, who has learned to embrace her features and feel comfortable in her skin, revealed, “There are only two instances in which I support plastic surgery. One, if a woman feels that it will improve her overall happiness, or if she was born with a birth defect.

Today, Khalil seems to effortlessly exude poise and confidence, but she explains that it wasn’t always easy feeling comfortable in her skin. “I think defying society’s expectations of what makes a woman beautiful was one of the challenges I faced earlier in my career. After a while, I understood myself more. Once I became true to myself, it wasn’t a challenge anymore. I still have moments when I’m about to go out, I stand in front of the mirror and I think, “Oh my God, I don’t look good,” and I get washed in self-doubt. The thing to do at that moment is to stand there and think through it, be true to yourself and go through the situation. When you do that, you’ll be reminding yourself of who you are, and you keep going,” reveals the self-assured Khalil, who in addition to being an activist against animal cruelty, is also a known supporter of women’s rights.

Amina Khalil embraced the Humanity Burn Free awareness campaign for burn victims, initiated by Ahl Masr Foundation and joined it to provide awareness and prevention from burns as well as the comprehensive, internationally recognized model of care for burn victims to regain their full potential, physically, psychologically and socially.