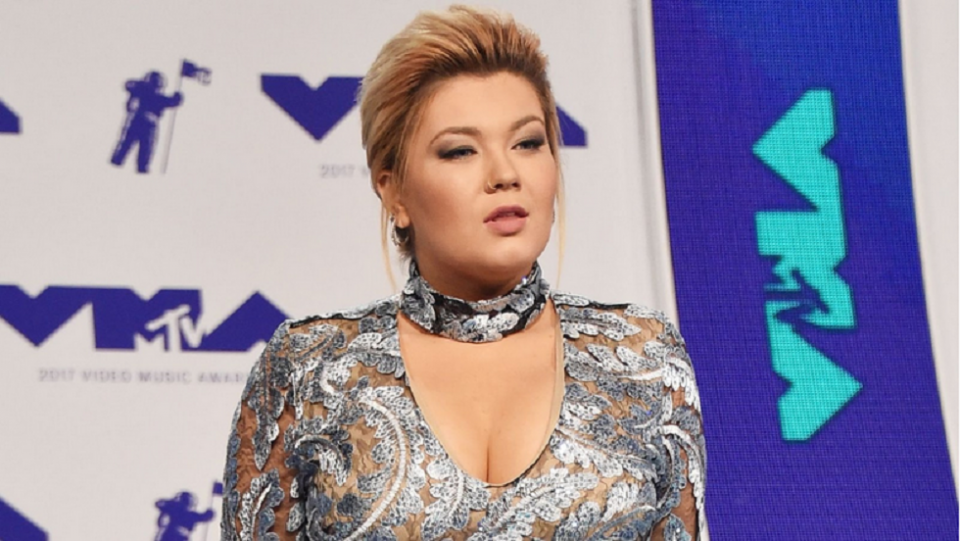 Amber Leann Portwood is a famous American reality television star and a convicted criminal. Hailing from Anderson, Indiana, Amber Portwood rose to fame (or infamy) after being cast in the reality series 16 and Pregnant in 2009. The show centred around the pregnancies and initial phase of motherhood of many teenage girls. Amber Portwood received particular public attention in 2010 where an episode documented her domestic violence against her partner, Gary Shirley, with Portwood eventually imprisoned for this and other crimes. She also went on to also abuse her third partner Andrew Glennon.

Portwood was also cast in the spin-off series Teen Mom, and appeared in each of its four seasons until its conclusion in 2012. In March 2015, Portwood, along with Maci McKinney, Catelynn Baltierra, and Farrah Abraham, returned to MTV for the fifth season of the show, renamed Teen Mom OG.

When was Amber Portwood born?

Amber Portwood told the press that she’d been neglected by her mother in her early teens, after her mother began having an affair. She attended Anderson High School, but dropped out after becoming pregnant.

When did Amber Portwood become pregnant for the first time?

Portwood became pregnant by her then-boyfriend, Gary Shirley, in 2008 and, later that year, on November 12, at the age of 18, gave birth to their daughter, Leah Leann Shirley. Portwood and Shirley were engaged for a time but ultimately separated, with Shirley being granted full custody of Leah in December 2011. Shirley went on to wed Kristina Shirley (née Tinch, formerly Anderson), by whom he has a daughter, Emilee Grace Shirley, and become a police officer.

Amber Portwood: Other relationships and pregnancies

From 2014 until 2017, Portwood was engaged to Matt Baier, an amateur DJ she met through the social networking site Twitter.

Yes, Amber Portwood has been diagnosed with bipolar disorder and borderline personality disorder.

“This has nothing to do with [my] bipolar [disorder]. This is called a REAL woman speaking REAL facts…I’m going to really make a difference. I’m going to save people’s lives. I just saved a few people’s lives last week. Literally.”

“For everyone who wants to talk s**t and say I need MTV so bad…I can make more money a month, a year, doing stock markets than I do from MTV…I appreciate what I do and the money that I get [from MTV] but to write me off like that [is all I get] is a slap in the face.”

MTV aired footage of Portwood’s violent behaviour towards her child’s father Gary Shirley, most notably a September 2010 broadcast showing an assault in which Shirley refused to physically defend himself and was injured. The MTV crew failed to intervene during Portwood’s attacks and also failed to report the crimes to the police. An investigation from the police department of Anderson, Indiana, and that city’s branch of the state Child Protective Services was later launched after the authorities were alerted by concerned viewers of the footage upon its broadcast, weeks after the incidents occurred.

The episode showed Portwood punching, slapping, and choking Shirely, she then kicked him in the back as he descended a set of stairs. The broadcast sparked hundreds of public complaints questioning Portwood’s suitability to be a mother. Police searched Portwood’s apartment, finding “evidence that requires further investigation,” but would not specify what had been found at the time; it was later revealed that Portwood had been caught with a large quantity of marijuana and crack cocaine. On November 3, 2010, it was reported that Portwood agreed to allow Indiana CPS to monitor her for up to six months in exchange for Child Protection Services allowing her to maintain custody of her daughter Leah.

On November 18, after an extensive investigation, Portwood was charged with three counts of domestic violence, two of them felonies, in connection with separate incidents of on-camera abuse of Shirley. In its official statement with regards to the charges on Amber Portwood, MTV said: “We are cooperating with all parties and hope for a quick and fair resolution that allows everyone involved to move forward in a positive manner.” On 9th June 2011, Amber Portwood pleaded guilty to two felony counts of domestic battery and was given a two year suspended sentence and two years probation.

Amber Portwood was arrested for a Class D felony in December 2011. She was charged with possession of a controlled substance and the violation of her probation on her earlier domestic-violence charges. The violation was caused by her breach of the condition which required her to behave well in society, obtain a GED certificate, complete six months of anger-management training, pay her probation fees, and set up a $10,000 college fund for her daughter Leah. Prior to her January 27, 2012 hearing, Amber Portwood was held at the Madison County Jail. During the hearing, Amber Portwood pleaded guilty on both charges and her sentencing hearing was scheduled on February 6, 2012. At her sentencing hearing, Portwood was given a five-year suspended sentence with the provision that all charges would be dropped if she went to and completed rehab.

In March 2012, Portwood failed to take a required drug test, violating the associated condition of her suspended sentence and putting herself in jeopardy of having the five-year suspended sentence reimposed. At the ensuing probation violation hearing, the judge in the case declined to reimpose any portion of the suspended sentence, instead requiring Amber Portwood to complete 30 days of daily drug tests. Amber Portwood violated her probation for the third time by dropping out of her rehabilitation program. As a result of that violation, the court reimposed Portwood’s five-year sentence in its entirety in June, 2012.

On June 13, 2012, Portwood began serving her five-year sentence, during which she was expected to attend substance abuse classes and earn her GED.

On July 5, 2019, Portwood was arrested in Indianapolis, Indiana and charged with two counts of domestic battery and one count of criminal recklessness with a deadly weapon, after she struck boyfriend Andrew Glennon in the neck while Glennon held their son James in his arms, threatened to commit suicide by overdosing on clonazepam, and used a machete to attempt and break into the room where Glennon was hiding with their son. Portwood made bail the following day, after posting a bond of $2,000, and was released from jail. A restraining order was issued against Amber Portwood, ordering she have no contact with Glennon. In October 2019, Amber Portwood pleaded guilty to two felony charges of domestic battery and intimidation, and was sentenced to 906 days of probation. Should Portwood violate her probation she will be sentenced to five years imprisonment. Amber Portwood was also directed to attend 26 weeks of parenting classes.