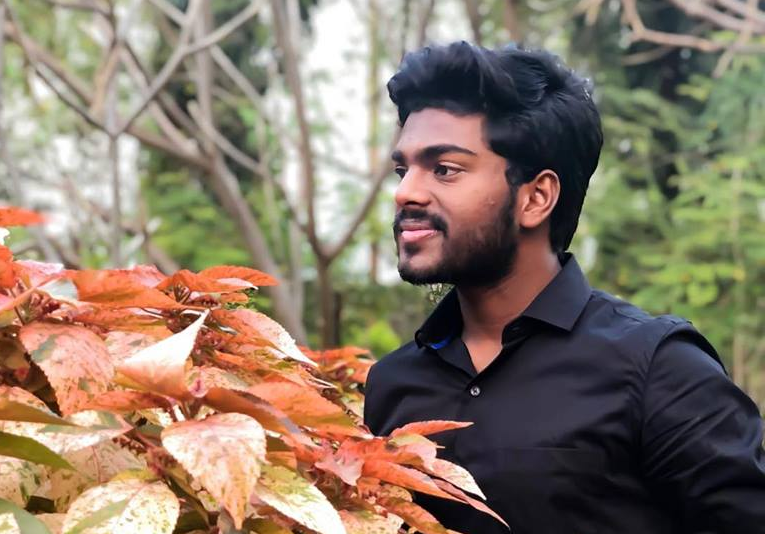 With the astonishing success of many music videos lately, many actors too are not hesitating to give it a try. Earlier in the news for his debut into Tamil cinema, young talent Laughy Paul is now making it big with his recently released music video ‘Tenu Apna Bana Lena’.

Here’s a recent conversation with him on his experience & upcoming plans at the cinematic front:

How did ‘Tenu Apna Bana Lena’ happen to you?

Well as you know that my Bollywood debut ‘Jaykara’ will be released next year, and the production house ‘FishEye Entertainment’ was also up for this new music video ‘Tenu Apna Bana Lena’ so they signed me for the project. Infact, this is my second association with them.

The song is getting an astonishing response, how does it feel?

It certainly feels amazing when your work gets such great response. For that, I would like to give all the credits to the audience out there, my family, friends, my academy students and my loved ones.

What special efforts you took for your looks in the album?

I always have the idea of changing the looks, trying something different and new, as I believe in the word ‘different’. Even my colleagues often compliment me for the change and difference in my looks, acts, skills, body language among other things. In ‘Tenu Apna Bana Lena’, the director Prince Khan wanted a different and charming look which no one had tried earlier. We made a lot of effort and tried for around 15-20 different styles. It was a great experience to find myself in a completely new look.

How difficult was prepping up for the job mentally?

Prepping up for the song was a bit hard for me, as I was completely busy with the shoots of my films and it was only in between when we got the dates of this song. So getting into the character in terms of acting and looks was a bit of a challenging task for me and also time taking. But I firmly believe that if we love our job and take it seriously, it would never be that hard and you’ll surely accomplish it.

I feel it’s just amazing that Punjabi songs are doing so well. Infact, all the songs in different languages are superb and mesmerising. Just like previously the trend was of Tamil Songs like ‘Apdi Podu’, ‘Nakku Mukka’ and others, the next songs becoming the trend are the Punjabi ones. The best part is just like the previous trend, this trend is also a massive hit and a large section of people in India listen to Punjabi songs even if they don’t know or understand the language!

What was the biggest hurdle for you in the whole process?

It was that the entire shoot was in the mid of May! Can you imagine? In Mumbai surviving that month is the biggest challenge. Just imagine how the whole unit shot in that melting heat. It was a big challenge for us, but we didn’t give up and successfully completed the job.

How’s Ayli Ghiya as a co-star in the album?

Ayli is such a sweetheart! She’s so friendly, hardworking, talented, good to everyone and a foodie as well. The Best part was the moment when I was signed for this song and the same day she too was invited for the audition and the look test. Later, the director made us meet each other for the first time. During our meeting, she opened up and said “I Know you very well and follow u too!”. Though it was a happy moment for me, I was quite surprised as artists never open up so soon. I feel as a co-star I loved working with her and also her down to earth character.

Where do you find Semy Simran as a singer?

I would say that as a singer both Allen KP and Semy Simran have given their best efforts. The song had too many rows and scratches until the final version.