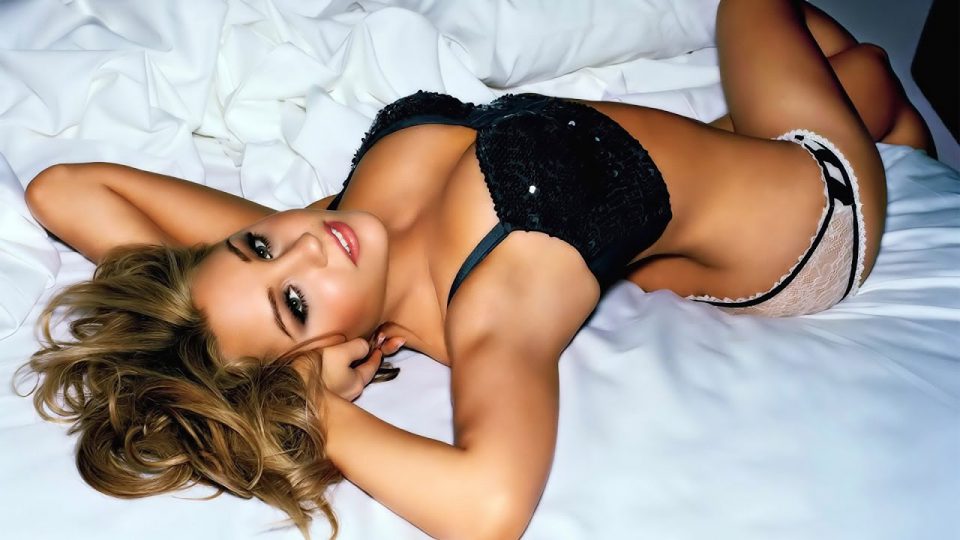 Amand Bynes: The Rise and Fall

How did Amanda Bynes become a superstar?

Amanda Bynes became very famous for her numerous roles in many hit shows of the 90s and 2000s. This led her to a lot of success and she eventually became an icon for all the teenagers. She had her own show on Nickelodeon and she went on to become the most iconic face of Nickelodeon. She was expected to make a smooth transition from Nickelodeon stardom to success as an adult. Without a doubt, her fame was assured. But everything changed when she began to appear in the press for being detained due to drug possession, trying to burn her pants and insulting her colleagues on social networks. Her bad image made the production companies stop taking her into account for future projects, as happened with the red-haired Disney star.

How did Amanda Bynes’ problems start?

Her problems began in 2006, after filming “She’s the Man”, where he had to play two different roles: that of a woman and a man. The plot centers on a young woman who pretends to be her twin brother and replaces him at school, where she falls in love with Duke (Channing Tatum), her roommate. Amanda Bynes said that she went into depression for a long time after seeing herself as a boy in the movie. This marked the time period in which she became incredibly obsessed with her looks and her image became the centre of her existence, affecting her work very badly.

In 2007, she began filming for “Hairspray”, the year in which she found an article in a magazine, which discussed Adderall as “the new drug to lose weight.” This is clearly a danger and it is important to take precautions every time you talk about miracle recipes to change the body in some way, since it can generate complications in the health of the readers. Adderall is an amphetamine, which is used for the treatment of attention deficit hyperactivity disorder and narcolepsy. “Everyone was talking about how a lot of women took it to stay skinny, so I said, ‘I have to get one of those,’” Amanda said. In order to obtain this medication, Bynes attended a psychiatrist and faked the symptoms of the disease in order to obtain the prescription she needed to be able to buy it.

Amanda Bynes’ drug addiction began to take its toll on her and, for the recording of “Carta Blanca”, things began to get complicated. “I remember chewing Adderall in the trailer and not being able to focus on my dialogues,” confessed the artist. She left the comedy mid-shoot and had to be replaced by Alexandra Daddario. “What I did was unprofessional, leaving like this and leaving them with everything hanging when they had already spent so much money,” he told the press.

When did Amanda Bynes retire from acting?

Amanda Bynes’ retirement occurred shortly after she had to attend the premiere of “Easy A”, the famous movie starring Emma Stone. That’s where she realized she had to give up: “I couldn’t stand my appearance in that film and I didn’t like my performance either. After seeing it, I was convinced that I should stop acting, “she said.

From that moment on, her world began to collapse. Her retirement was announced by Twitter, a way of which she regrets, because “I should have done it through a press release, but I was drugged. I was young and stupid. ” She began to have too much free time and realized the emptiness she was beginning to feel in her life: “I used to smoke all day. I really concentrated on drugs and my world became very dark and sad, “she confessed.

She began to have more interaction on social media, but not for the better, as she messed with celebrities and wrote comments like “Rihanna, Chris Brown hit you because you weren’t pretty enough”, “I want Drake to murder my vagina” or “Rihanna, you look so ugly when you try to look white.” These tweets made users perplexed and she started turning into a hateful figure.

The covers of the magazines had her photo with captions that put her in an even more complicated situation: arrest for drug possession, throwing a bong with marijuana from the window due to the arrival of the police, burning her pants, shaving her hair and driving under the influence of illegal substances. Things got worse and worse, but now she looks back and realizes what he did, regretting most of the things.

But this was not the only chaotic thing that happened in his life, but an alleged event also occurred that destroyed the light that she possessed bodily. She was a very talented, graceful girl and she had fun going to the tapes of fiction. The problem is that industry and abuse, in some cases, go hand in hand. But just as there are many situations that came to light and were verified, there are others that were not. Theories have revolutionized social media just a few years ago when Nickelodeon’s most famous producer was kicked out of the company for no official reason.

What accusations did Amanda Bynes make against Dan Schneider?

Many people might not know Dan Schneider’s name but he was a powerful creative force behind hit Nickelodeon shows like “Zoey 101”, “Drake and Josh” “The Amanda Show”, “iCarly” and “Victorious”. This man took photographs of the actresses’ feet and in most of the images found with him, he seemed to be too close to them, being that they were minors at the time. Although he was one of the brilliant minds for the company, there was something about him that made people uncomfortable. Later on, it was exposed that he was an alleged abuser, due to the statement reported by the channel, where he explained that its business with Schneider had come to an end for no apparent reason (note that this happened after the sexual harassment problems began in Hollywood).

Sometime before, more exactly in 2013, Amanda Bynes confessed on her social networks that the producer had abused her. Let’s remember that both worked together for “The Amanda Show” and that would be explaining many things that happened to the actress. But that was forgotten and was never brought to justice, due to the actress’ mental instability. By that time she was going through very hard times with her depression and excessive drugs. But there were people who stayed with her comments and began to theorize that it could be real, while other individuals who collaborated with Schneider highlighted his strange habits with the little ones.

Users on social networks realized that there are certain jokes, in some episodes of their series, that were not very appropriate for a children’s program. The same with the insistence of the feet on the screen, something that was probably a fetish of the producer, and that were seen in most of his productions. On his Twitter account, he has come to ask his followers (most of them are minors) to send him photographs of their feet, as well as one of the actresses making jokes about it. In addition, it sexualized young adolescent girls, putting them in somewhat sensual situations for the small audience.

An anonymous letter, exposing Dan Schenider, went viral a few years ago and is believed to have been from Amanda Bynes. Sometime after this, Jennette McCurdy (“iCarly”, “Sam & Cat”) uploaded a video to Vine, disguised (believed to imitate Bynes) and with excessive makeup (as she looked at that time), where she looks at the camera and says, “Hi Dan Schneider, I know you’re looking at my Vine. Do you like my Vine? Look what you did to me. ” The controversial video aroused intrigue on social networks and they decided to believe the version told by the protagonist of “She’s the Man.” The funny thing about all this is that the subject was never discussed again and McCurdy made the decision not to respond to the publication, which to this day is unknown if it was a joke or if it really is the truth.

What is Amanda Bynes doing now?

As of now, all the allegations against Dan Schneider have not been proven. However, a lot of people have said that his attitude towards teenagers wasn’t normal. There is a reality, and it is that Amanda had a problematic life for different reasons but, especially, because of the early fame that she did not know how to handle. The alleged abuse from Dan Schneider might’ve also played a part. Amanda Bynes has retreated from the public eye these days and lives a very private life. As per the latest news about her, she is pregnant with her first child with her partner, Paul Michael.

7 Card Games That Are Unbelievably Thrilling