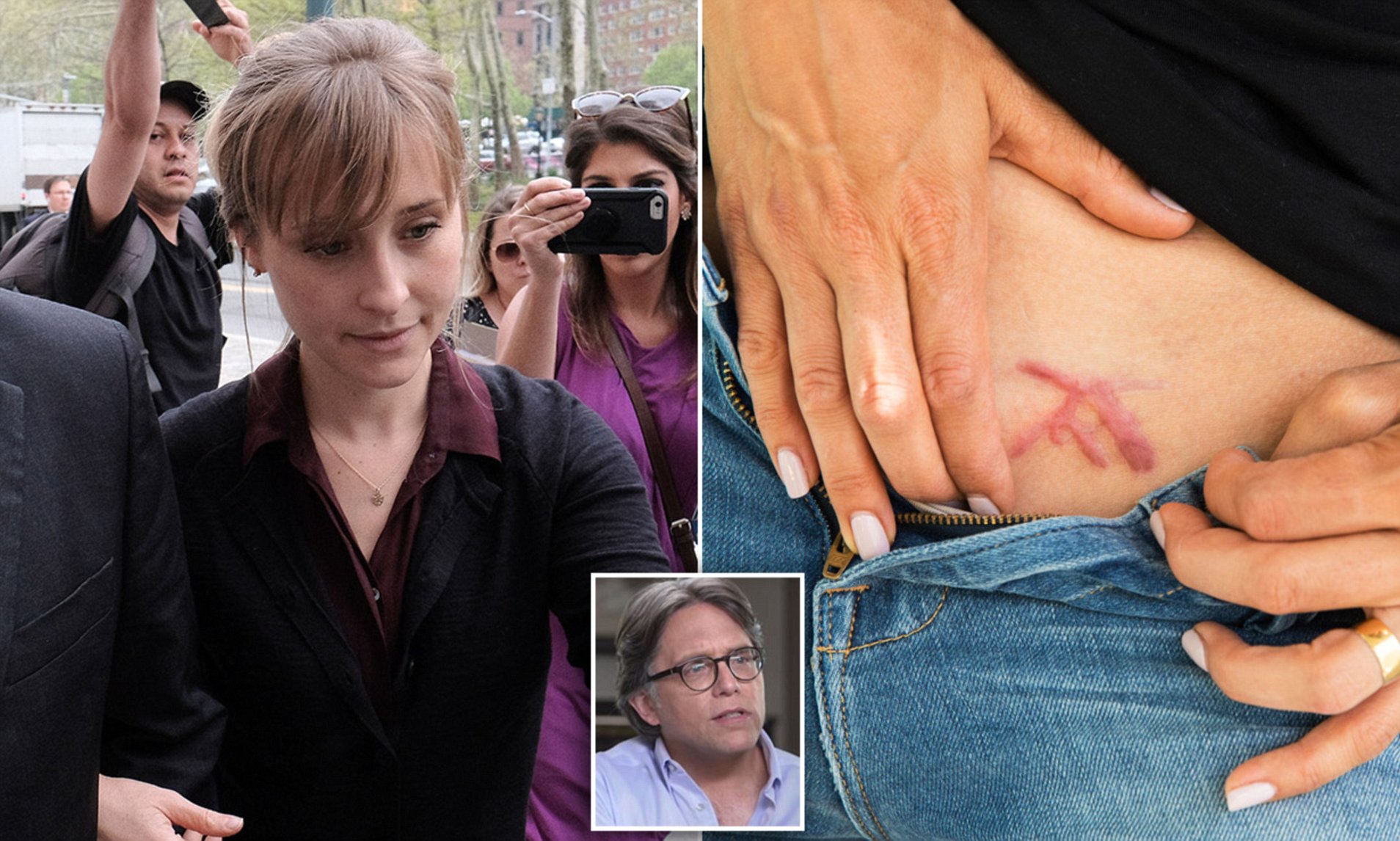 BROOKLYN, NY - MAY 04: Actress Allison Mack arrives at the United States Eastern District Court for a bail hearing in relation to the sex trafficking charges filed against her on May 4, 2018 in the Brooklyn borough of New York City. The actress known for her role on 'Smallville' is charged with sex trafficking. Along with alleged cult leader Keith Raniere, prosecutors say Mack recruited women to a upstate New york mentorship group NXIVM that turned them into sex slaves. (Photo by Jemal Countess/Getty Images)

WARNING: Some of the following details may be sensitive.

How It All Started For Allison Mack

Who is Allison Mack?

American actress, Allison Christin Mack is known for her roles as Amanda on the FX series Wilfred and Chloe Sullivan on the WB/CW series Smallville. Allison Mack also had a very misleading hobby.

Allison Mack was reportedly second in command of the so called ‘self-help’ cult NXIVM. The leader of NXIVM, Keith Raniere, was arrested in Mexico on March 26th and also faces charges of sex trafficking. Allison Mack was allegedly a “key recruiter” for the cult, luring women into the organisation, where they were branded and held as sex slaves.

It was also revealed that Allison Mack, along with another former high-ranking NXIVM member Lauren Salzman, was Raniere’s sexual partners. During her testimony, Lauren Salzman spoke about the brand and its meaning. And while her word is not definitely authoritative, she has an opinion about the brand that was scarred into DOS slaves by a white hot cauterizing pen that was wielded, in most cases, by a licensed physician, Danielle Roberts, D.O.

Allison Mack pleaded not guilty to the charges and a judge has approved the release of the actress on a $5 million bond. Allison Mack has now left jail but she will be under house arrest in California and must wear an electronic monitoring device.

Allison Mack was arrested in Brooklyn by the FBI on April 20, 2018, on charges of sex trafficking and forced labor conspiracy. During her arraignment proceedings, Allison Mack was accused of entering a sham marriage with Nicki Clyne to help Clyne circumvent US immigration laws. Prosecutors say, Allison Mack recruited women to join the organization and used tactics such as blackmail to force them into engaging in sexual activity with Raniere( the leader of the cult) against their wishes and enslaved them to do menial tasks, for which Raniere allegedly paid Mack. Allison Mack is said to be second-in-command of NXIVM after Raniere.

On April 24, 2018, Allison Mack was released on a $5 million bond and held under house arrest under the custody of her parents in California. She was charged with recruiting women into “DOS”, a sex cult propagated by NXIVM that disguised itself as a women’s self-help group. In March 2019, it was revealed in court that Allison Mack and the other defendants were in “active plea negotiations” as Raniere (the cult leader) appeared in court to plead not guilty to child pornography charges.

Also in April, Allison Mack wept in court as she admitted to charges of racketeering related to her involvement with the cult. Speaking to the court, the disgraced actress said: ‘I believed Keith Raniere’s intentions were to help people and I was wrong.

On April 8, 2019, Allison Mack pleaded guilty to racketeering conspiracy and racketeering charges, and was scheduled for sentencing in September 2019. The conviction was postponed by the court to grant sufficient time to conduct pre-sentencing investigations.

Old tweets show Mack reaching out to Emma Watson, star of the Harry Potter films, to tell the actress about an “amazing women’s movement”, although she never mentioned NXIVM by name in her tweets. “I’d love to chat if you’re open,” Mack tweeted to Watson in January 2016. A month later, she sent Watson another message which said: “I participate in a unique human development and women’s movement I’d love to tell you about. As a fellow actress, I can relate so well to your vision and what you want to see in the world. I think we could work together. Let me know if you’re willing to chat.”

.@EmWatson I'm a fellow actress like yourself & involved in an amazing women's movement I think you'd dig. I'd love to chat if you're open.

.@EmWatson I participate in a unique human development & women’s movement I’d love to tell you about. As a fellow actress I can relate so…

Former Members And Their Initiations

In her new memoir, Scarred, former cult member Sarah Edmondson has shed light on the painful initiation ceremony that many of the women went through. According to Sarah, she was asked to join a separate sisterhood group within the cult – DOS – in January 2017. In order to become an official member of the group, Sarah was asked to send nude photos of herself with videotaped confessions of her ‘darkest secrets’.

The 42-year-old wrote in an excerpt obtained by People: ‘Seven weeks later I flew to Albany [New York] for the ceremony with four other members.’
Sharing harrowing details, Sarah revealed: ‘We were told that we’d all be receiving an identical tattoo the size of a dime. ‘Instead, we took turns holding each of the other members down on a table as NXIVM’s resident female doctor dragged a red-hot cauterising pen across the sensitive area just below their bikini line.

In the latest testimony in the trial of Keith Raniere, a woman identified as Nicole told the jury what it was like going from aspiring actress to the “slave” of ‘Smallville’ star Allison Mack

A friend of Allison Mack, Nicole had confessed to Allison Mack that she was depressed and suicidal and was struggling to make sense of her life as an aspiring actress. Mack was kind and reassuring. “She said she had something she thought would fix how I was feeling,” Nicole said. “It was gonna make everything better.” Allison Mack described it as a “really cool women’s mentorship program for those who were serious about being strong women.” But her friend Allison Mack had one condition. “If I wanted to get more information on this mentorship, I’d have to provide collateral,” she said.

Even other former members of NXIVM have testified about this terrifying the concept of providing “collateral,” such as nude or sexually explicit photos or humiliating testimonials, was the first step to becoming a part of DOS, the alleged all-female sex cult within NXIVM headed by Keith Raniere (leader) , who was known as the “grandmaster” of DOS.

Nicole didn’t know this at the time; as she claimed during her testimony, she didn’t even know Keith Raniere was involved with DOS at all. She had no idea that as part of her role in NXIVM, she would be asked to seduce the cult leader Keith Raniere; she had no idea that she have to be blindfolded, told to tied down and subject to have oral sex with someone whose identity would be kept a secret from her; she had no idea she would be subject to physical punishments, or asked to pose for invasive, close-up photos of her vulva, or branded with Keith Raniere’s initials.

All she knew was what Allison Mack told her in a follow-up meeting at New York City’s Ace Hotel: that she was being invited to join an “intense, growing women’s empowerment group where they were pushing each other to be stronger, physically, mentally, intellectually, so that they could live the kind of life that they wanted to.” Nicole was on board. Trusting and respecting Allison Mack, who was just a few years older than Nicole and had built the type of career aspiring actors dream of having, was a huge mistake.

Catherine Oxenberg produced the Lifetime television film Escaping the NXIVM Cult: A Mother’s Fight to Save Her Daughter with actress Sara Fletcher playing the role of Allison Mack in 2019