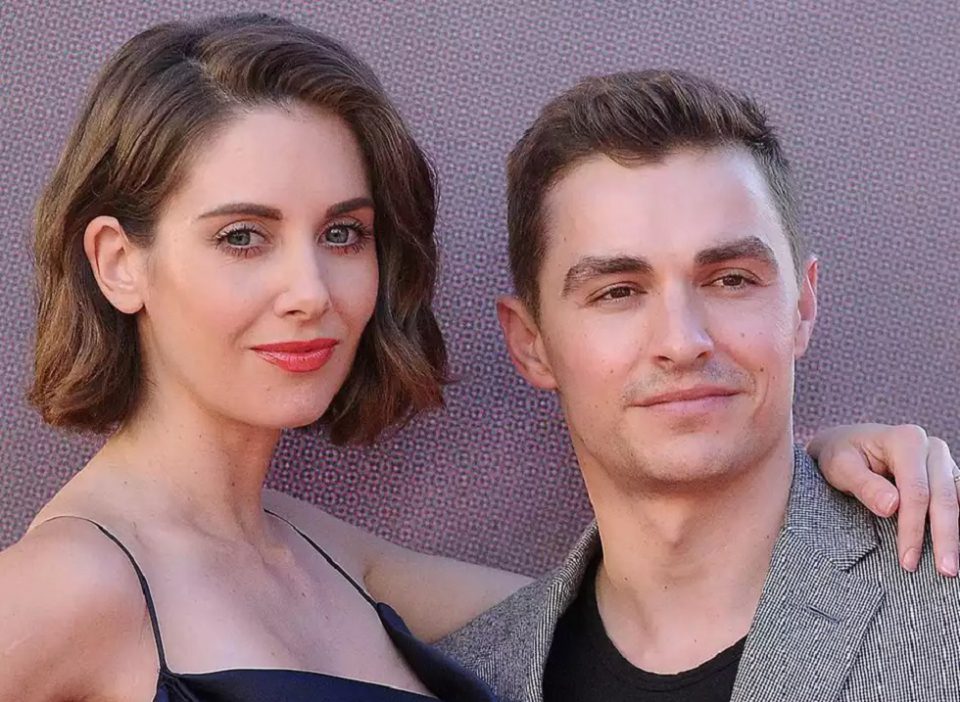 Dave Franco starred in “The Disaster Artist,” the “Now You See Me” and “Neighbors” franchises and the upcoming “6 Underground.” The 35-year-old Franco is best known for his roles in the Neighbors and 21 Jump Street films. His wife Alison Brie plays the lead role of Ruth Wilder in “Glow,” and has credits on “The Post.” She is 37 and starred as Trudy Campbell on Mad Men. She also played Annie Edison on the TV Show Community.

Brie and Dave Franco were introduced by mutual friends during Mardi Gras:

In March 2011, the two met through mutual friends in New Orleans, Louisiana. Brie and Franco were both in the area celebrating Mardi Gras.It’s not like they just randomly bumped into each other on the street, though. Alison Brie once recalled that she had met Franco at a restaurant through a mutual friend.

In an interview with Yahoo, Brie joked that she wouldn’t necessarily recommend trying to meet your future husband during Mardi Gras, but in this case, it worked!

“People were like, ‘So you’re…the ones it works out for,’” Brie said. “I don’t think I’d recommend it normally; it’s sort of outside of both of our characters.”

The couple were quite private about their relationship for a long time to a point where people had no idea that Brie and Franco were even dating. It wasn’t until May 2012 when they were first spotted holding hands together, while grocery shopping, per Us Weekly.

In an interview with Yahoo, Brie was asked if keeping their relationship private takes a lot of effort. But she didn’t really feel like it does, saying, “We don’t go out of our way, we just don’t flaunt it.”

Dave knew Alison Brie was his “only option” after she fell in love with his two cats:

Dave Franco shared his thoughts about his marriage to Alison Brie, during The Tonight Show Starring Jimmy Fallon on Thursday, September 21. He told the world how he knew she was the one as he admitted that Brie’s love for cats was a huge plus in their relationship. “I don’t know how I became the quirky cat guy,” he told Fallon. “They’re a huge part of my life … At one point in my life I was the single guy with two 16-pound cats.”

It definitely weeds out a lot of potential dating partners,” he continued. “We call them the small panthers. Alison loves them, thank God. She was really my only option [for marriage].”

They were engaged after three years of dating:

The ‘Mad Men’ actress and ‘Scrubs’ actor who’ve been dating since 2012, have kept their relationship on the down low. The two were engaged in 2015, and it was later confirmed by Dave’s brother James Franco on Instagram, who wrote: “Congrats Davy and Allison!!! Engaged!!! I WUUUUUUV YOU ❤.”

On the proposal, Alison Brie revealed to Larry King that it was a complete surprise. When Dave Franco got down on one knee in Big Sur, California, Alison Brie said she was so shocked that she immediately started laughing out. She then “asked him a number of times if he was being serious before saying yes.”

The actor from 21 Jump Street popped the question to Alison Brie with a classic and totally swoon-worthy sparkler. Alison’s engagement ring is a round-cut diamond with a pavé double halo set on a rose gold band.

Alison Brie changed her mind about marriage, for Dave Franco:

The proposal came as a surprise to fans, as Brie previously believed she didn’t think she was “very bridal” during an interview with Elle Canada. “I don’t even know if I want to get married,” she said in 2012. “I’ve never been the girl who’s planning my dream wedding — I was always practicing my speech for the Oscars. That was my dream, which is kind of sad but kind of great” she told Elle Canada in March 2012.

So, what changed her mind? “I just met that person that I was like, ‘Well, I’m really in love with you and would like to grow old with you,’” she later told Yahoo! Style. “I actually think it’s much more romantic when two people are like, ‘Oh, I could go either way on marriage, but I want to marry you.’”

Brie and Dave Franco did not want a big wedding in 2017:

Dave wed fiancée Alison Brie mid-March during a secret ceremony, ever since, fans have been dying for details! While promoting The LEGO Ninjago Movie at CinemaCon in Las Vegas this week, the actor admitted he wanted to keep the ceremony completely “low-profile.”

During the premiere of Neighbors 2: Sorority Rising, the 31-year-old divulged on some surprising wedding plans, but still managed to keep a tight lip. “We keep kinda paring it down,” Franco shared to E! Online, “to the point we might elope. It just seems easy, and simple, and nice,” the actor explained. “I don’t need a big wedding. I don’t want a big wedding.”

Franco still managed to keep an air of mystery around the ceremony. “It was great, it was really special,” Franco revealed to Entertainment Tonight. “It was intimate, and it was really fun.”

They seem to worked together in harmony:

Franco and Brie were paired together in The Disaster Artist, which was directed and led by Franco’s older brother, James Franco. The couple also co-starred in the 2017 black comedy The Little Hours together.

The pair would soon work on a more serious role with each of them directing separate shows,

Speaking on E!’s Daily Pop, she spilled: “I love it! It was wonderful, it was the best thing ever to shoot – you know he’s my person, he’s like my best friend and the person I’m closest with on this earth, so it was really fun to be on set together and watch him directing and discover this new part of his career.

“That was very cool to be witnessing that and feel so proud of him because I had just directed an episode of ‘GLOW’, so we got to connect on this new creative level.”

Brie directed the seventh episode. Speaking to the LA Times back in May, she said that “it was a dream” to direct. “I loved it so much and feel slightly addicted already to the feeling of it.” Co-star Betty Gilpin added, “Ali is one of my favorite directors I’ve worked with, for sure.”

The ‘GLOW’ star has opened up about what it was like working with her spouse – who she tied the knot with in 2017 – on the set of his upcoming horror movie ‘The Rental’, which is his directorial debut, and how they managed to “connect on this new creative level”.

‘The Rental’ follows the story of two couples who decide to rent a home for a short celebratory vacation away but things quickly start to go wrong.

Alison recently admitted she finds it hard to call her husband by his real name:

Alison couldn’t cope when he told her to call him David Franco whilst on set for The Rentals movie. Dave Franco wrote the script with Joe Swanberg. The story centers on two couples who rent a vacation home for a celebratory weekend.

The 36-year-old actress is so used to calling him pet names such as “honey” and “babe”, that she finds it strange whenever she has to address him in a “professional” manner.

She said: “It’s the best. He’s such a sweet guy and put everyone at ease on set. We’ve worked together as actors before but never in this capacity.

“It’s his first film that he’s directed. So there was this learning curve of, day one rehearsal one, we’re talking about the blocking in the scene and I was like, ‘Honey, do you think I should cross at this time?’ I was like, ‘Do you want me to call you Dave on set when we’re around the actors?’ He was like, ‘Could you call me David Franco? I need you to be professional.'”

Although Dave, 34, was keen to keep things as strict as possible, his wife Alison confessed that the professionalism didn’t last long at all! She added: “We’re a real ‘babe’ and ‘honey’ household. It was a full ‘babe’ and ‘honey’ set. I will tell you.”

These two actors let us know that connection is everything: from changing thoughts about marriage to directing your lady and resonating on a new creative level, their relationship tells us that we need to be with someone who can positively affect your work and life, so much so that you get married during the movie you’ve made together.

11 Most Important Images On The Internet