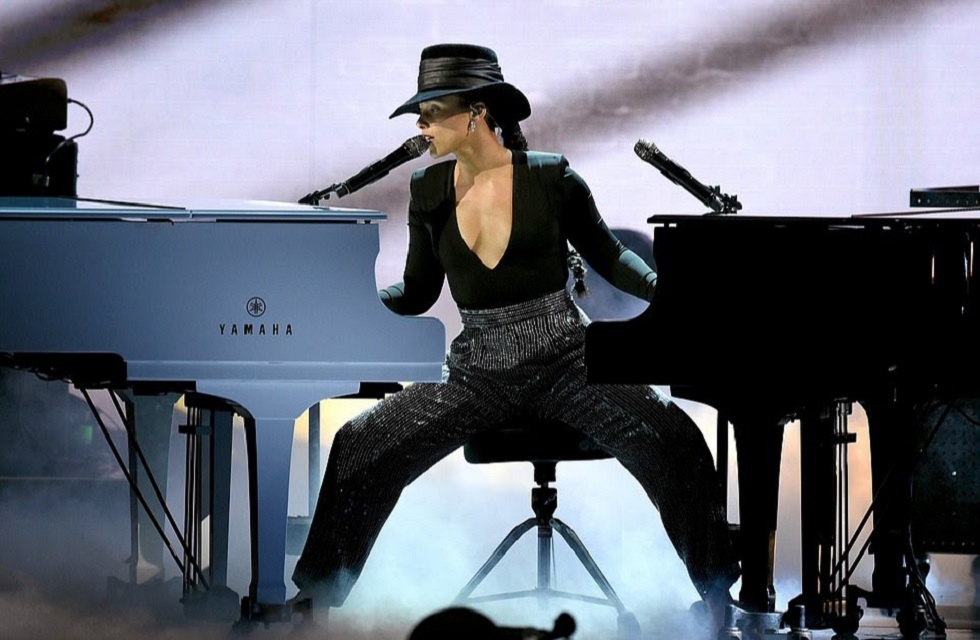 Alicia Augello Cook, popularly and professionally known as Alicia Keys, is a famous musician, singer, songwriter and record producer hailing from New York, USA. She is also called Lellow by some people.

Alicia Keys showed an incredible ability to play the piano and write songs from a very young age. Alicia Keys started composing songs at the tender age of 12. Her talent was so astronomical that Columbia Records signed her to a deal when she was just 15 years old. However, she went on to have some disputes with the label and signed with Arista Records. Her debut album “Songs in A Minors” was released by J Records in 2001. The album was wildly successful, selling 16 million copies worldwide and had her first ever Billboard Hot 100 number 1 hit, Fallin. Alicia Keys also won five Grammy Awards for her debut album. Alicia Keys has had a very commercially and critically successful music career. She is also married to famous music producer Swizz Beatz. Alicia Keys’ net worth combined with her husband Swizz Beatz is $100 million as of 2020.

When was Alicia Keys born?

Alicia Augello Cook was born on the 25th of January, 1981, in New York. Cook is the only child of Teresa Augello and Craig Cook. Alicia Keys is biracial. Her father is African-American while her mother is Caucasian. Her father left her mother when Keys was just 2 years old. Alicia Keys was raised by her mother during her formative years. Throughout the course of her career, Alicia Keys has chosen to not speak about her father to avoid perpetuating negative stereotypes about children raised in a single parent household.

How did Alicia Keys start her music career?

Keys began her professional musical career in 2001 with the release of her first studio album, ‘Songs in A Minor’. The album was a smash hit and sold over 16 million copies worldwide. It also gave Alicia Keys her first ever Billboard Hot 100 chart topping single in Fallin. The album also helped Alicia Keys bag five Grammy Awards.

Alicia Keys made her debut in the world of acting with the role of Georgia Sykes, a female contract killer in the 2006 flick, Smokin’ Aces. The film also starred famous actors such as Ben Affleck. Andy Garcia, Ray Liotta and Jason Bateman.

In 2009, she released the album, ‘The Element of Freedom. This marked a distinct departure from the soul music themes of her previous efforts.

Her album ‘Girl on Fire’ was out in November 2012. It was a mixture of conventional genre songs and piano ballads, with occasional references to marriage and motherhood.

Who is Alicia Keys’ husband?

What is Alicia Keys’ net worth?

Alicia Keys has had a very successful and accomplished music career. She has received a lot of awards throughout her career. She has won 15 Grammy Awards. 17 NAACP Image Awards, 12 ASCAP Awards, and an award from the Songwriters Hall of Fame and National Music Publishers Association. Alicia Keys has sold a staggering 65 million records over the course of her career.  Alicia Keys was also selected by Billboard as the top R&B artist of the 2000s. Billboard also placed Alicia Keys at number 10 on their Top 50 R&B/Hip-Hop Artists of the Past 25 Years list. With such an incredibly successful music career, it’s no surprise that Alicia Keys’ net worth is $100 million (when combined with the net worth of her husband Swizz Beatz).

“How far you go depends on what you want for yourself, how much you’re willing to leave on the floor, and how much you wanna face the fears you have inside of you. It’s everything we’re all dealing with every day.”

“The more you know the stronger you become, the closer you feel to yourself and the farther you can go.”

“It’s when we become afraid of everything and worried about everything that you are never going to reach your highest potential.”

“I think that I’ve come to terms with the fact that that’s just going to happen for the whole duration of my life. I feel really good about being able to look myself in the face and say, “Oh, who are you now?” And that might change.”

“Right now the way I define beauty is individuality and wisdom, which I think creates certain inner confidence. And no confidence in a way that’s only on the surface, but a deep-down knowing of yourself or settling into who you are.”

As a young girl, Alicia Keys excelled at school. She was an excellent student and got great grades. Instead of embracing this she hid away from it, scared that she would be deemed a teacher’s pet and be made fun of. Living a life where one is afraid to be successful because of a lack of others’ approval is not the ideal scenario. Nothing should matter more than your personal success.

Sometimes it takes a strong and powerful woman to change the perception of women being inferior to men in some ways. Women should show the world who is boss and kick butt, whether you are  wearing heels or not while you do it, doesn’t matter. There is no shame in admitting you are beautiful because you are. We all hold beauty within us and the most important thing is being beautiful on the inside. If you are a good person with a good heart and good intentions then you have every right to stand there and call yourself beautiful.

There are too many women in the world who are so quick to dismiss themselves because of a simple flaw or imperfection, you should realize that it is those little imperfections that actually make you all the more beautiful, be proud of that.

One of the biggest icons of modern day pop music, Alicia Keys is an extremely successful musician, singer and songwriter. She has performed numerous concerts worldwide and has sold millions of albums. Alicia Keys has enjoyed a strong run of consistent critical and commercial success throughout her career. She made a tremendous start with an incredibly successful debut album, and hasn’t looked back ever since. As of 2020, Alicia Keys’ net worth is around $100 Million.