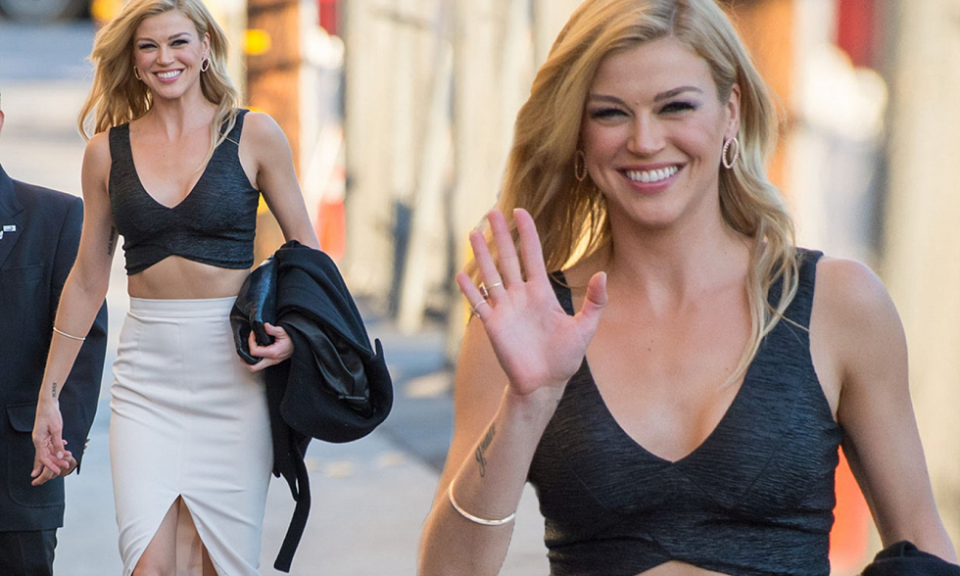 Superhero extraordinaire and spy, the American actress Adrianne Palicki is best known for her roles in Friday Night Lights (2006–2011), in ABC series Agents of S.H.I.E.L.D. (2014–2016), in the films Legion (2010), G.I. Joe: Retaliation (2013), and John Wick (2014). Her first role was in the Lost in Space remake, but what’s most surprising was her huge cult following that came from her role on Legion. Palicki performs her own stunts — as witnessed in the film, making her the perfect Wonder Woman, had it all worked out. In the Red Dawn remake, she reprises Jennifer Grey’s role of Toni and the movie is a must watch for all of her fans.

Lynda Carter took on the persona of the cult classic Wonder Woman series for four seasons from 1975-79, and with experience comes some advice. She emphasized the amount of pressure Palicki would be facing had the series gone into fruition: “I think it is an amazing role to play. I know she is going to be really nervous about it, just because you would be,”

“But I have a lot of confidence in David Kelley and what he’s going to come with up.” Carter believed it was time the story needed to be. “I think the story needs to be retold,” she said. “It needs to have a fresh look at it. It affected a lot of people. I think it’s time, I think it’s important to have it out there again.”

“Gosh, I could never offer her any advice. Nor would she probably want any. If she wants to talk to me, that would be a whole different thing. … She’s an actress and she’s a good actress and she’s beautiful, and I hope she kicks butt.”

No wonder she was cast as Wonder Woman, Adrianne Palicki’s height has always made her stand out.

When Adrianne Palicki first came to LA she was a sandwich maker:

Her story isn’t exactly rags to riches but like a lot of people she’s had to work her way up and become the star she wanted to be from the get go. Born in Toledo, Ohio on May 6, 1983, the actress went to school at the local Whitmer High School.

During this time, Adrianne Palicki was very sporty as she ran track, played basketball, and was a runner-up for homecoming queen. Before landing acting gigs, she used to work by making sandwiches at Togo’s restaurant, when she first came to LA. As a job it’s not the worst, especially when you’re looking to keep yourself in a home while attempting to become a famous actor. Everyone’s got to start out doing something to pay the bills.

In any case she is a celebrity and she has turned in some very notable performances.

Adrianne Palicki has a tattoo of her parents’ names on her arm:

The Ohio native was born as the daughter of Nancy Lee (née French) and Jeffrey Arthur Palicki. Her tattoo exists for sentimental reasons as a lot of people that get names tattooed on them, choose to remember and hold on to their loved ones.

Many people don’t know this, but the Palicki kids are huge comic book fans. Already a collector and reader of comics, at a young age, it was helpful to both herself and her brother to pursue their own path within the same realm. One went on to become cast as Wonder Woman and the other is a comic book writer.

The actress actually collaborated on a comic book with her brother at one point which is kind of interesting. In 2016, Palicki and her brother, Eric, collaborated on writing their first comic book, titled No Angel, published by Black Mask Studios. The first issue was released November 30, 2016.

Adrianne also likes to paint and draw when not filming. Man is this family talented or what?

Adrianne Palicki tried to see a play every week when she lived in New York:

Adrianne was convinced that this was what she wanted to do so going to see as many plays as she could was a good way to research and to enjoy the experience that might one day be hers. A lot of people still enjoy the lively nature of the theater since it’s a lot more engaging than watching a movie most times.

Adrianne Palicki would have starred in a couple of DC series that didn’t get picked up:

Did you know that at one point in time, Adrianne Palicki was going to star as Nadia in an Aquaman TV series? Unfortunately for her it was dropped before it could go anywhere, and she would go on to play Diana Prince/Wonder Woman.

She was engaged to a stuntman for a while:

One has to think that it might be difficult to be engaged to a stunt person if only for the fact that their job is inherently dangerous and there’s no way to know if they’re going to get seriously injured on the job or even killed at times.

But since the actress herself is known for performing her own stunts in Legion, she might have a soft spot and a lot of respect towards the profession, especially since they risk their lives on a regular basis.

She suffers from celiac disease:

Adrianne Palicki has been very open about her battle with celiac disease. It is a rather painful disease that can cause malabsorption as well as damage the lining of the intestines. There are a lot of cases reported each year but not fatal.

End of the world movies usually feature strong characters who go against fear and embrace bravery, ready to battle anything. The whole idea is that a plague of angels is upon us to eradicate humanity and only one child can act as humanity’s salvation. The film Legion and  G.I. Joe: Retaliation did okay, but it turned a lot of heads towards the path of Adrianne Palicki.

According to an interview with Jimmy Kimmel, the actress confessed that she had barely burped in her life, calling it a disability. With the highest count of burps, ranking at 6, the actress spoke about how people tried to teach her how to burp, but failed to do so, until it came out during the worst time.

Possibly the most conscious time of an actress is when he/she goes in for an audition, back in 2006, Adrianne went in to audition for a tv series called South Beach. According to Adrianne herself, this was a model type movie where the plot follows a Brooklyn native as he moves to South Beach with his best friend Vincent in order to seek out better economic opportunities, as well as check up on his ex-girlfriend, Arielle Casta – a fashion model.

Adrianne was delivering her monologue when a burp came out of nowhere but she managed to pull herself back together, change her hair, and go back into the casting couch. No one could remember that she was “burp girl” and the actress bagged the role of Brianna, a blonde fashion model who has dreams of making it big in the fashion world. Brianna is Arielle’s best friend, and has recently been getting sexually involved with Vincent, the main character of the show. Enjoy this blast from the past.

She’s had one hell of a career:

When you compare both TV and films, Adrianne has really managed to establish herself as an actress and has done a great deal of work since her emergence in 2003. It’s easy to think that she might do even more moving forward. She’s got the talent and the look but her early career goes something like this:

Adrianne Palicki has had a strong love life:

Many famous men have dated The Orville and Legion actress Adrianne Palicki, and this list will give you more details about the charming men who were once in her life, or continue to be. Including Adrianne Palicki’s current boyfriend and past relationships we have listed her dating history which tells you everything you need to know about Adrianne Palicki’s love life.  The men in her life come in all shapes and sizes, which makes you question exactly what her type is, right? This list of Adrianne Palicki’s boyfriends and rumored exes includes Scott Grimes, Jackson Spidell, and D. J. Cotrona.

G.I. Joe: Retaliation costars D.J. Cotrona and Adrianne Palicki dated from August 2011 to June 2013. Donald Joseph Cotrona (born May 23, 1980) is an American actor, known for his role in the film G.I. Joe: Retaliation (2013) and as Seth Gecko in the El Rey Network horror television series From Dusk till Dawn.

After meeting on the set of John Wick, Adrianne Palicki started dating Jackson Spidell in 2013. They became engaged in September 2014, but split up in 2015.

In July 2018, The Orville costars Adrianne Palicki and Scott Grimes were rumored to be dating after they were seen holding hands on the carpet during San Diego Comic-Con.

Back in January, Adrianne took to Twitter to announce that she and the “American Dad” voice actor and “ER” alum were engaged after less than a year of dating. “So happy to spend my life with you @ScottGrimes #ido #iloveyou,” she captioned a photo of them together showing off her engagement ring.

The pair quietly tied the knot in May — it was Scott’s third marriage and Adrienne’s first. But just two months later in July, the “Agents of S.H.I.E.L.D.” actress filed for divorce, but currently they have called off the divorce.

Farah Khan is great fun to work with: Pooja Hegde