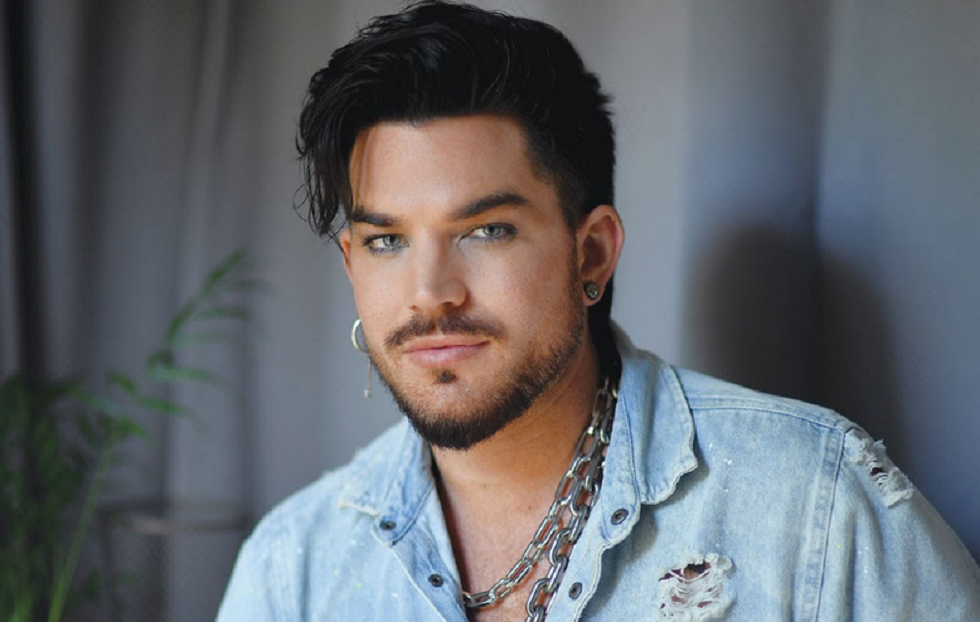 Adam Mitchel Lambert is a famous American singer and songwriter who rose to prominence in the year 2009 after finishing second during the eighth season of the hit singing reality show American Idol. Since becoming famous as a singer through American Idol, Adam Lambert has sold over three million albums worldwide. He has also sold five million singles. After finishing second on American Idol, Adam Lambert released his first album, For Your Entertainment. The album was a major hit and peaked at number three on the U.S. Billboard 200 albums chart. The hit album also spawned several hit singles such as the Grammy nominated Whataya Want from Me. That single earned Adam Lambert a nomination for Best Male Pop Vocal Performance.

Three years after releasing his superhit debut album, Adam Lambert followed with his sophomore smash hit Trespassing. Released in 2012, Adam Lambert’s second album peaked at number one on the US Billboard 200 album charts. In the process, Adam Lambert became the first openly gay music artist to top the Billboard 200 harts. Adam Lambert released his third album The Original High in 2015. That album peaked at number three on the US Billboard 200 chart. The album had the hit single Ghost Town. Adam Lambert has also collaborated with the members of the legendary British rock band queen since 2011. He has served as the lead vocalist for Queen + Adam Lambert and has embarked on several worldwide tours between 2014 and 2020. This is what Adam Lambert said about his shows with Queen: “Those shows I did with Queen were pretty surreal. I was really excited and super-flattered, but intimidated at the same time.”

When was Adam Lambert born?

Where did Adam Lambert study?

Adam Lambert started performing from the age of nine with the Metropolitan Educational Theatre network (now MET2). Seeing his talent and knack in the field, Adam Lambert’s parents enrolled him into more intense acting and vocal coaching classes. Adam Lambert continued to perform with MET2 and the Broadway Bound Youth Theatre Foundation. Adam Lambert studied at Mesa Verde Middle School and then Mount Carmel High School. During his high school days, Adam Lambert was heavily involved in choir and theater. Adam Lambert regularly provided vocals for the school’s Jazz band. He even competed in multiple Air Bands contests. Adam Lambert also went on to appear in local professional productions such as Hello, Dolly!, Camelot, The Music Man, Grease, Chess and Peter Pan. he performed at famous San Diego venues such as The Starlight, The Lyceum and others.

After Adam Lambert completed his high school in the year 2000, he went on to attend the California State University at Fullerton. However, he dropped out of college after five weeks and moved to Los Angeles. Adam Lambert said this about his move:”I just decided that what I really wanted to do was try to work in the real entertainment world. Life is all about taking risks to get what you want.”

He has also performed in opera. In 2009, he auditioned for the reality TV competition ‘American Idol.’ He enthralled the audience week-after-week and secured a position to be in the finals. He emerged as the runner-up of the show. Lambert released his first album ‘For Your Entertainment’ in 2009. It was a commercially successful album. His second album ‘trespassing’ was released worldwide during May 2012. His most recent album, called ‘The Original High,’ was released in 2015. He has also released the EPs ‘Remixes’, ‘Acoustic Live!’, and ‘Trespassing EP.’ His compilation albums are ‘Take One,’ ‘Beg for Mercy,’ and others. He has also released the live album called ‘Glam Nation Live’ in 2011. Adam Lambert has released a lot of superhit singles such as “For Your Entertainment,” “Whataya Want from Me,” “If I Had You,” “Ghost Town,” “Aftermath,” and “Better Than I Know Myself.” He got his first ever movie role in the year 2006. Soon after that, Adam Lambert went on to appear on a lot of TV shows. He made his movie debut in 2006. Following that, the singer has appeared on many television shows. He has appeared in ‘Glee,’ ‘American Idol,’ ‘VH1 Divas’, ‘Pretty Little Liars,’ ‘Majors &amp; Minors,’ ‘The X Factor,’ ‘Lennon or McCartney’, and ‘Project Runway.’ In 2011, Adam Lambert got nominated for the Grammy Awards. He is the winner of the 2009 Young Hollywood Awards. He had also won the Teen Choice Award in 2009. He has received nominations from Television Rack Awards, People’s Choice Awards, Nickelodeon Kid’s Choice Award, and International Dance Music Awards. He has won GLAAD Media Awards, Flecking Records Awards, Chinese Music Awards, and BMI Music Awards. Adam Lambert is also an active television personality and has been a judge or mentor in shows like ‘American Idol’ and ‘The X Factor.’ Adam Lambert is one of the most successful singers in the world. During his time in the American Idol, he has dedicated songs to some of the top music icons. Adam Lambert is a big fan of Lady Gaga, speaking about her, he said: “I think Lady Gaga is great and is changing pop music and bringing back a certain rock ‘n’ roll spirit, swagger to the game.”

What is Adam Lambert’s net worth?

As of February 2020, the estimated net worth of Adam Lambert is $25 million. Adam Lambert has amassed his wealth through his career as a successful singer. Lambert has sold over 5 million singles across the world. He has also sold more than 3 million albums. He has produced many hit singles and has also featured on hit tracks with various other artists.

Adam Lambert is openly gay. He was previously dating reality TV personality, Sauli Koskinen. He has also dated Johnny Weir, Drake LaBry, Ferras, and Brad Bell. He is known to entice the instrumentalist when he is performing. Lambert has made financial contributions to various philanthropic works. He has raised money for the campaign Glam A Classroom. He has also helped in raising money for various gay rights organizations. In 2012, he performed for Olena Pinchuk ANTI AIDS Foundation. He supports LGBT rights and has received the Music Icon award from the British LGBT Awards. He is a darling of the LGBT community and has been a part of several gay pride parades.

“I am gay, and I’m very comfortable with it.”

“I have crushes on women all the time. I don’t have intimate relationships with them, but I find women beautiful.”

“I try to go throughout my daily life just as if nothing has changed, but you don’t have much anonymity anymore, which feels really good. People come up, and say hi and they enjoy your work.”

“For me, one of the important things about keeping vocally healthy is warming up and making sure I’m aware where my voice is at, drinking lots of water and getting plenty of sleep, and just taking care of myself with exercise and eating healthy.”

“The kids that are different and out there and expressive and are bold with those choices, those are the people that grow up to be people we all want to hang out with, that become celebrities or become really successful in what they do because they believe in who they are.”

“Nowadays in pop, there’s not a lot of men that are singing big and loud and high – it’s not as common as it once was.”

“After my tour I had time to stay at home, be with my boyfriend and hang out with friends and that brought me down to earth and helped me write music from a more relaxed place.”

Adam Lambert is one of the most famous and successful male pop singers of today. He is also a big gay icon and beloved by the LGBT community. Through the course of his young career, the former American Idol star has already sold over three million albums. As of 2020, Adam Lambert’s net worth is around $25 million and it’s only expected to grow further as time passes.