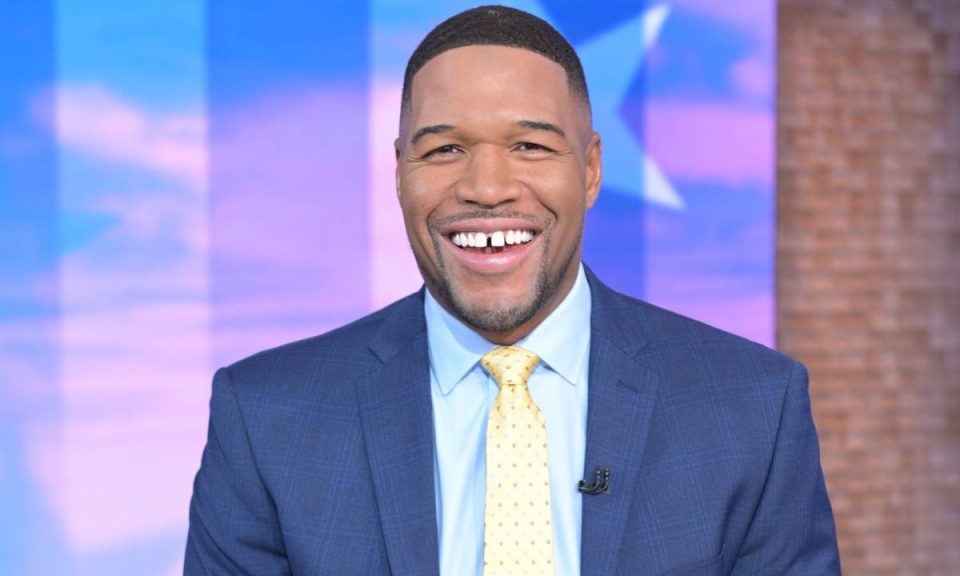 We first saw Michael Strahan as a journalist on TV after retiring from his illustrious football career. He vacillated between Fox NFL Sunday, where he worked alongside other former football stars such as Terry Bradshaw and Howie Long and Live! with Regis and Kelly when he replaced Regis Philbin, who was unable to attend, as host of the show. Soon, he would become the main moderator of the show which would be called Live! with Kelly and Michael when Philbin left the show a few months later. He shocked fans when.ABC announced that Strahan would be leaving the show after April 19, 2016, to work full-time for Good Morning America. An unstoppable force with a beautiful face, Michael Strahan has done well ever in every career. But what do we know about Michael Strahan’s personal life?

1. Michael Strahan is good at setting his friends up on dates:

The charismatic celeb talked about his friend Erin Andrews with pro hockey player Jarret Stoll, and the two sustained a long term relationship as did former New York Giants teammate Jason Sehorn and actress Angie Harmon thanks to the matchmaking effort of Strahan.

Jason and Angie had three daughters and have spent over a decade together since their wedding in 2001. While this couple divorced, Michael still gets credit for successfully arranging compatible love stories.

2. Michael Strahan (like us) is addicted to his phone:

Much like the rest of us, this personality is glued to his tech, but there’s no shame in Michael’s habit as there’s a lot worse that one can get into.

Whether it’s a tablet, smartphone, or otherwise, Michael needs to be near his phone at all times thanks to his Candy Crush addiction which is hilarious to think about Michael Strahan matching candies and hoping for Color Bombs during breaks. Might be calming and distracting from his daily grind.

3. Michael Strahan gets his work ethic from his dad, Gene Strahan:

Michael Strahan’s father endured a long career in the military that took his family around the world, but it also showed his children how to persevere and work hard.

Strahan says that his father used the “When, not if” strategy.

And this became his personal philosophy or mantra that stuck with Michael as he navigated football and journalistic careers. For example, in 2016, Strahan stated to a website about how his mother and father helped him see his potential when he didn’t realize he had it in him. He said dad Gene and mom Louise never had any doubts about his talents.

Strahan got his first big shot at 17 when his father, then an Army major stationed in Mannheim, sent his son to live with his uncle in Houston and seek a college football scholarship. Strahan had previously only played in minor football leagues and played no high school sports at all.

“I received a scholarship offer to Texas Southern University and accepted it because that was the mission I was sent on,” he said. He then landed on the New York Giants, won a Super Bowl, and made it into the Hall of Fame.

“I never knew I could achieve this much,” he recalled later. “But my parents are never surprised. They look at me like there are no limits. It made me feel as though there were no limits.”

4. Strahan stuck by his dad’s advice till the day he died:

On Father’s Day in June, Strahan honored his father on Instagram.

“Happy #FathersDay to my dad and all dads. Hope you relax and enjoy the honor of being a dad (the greatest gift in life),” he wrote at the time. “Think about the impact you are having on your kids and ensure you do all you can to show them right and wrong for watching! ❤”

5. Strahan is a proud father to his three daughters and one son:

Of all the jobs he has, fatherhood is Michael’s favorite as he has always been very active and involved in all of his childrens’ lives despite bitter divorces.

6. Michael Strahan is the youngest of six kids, and athleticism runs in the family:

In many ways, Michael Strahan’s football career could have been a vatic example as his mother was a basketball coach and his father Gene was a boxer.

The future football star was raised in Houston, Texas but moved to Mannheim, West Germany when he was nine because of his father’s military occupation as an American soldier in Mannheim. There he began playing American football as a teenager at an American high school in Benjamin Franklin Village in Mannheim-Käfertal. He shifted back to America and after studying at Texas Southern University, he was selected in the second round of the 1993 NFL Draft by the New York Giants, where he was one of the top performers as a defender. He was selected to the Pro Bowl seven times in 1997-1999, 2001-2003 and 2005. In 2001, he had 22.5 sacks, the most in the league. He was also named Defensive Player of the Year that year. On February 3, 2008, Strahan won Super Bowl XLII with the New York Giants against the favored New England Patriots, amongst other glorious awards!

In June 2008, four months after winning the Super Bowl, the then 36-year-old retired. He was inducted into the Pro Football Hall of Fame in February 2014.

Govinda launches the title song of his next, Rangeela Raja!