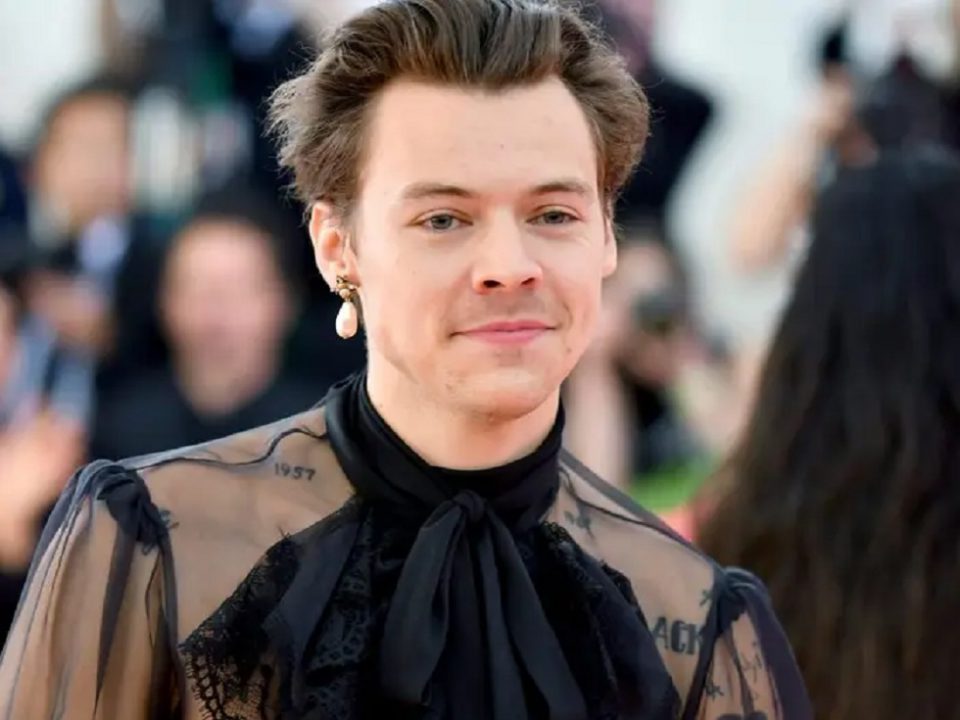 Only a few artists can achieve as extensive and far-reaching fanbase as Harry Styles, many of whom have remained loyal and followed him since he recorded video diaries on the stairs of The X Factor. His fashion sense, talent, and charm have the kind of magnetism that comes naturally to him, which combined with his charisma and energetic stage presence has made him one of the most successful and influential musicians of this era. Harry Styles likes to disappear for months, and when he returns, it is with just as much momentum as when he left, if not more.

Beyond music, Harry Styles is also one of the most influential artists in the world of fashion with his enormous wardrobe full of gender-fluid pieces that deliver endless iconic looks time and again. Navigating through the world of fame and popularity right from the young age of 16 years, Harry Styles has shown nothing but kindness and humility, approaching his position with care and consistently using his platform for good. His compassion is rarely seen in someone who faced the pressures of fame at such a tender age, but he has grown in the celebrity world with ease.

Here are some interesting things that you probably did not know about this dimpled British heartthrob.

1. Harry worked in a local bakery before auditioning for the X-Factor

Harry’s first job when he was growing up was in a local bakery named W. Mandeville in his native Holmes Chapel, England. He started working there when he was 14 years old and earned £6 per hour. According to his old boss and bakery owner, Simon Wakefield, Harry was the most gentlemanly member of the staff. He revisited this bakery to film a segment for the documentary film made on the band in 2013, ‘One Direction: This Is Us.’

2. Harry was part of a band before One Direction

One Direction was not Harry’s first band. Growing up, Harry was the lead singer for a pop-punk band called White Eskimo. He joined this band while he was in high school. The band performed in several talent shows, won the battle of the bands’ competition in school, and even performed at a wedding.

3. Harry almost did not send in his ‘The X Factor’ application

Harry had some serious second thoughts before sending in his application for The X Factor and almost did not submit it. His mother, Anne Twist, is the one who submitted the application and pushed him to audition for the reality show, which made Harry Styles a household name in 2010. After the audition, Harry was selected to be part of a five-person boyband, ‘One Direction’, that came third on the show and signed a deal with music executive Simon Cowell who was also a judge on the show.. and we know what happened next.

4. Harry came up with the name for One Direction

If you were or are obsessed with the boyband as much as us, then you have Harry Styles to thank for the band’s name. The bandmates decided to come up with loads of names, and it was one of the first names Harry came up with. He suggested the name on the text to his then-new bandmates, and they liked it very much.

5. There is a sitcom-inspired by his life

Yes, that’s true! When Harry started making it big in One Direction, he lived in the attic of his friend Ben Winston and his wife, Meredith, for almost two years. This odd arrangement inspired a short-lived CBS comedy series titled ‘Happy Together’. The cast included Damon Wayans, Amber Stevens West, and Felix Mallard, who played the character inspired by Harry. The show is also co-produced by Harry Styles himself.

6. Harry has written songs for other superstars

While Harry is a great singer and has a killer stage presence, he also dabbles in song writing not just for himself, but for other famous singers. He has penned down songs like ‘Just a little bit of your heart’ sung by Ariana Grande and another song, which is a romantic ballad, with Meghan Trainor, called ‘Someday’ for Michael Buble.

Harry Styles chopped his iconic locks for his role in Christopher Nolan’s Dunkirk and donated his hair to a charity, Little Princess Trust, which makes wigs for children receiving cancer treatment.

8. Harry inspired a book series that has been made into a movie series

Harry Styles is the real inspiration behind the movie series ‘After’, starring Hero Fiennes Tiffin and Josephine Langford in the lead roles. The film series, based on a book series of the same name that initially started as fan fiction. The author of the series, first published the story on Wattpad, a fanfiction site. The name of the character was changed from Harry Styles to Hardin Scott when the books were first published.

9. Harry became the first man to appear solo on the cover of American Vogue

In 2020, Harry made history when he became the first man to feature solo on the cover of American Vogue. He sported a light-blue ruffled dress paired with a black blazer, showing his love and devotion to gender-fluid fashion.

10. He made a guest appearance on an episode of iCarly

In 2012, Harry and his One Direction bandmates made a guest appearance on the Nickelodeon show ‘iCarly’ in the episode, ‘iGo One Direction.’ At the end of the episode, the band performed their hit single ‘What Makes You Beautiful.’

11. Harry considers Shania Twain to be one of his biggest influences

Harry said in an interview that he considers Shania Twain, an iconic country singer, to be one of his biggest influences in both music and fashion. He also revealed that his mother would often play Twain’s songs in their childhood home.

12. Harry is a sucker for rom-coms

Harry has admitted to being a big fan of ‘The Notebook’ and loves to watch romantic movies that involve Nicholas Sparks. In an interview with Cameron Crowe, he explained that he loved to unwind with rom-coms while he was recording his self-titled debut solo album in Jamaica.

Harry is a massive fan of body art as he adorns almost 67 tattoos from his chest to toes. Some of them involve the anchor, the swallows, the mermaid, the butterfly, the fern leaves, the black heart, etc.

Grey No More: Tips and Tricks to Deal with Premature Greying

6 Most Beautiful Places to Visit in the Philippines