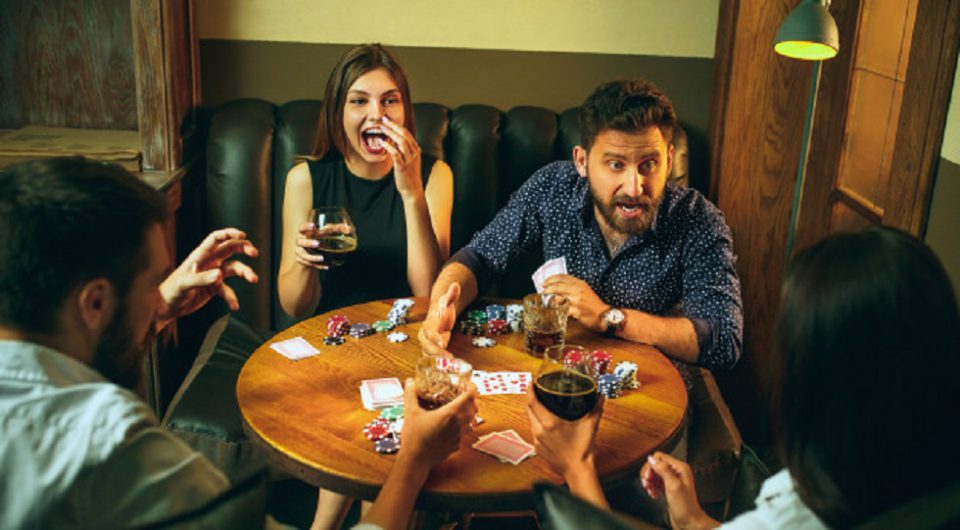 Most celebrities tend to be very rich. With that incredible wealth, they can buy and utilize a lot of things that we can only dream of. Another thing which a lot of rich celebrities love to do with their money, is gambling. A lot of celebrities gamble a little bit. In fact a lot of people gamble a little bit. However, the celebrities we are going to talk about in this post, are notorious for their extreme love for gambling. Their “love for gambling” can qualify as borderline addiction. Just like most modern day gamblers, celebrities can also choose to gamble in casinos or online. These days, online gambling has become very convenient and most celebrities also take that route. Playing online for fun is quite convenient. Since online gambling is the preferred way of gambling for most people today (including celebrities), we will first take a quick look at that and then we will take a look at the celebrities that are famous for their love of gambling.

There was a time when you had to go to a casino or a gambling den in order to gamble. However, with the advances in technology, gambling can be carried out on your computer and mobile phone as well. The online method helps to omit the effort and cost of going to a casino. A lot of people might want to visit casinos but might have the money to spend there while the celebrities we are going to discuss here, definitely have the money, but lack the time to go to a casino.

Professional athletes, actors, musicians and celebrities from all walks of life have been actively involved with gambling. Here are the ones who are the most infamous for their love of gambling.

Michael Jordan’s gambling stories are the stuff of legends. He didn’t just gamble when he was in a casino. He used to even bet money on games of rock, paper, scissors. He is known to have gambled as much as $100k on rock, paper, scissors. Aside from playing basketball, Michael Jordan also loved playing golf. He was notorious for betting copious amounts of money during his golf games. Fellow NBA legend Charles Barkley said that Michael Jordan once bet $300k on a single putt. During the 1992 Barcelona Olympics, Michael Jordan was notorious for staying up till 6 in the morning and playing poker with his teammates. His teammates said that Michael Jordan would stay up all night gambling and wouldn’t sleep for more than one hour every night. Michael Jordan would bet on the most ridiculous of things. He once bet 900 dollars on his luggage being the first to arrive on the luggage carousel at the airport. It was the easiest 900 dollars he ever made. Some people have claimed that Jordan lost millions of dollars in a single night of gambling and kept paying a lot of people back during his career. One of the other ridiculous conspiracy theories surrounding Jordan’s gambling addiction was that his first retirement after the 1993 NBA season was a secret gambling related suspension.

Ben Affleck has been a Hollywood A-lister for almost 30 years now. With such a long and successful history in tinsel town, Affleck has obviously earned a lot of money.  In 2001, he went into rehab to get rid of his gambling addiction, after he lost thousands of dollars on poker.

Ben Affleck loved playing poker and blackjack and was famous for being very generous with his tips for casino employees.

Tiger Woods is one of the most successful golfers of all time and also one of the most controversial. His rollercoaster life has been all over the news. But with a net worth of over 600 million dollars, it should come as no surprise that Tiger got into playing blackjack.

The third spot on this list goes to the original web-slinger, Tobey Maguire. The first actor to play Spider-Man on the big screen participated in an illegal gambling ring a few years ago. In that ring, Maguire participated in high-stakes poker with other big name players from Hollywood.

Marvel’s Avengers aren’t the only ones who beat the odds of 14 million to one! England’s famous magician, Derren Brown, defied the same odds when we correctly guessed the results of the National Lottery. Before making a name for himself as a magician, Derren was a successful blackjack player. He was so good that he was eventually banned from all the casinos in England.

Pamela Anderson is one of those celebrities who rose to stardom with controversies. She kind of bet on herself and got her famous breast implants. Those implants definitely helped propel her career to the next level. The former Baywatch actress allegedly married Rick Salomon (a pro at poker) after losing a bet against him. Pamela is known to enjoy poker games more than any other casino game.

If you have “Money” in your name, gambling is not a big deal for you. Ask Floyd “Money” Mayweather, and he will say so. When you can earn $250 million from a single fight, it isn’t very hard to imagine that spending some money on gambling will come naturally. If you are a Floyd fan, you know that he is anything but subtle. He loves to boast and show off, and that’s the kind of gambler he is too. Floyd Mayweather is known to have placed huge bets on sports events.

Charlie Sheen, one of the most famous names in showbiz, used to be actively involved in sports betting. If media reports are accurate, Sheen was placing a bet over the phone while on the way to the hospital for the birth of his child with ex-wife Denise Richards. Charlie Sheen has reportedly spent enormous amounts of money on gambling.

Not all celebrities who venture into gambling end up making money from it. While most of the stars we have included in this list were somewhat successful in betting, John Daly certainly wasn’t. The golfer loved playing blackjack and lost a reported $65 million.

Matt Damon is another Hollywood actor who has tried his luck in gambling. To prepare for his role in the movie “Rounders,” in which he plays Mike McDermott, he spent a massive amount of money on gambling. Rounders explored the world of high-stakes poker, and Matt did complete justice to his role.

You most likely remember Shannon Elizabeth as Nadia from the hit series “American Pie.” But that’s not the only thing Shannon was good at. After her acting career peaked, she learned how to play poker and got very good at it. Shannon has participated in several poker tournaments in Las Vegas Valley.

Ray Romano is an extremely popular actor and stand-up comedian. He is best known for his role in “Everybody Loves Raymond.” But a lot of people don’t know that Romano is also a very successful poker player. Romano has participated in the World Series of Poker multiple times.

50 Cent is one of the most successful and famous rappers of the modern era. He has sold millions of albums and earned millions of dollars as a result of that. All of that money hasn’t been safely invested in bonds and securities. 50 Cent is notorious for being an avid gambler, especially when it comes to betting on sporting events. He allegedly placed a $2 million bet on a fight involving Floyd Mayweather Jr.