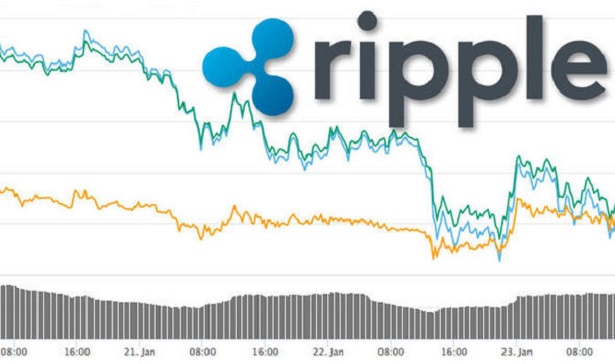 With blockchain becoming the next big thing, there are many blockchain protocols that are breaching the financial communities in India. As of the recent updates, Ripple (XRP)  is one of the largest bank-targeted blockchain protocol in India. Presently, Ripple has been constantly struggling to beat bitcoin and take over the 50 percent of Indian Finance sector. This protocol proposed under Ripple can help process the payments at low fees more efficiently and effectively.
In the latest statement, Vice President of Ripple, Asheesh Birla mentioned his intentions with the growth of the Ripple in the Indian Financial industry. He stated that the vision of Ripple surpasses the adoption rate of the famous bitcoin to become the dominating cryptocurrency in India.

Whats with the “Giving Away 2 Billion XRP” strategy?

On 12th July 2018, the cost of one XRP was $0.44 while during its best time, its price touched $3.00 per XRP. The reports suggest that during the panel, Mr. Birla shared his plan of giving away 2 Billion XRP to the entire population of India just to introduce the concept of cryptocurrency among us all.
Mr. Asheesh Biral stated and we quote –

” We looked early on at Inda, and we looked two billion people – a huge market. And we decided, how do you get two billion people into Ripple? Do we give the currency away to every India, that’s like 2 billion – just give it away?”

In total, this decision will cost the company $880 million, and with the coming uplift of the cryptocurrency, the price of these 2 billion XRP  might rise to $7 billion.
Recently, looking at the challenges of distributing these 2 billion XRPs, the company decided to target the banks of India instead. As per the survey, it has been anticipated that around 80 percent of the Indian population will soon jump into the phone banking and realizing that, Ripple’s plan jumped to target those users instead. While targeting this mobile banking Indian population, Ripple is planning on finding the majority of bank users and remittance senders in India over its blockchain protocol.
As mentioned earlier, the plan for the Ripple is to beat the performance of the bitcoin in Indian crypto-market. This is just the first step towards the goal of the company, we assume there is more to come.

Burning Bug Now Resolved by Monero Developers | Check if the News is true?