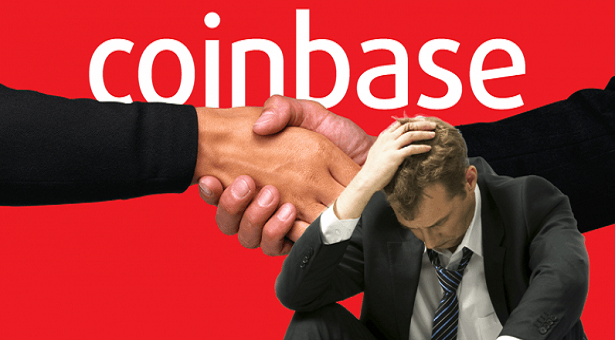 Recently, the cryptocurrency media sources have been buzzing about the issue that occurred in the Coinbase system. As per the information, the bug in the Coinbase system prevented the Canadian users to withdraw their cryptocurrency funds leading to the impatience among the customers. Reportedly, this issue was first noticed on 1st August 2018 and this has still been going on. Not only Canadian users but, Venezuelan users also faced this problem with Coinbase, confirmed media.
See What Coinbase officials have to say about this?
With the users becoming more and more furious with the bug, the Coinbase spokesperson mentioned that the bug has been identified as the cause of the problem and the issue has been resolved to make the system completely operational to the CCN.
He said and we quite –

“The issue affecting cryptocurrency sends is now resolved. We identified a bug that affected Coinbase.com in a few countries and have successfully deployed a fix. Cryptocurrency sends through the Coinbase mobile apps were not impacted. We’d like to thank our customers for their patience while we resolved this issue.”

This shut down of the withdrawals for a few days was noticeably enough for the users to get furious with the platform. This anger among the people was clearly visible on social media where they posted harsh comments about the detected problem in Coinbase.
This recent bug problem has put a black mark on the reputation of Coinbase. Meanwhile, the media has been suggesting that this malfunction of the system might have cost Coinbase some customers. This is quite important to note that a mere technical issue in the system might label the platform for quite long for being malfunctioning.
After the outburst of the customers on social media, the Coinbase officials have now confirmed that the system and website are back on and is completely operational. The bug that caused this malfunction was detected and resolved for good. There is no issue in the system now and Canadian users can withdraw their cryptocurrency funds smoothly now.
Headlines –

Burning Bug Now Resolved by Monero Developers | Check if the News is true?