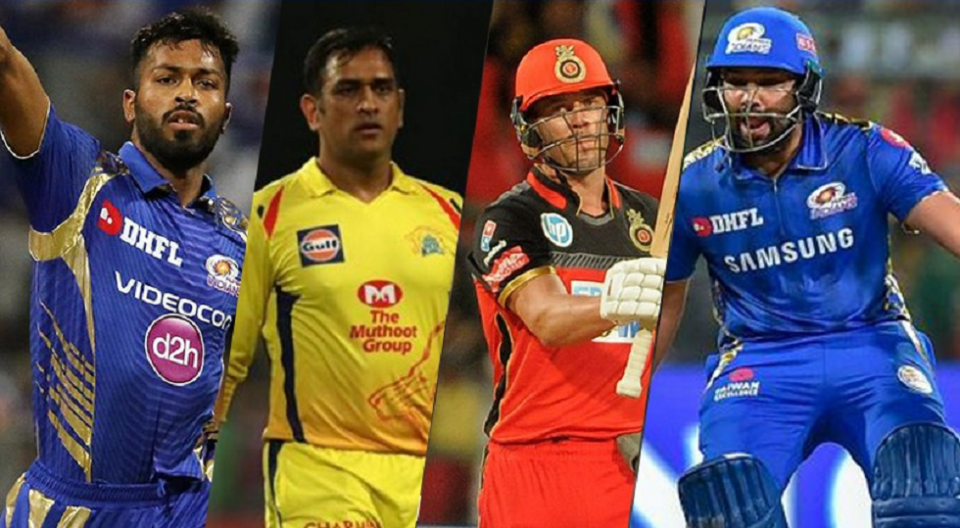 Batting in T20 cricket is not easy, as a batsman merely gets time to alleviate at the crease. The importance of a batsman’s strike rate is more important in T20 cricket than in any other version of cricket. After all, time and balls are at a premium here and the faster you score your runs, the better it will be for your team. This becomes even more valuable in the IPL as the pitches are flat and the boundaries are short. This makes just about any total chase-able. As far as cricket tournaments go, perhaps only the cricket world cup can trump the popularity of the IPL. The tournament attracts the  very best talent in the world because of the high amount of money present in it and that leads to some stringent competition. The tournament doesn’t only have the best batsma\en, it also has the best bowlers. So scoring very quickly off their balls isn’t as easy as you might think. Having a great strike rate is really difficult in such conditions and that is why these batsmen are really valuable for their teams. Let’s take a look at the batsmen with the highest strike rates in the IPL. These batsmen use their bats as sledgehammers and can rack up an astronomical amount of runs in the process.

Inexhaustible England wicketkeeper-batsman is a new entrant to the IPL who was bought for Rs. 1.5 crore by the SRH team management for the 2019 season. He has proven to be  a reliable performer at the highest level for England and he has carried that incredible form into the IPL as well.

The right-handed batsman has smashed 48 fours and 18 sixes. He has pummelled the bowlers for 445 runs at a staggering 157.24 strike rate.

The South African cricketer Chris Morris is a valuable support for any team he plays for. He can bowl four overs comfortably and collect quick runs in just a few balls. Morris has the potential to remake the game at any moment, and that’s the reason quite a few teams went for him in the 2020 auction.

In his 61 IPL games, Morris has racked up 517 runs with a strike rate of 157.62. The Proteas allrounder has been roped in by Royal Challengers Bangalore (RCB) in the upcoming season for INR 10 crore.

The Australian power-striker Glenn Maxwell’s batting style is made for the IPL. He attacks the ball with power ferocity and frequently clears stadiums. In a 69 game IPL career, the Australian blaster has scored 1397 runs with a staggering strike rate of 161.13. He has smashed a total of 109 fours and 91 sixes in his IPL career. And most of his sixes have been huge.

India’s young sensation Rishabh Pant has been on a roller coaster ever since he debuted in the lucrative league. The left-handed batsman has compiled 1736 runs in 54 matches, with 128 being his highest score.

The Delhi-born has flattened 152 fours – 27th most by an Indian player, and 94 gigantic sixes. In the list of best batting strike-rate, Pant sits at the 4th place, with a career SR of 162.69. Among fellow Indian cricketers, Rishabh Pant’s strike rate is the highest, even higher than people like Rohit Sharma and Virat Kohli. Aside from his blitzkrieg pace of making runs, he has also amassed 11 fifties and one hundred in his IPL career.

This versatile all rounder was acquired by RCB in 2018 and he has been a great asset to the team since then. England’s top test spinner is also well known for his exquisite stroke making abilities. Even though he has only scored 297 runs in the IPL, he has done so at a breakneck pace. He has smashed 20 fours and 23 sixes en route to a strike rate of 165.1.

Sunil Narine is the top bowler for the KKR team and it shows in the stats as well. In his 110 matches with the team, Narine has scalped a team high 122 wickets. Not only is he great with the ball, he is quite lethal with the bat as well.

Among the overseas players, he’s the third leading wicket-taker in the history of the cash-rich league. The southpaw has also enjoyed his intrigue with batting in the past couple of seasons, and due to that, he sits right at the second spot amongst batsmen with highest strike-rates.

Narine hasn’t scored many runs, but he did inscribe with his quick-fire batting style.

The left-handed batsman has smashed 93 fours and 44 sixes. He has smashed 771 runs with an outstanding strike-rate of 168.34. Narine has three fifties to his name as well in the IPL.

So these were the cricketers with the highest strike rate in the IPL. Whenever these players are on the crease, expect massive fireworks and a lot of runs being put on the board in quick succession. Power hitting and fast paced run scoring is a key aspect of the IPL and these players are big contributors to that.

The Highest T20 Scores in History

Inauguration Day: Some Facts, Some History and All That You Need to Know Before You Attend Joe Biden’s Inauguration on...