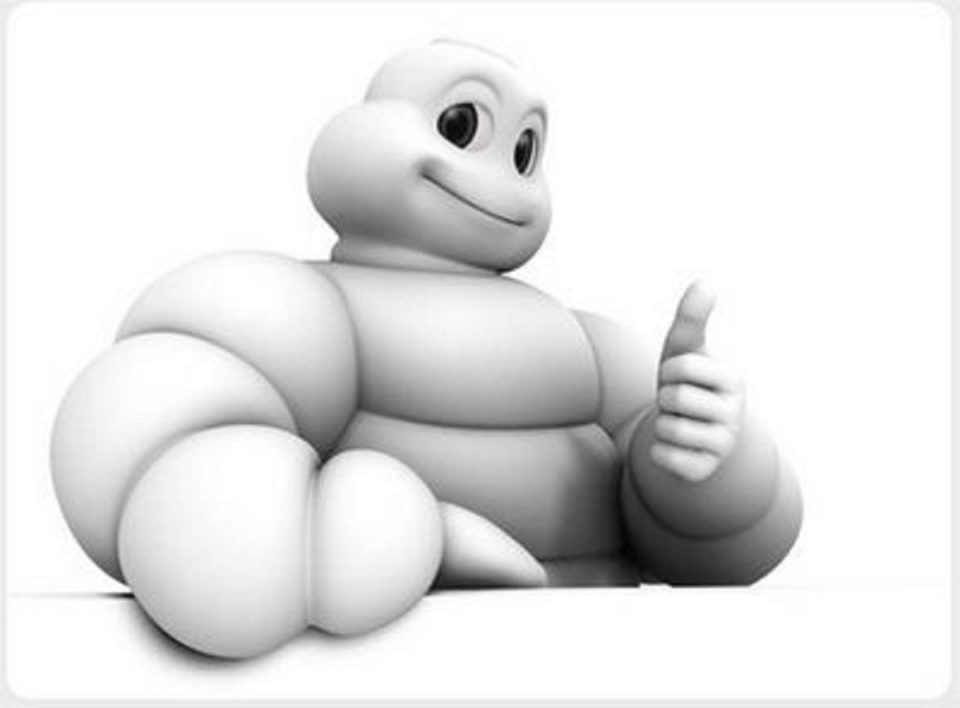 They also produce tyres for regular people like us, by the way. Impressed? You ought to be, but there is still a lot more to come.

Bibendum, often known as the Michelin guy and the Michelin brand’s mascot, can be found in a variety of unusual locales. You might run across him at the doors of a few posh eateries!! The highest ranking a restaurant may receive is “Michelin stars.” It’s akin to the Academy Awards for outstanding cuisine and service.

The Michelin star rating was created at the same time as the automobile. Michelin Tyre founders Andre Michelin plus his brother Edouard Michelin compiled the first Michelin Guide in 1900. They aimed to increase demand for automobiles and, as a result, for the tyres they produced.

The Michelin Guide had first been published in 35,000 copies which included maps as well as instructions about how to repair and change tyres. There was also a directory of restaurants, hotels, mechanics, and gas stations along important French routes.

There were maybe a few hundred cars in the whole of France at the time. The booklet was distributed for free with the intention of increasing the demand for automobiles. The Michelin Guide quickly grew in popularity and was available across Europe and Northern Africa during its first decade. Although the books offered useful information on restaurants, the Michelin brothers’ main purpose was to make money for their tyre company.

The guide’s production was momentarily interrupted when World War I broke out in 1914 but was resumed by 1920. The Michelin brothers next decided to improve the guide’s quality, eliminate advertising, and begin charging for it.

In 1926, the first Michelin star ratings had been given. When a restaurant was rated a “fine dining institution,” it was given a single star. The rating system was expanded around 1931, becoming the Michelin three-star rating that it is today.

In contrast to most star rating systems, one star is not a negative rating. This is a big honour and a rare achievement for a restaurant to be awarded any number of Michelin stars.

During World War II, the guide was put on hold, and it was only revived in late 1939 since it contained maps that were important to the Allies. Furthermore, due to food shortages, the Michelin star system was lowered to a 2-star system during this time. As a result, the yardstick was changed to reflect the fact that quality was suffering in restaurants all over Europe.

In the twenty-first century, the Michelin Guide

The Michelin star rating did not become popular in America until 2005, and it was initially limited to fine dining in New York. The Michelin Guide now reviews restaurants in Chicago, New York, Los Angeles, Las Vegas, and San Francisco, among other cities in the United States. If you wish to be a chef, you should concentrate your efforts after graduation on all of these cities.

During 2007 and 2008, the Guide was expanded to include Tokyo, Hong Kong, and Macau. Now it covers 23 nations, with 14 editions available in 90 countries.

How did this idea of a “Michelin Star Restaurant” emerge?

Automobiles were increasingly ubiquitous in the 1920s, and individuals didn’t need to be taught how to manage mechanical issues, change tyres, etc, so the brothers decided to expand the popular food part.

They were foresighted enough to juxtapose consumer attention with their expansion objectives. They decided to hire full-time “food inspectors” and “food critics” to discreetly review eateries and rate the cuisine and service. To this day, the organization adheres to this attitude. This guide would only include the top eateries.

They opted to make it more exclusive in 1926; and besides, only the wealthy could afford to own and drive an automobile, so why not? They began ranking and assigning stars to these eateries to make them more exclusive. Michelin starred restaurants. They followed this for 5 years, awarding single Michelin stars to the best eateries.

Based on anonymous reviews, Michelin gives 0 to 3 stars. When writing evaluations, reviewers consider quality, technical expertise, the chef’s temperament, the food’s value, and consistency. Though the book includes forks and spoons, which reflect how posh or casual a restaurant is, they do not assign stars based on the interior decor, table setup, or quality of service.

Try the Forbes evaluations if you’re searching for a company that looks at atmosphere and interiors. They look at over 900 criteria, such as if the restaurant provides solid or hollow ice cubes, freshly squeezed or packaged juices, and valet or self-parking.

Michelin, on the other hand, is solely concerned with the food. The stars are awarded as follows by the reviewers:

One Star: A good spot to stop along the way, suggesting a very good restaurant in its class, serving consistently high-quality meals.

Two Stars: A detour-worthy restaurant with great cuisine and expertly and painstakingly made meals of exceptional quality.

Three Stars: A restaurant worth travelling for, signifying great cuisine and guests who eat well, if not superbly. Unique dishes are meticulously prepared with top-notch ingredients.

Michelin also gives a “bib gourmand” to restaurants that serve high-quality meals at a reasonable price. They must serve menu items at a price that is less than the maximum set by local economic norms.

Since the great majority of restaurants do not obtain any stars, these stars are highly prized by restaurants. The Michelin Guide to Chicago 2014, for instance, has nearly 400 restaurants. Only one restaurant was given three stars, four were given two stars, and twenty were given one star.

What Does It Take to Get a Michelin Star for a Restaurant?

Initially, an anonymous reviewer would evaluate several eateries in different places chosen by the Michelin Guide team. After visiting the chosen restaurant, the inspector writes a detailed report on the entire culinary experience, such as the quality and presentation of the food, as well as other grading criteria mentioned below. The Michelin inspectors would then meet to review the findings and debate whether restaurants are deserving of a Michelin star (or two or three).

Chef Curtis Duffy, a friend of the Auguste Escoffier School for Culinary Arts, teamed up with Michael Muser to open Grace in Chicago, which received three Michelin stars for four consecutive years from 2015 to 2018. Duffy will open Ever, a two-Michelin-star restaurant, during July 2020.

The Ultimate Guide to Electric Vehicles