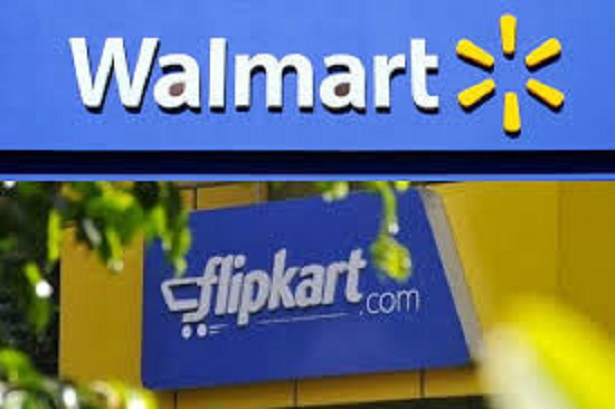 It seems to be a nightmare but it has actually happened as of now. Yeah! The world’s billionaire family has just conferred billionaire status on India’s most popular tech entrepreneurs. US retail giant Walmart has picked up 77 percent stake in Indian e-commerce player Flipkart for $16 billion. This is the one of the boldest bet of Walmart in India.
Walmart’s President and CEO added, “India’s market has been the most attractive retail markets because of its size, growth rate and goodwill of the Indian people and this investment will push India’s retail market to a next level, which India wish to aspire in future and thus cutting lakhs of jobs through this Foreign Direct Investments.” Well, this deal was announced by Softbank CEO Masayoshi on Wednesday afternoon.
Analysts and Investors cannot believe this could ever be, though has been an official deal and at the same time remarking as world’s biggest-ever e-commerce acquisition and thus Amazon would be having the tough time to compete in one of the biggest markets.
Top Ten Worth-Noticing Points out of this deal:
1. Walmart has planned to pump $2 billion as fresh equity into Flipkart so as to strengthen its hold on the e-commerce base, which is yet to be discovered by Indian retail market.
2. Amidst of this, Sachin Bansal exits the company by selling his entire 5.5 percent stake to Walmart.
3. Through one of the sources, it has been confirmed that “Binny Bansal will stay on as the group CEO and will be additionally appointed as the new executive chairman of the Bengaluru-based e-tailer.”
4. Apart from Walmart, the leftover business will be held by some of Flipkart’s existing shareholders, including Flipkart co-founder Binny Bansal, Tencent Holdings Limited, Tiger Global Management LLC and Microsoft Corp.
5. Sources said Walmart’s plan entails broadening its online presence in the country and link up with 5-6 million kirana stores to modernize and bring them to an online market so as to be part of the overall supply chain so that US giant and Businessman would establish their presence.
6. The company plans to have direct investments in digital modes of payments so as to create a new era of e-commerce platform so that customers can get the maximum benefits.
7. Although Flipkart expertise in Indian retail market is quite high enough, it is expected that Walmart would dig-out some new managerial expertise so as to have a greater control over the market.
8. Walmart India currently runs close to 21 stores in the majority of Indian states through cash and carry system.
9. Bengaluru, being a global sourcing center as well as the technology center, Flipkart employs 1,200 engineers round the clock.
10. Researchers are expecting a plentiful of the fresh investment which would help in strengthening back-end infrastructure. Walmart likely to extend its expertise in governing its physical goods in the digital space, with this acquisition.

Oh my God! You wrote that?

6 Things You Need To Add To Your Marketing Strategy