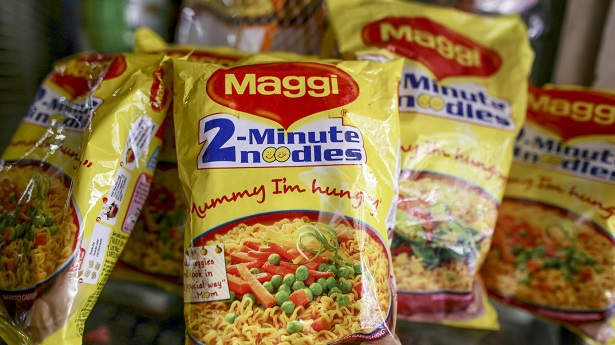 In June 2015, the big brand Maggie was banned nearly for 5 months for being accused to allegedly contain lead beyond permissible limits. The good news, however, was that it was not true and the famous noodle brand came back to market in November 2015. FSSAI that is the Food Safety and Standards Authority of India banned Maggi and forced Nestle to withdraw the product from the market. This clearly has a bad impact on the overall sale of the company and since then Maggi has been working hard to regain its shares and numbers.
Recently, the media reports have come out that this Nestle Maggi brand have now managed to attain 60 per cent market share. With this good news, the brand has also managed to almost touch the pre-crisis level in value terms.
Since 2015, after the ban the Maggi seems to have restored its share in the market but, the volume, however, has a long way to go to match the pre-crisis number, said Nestle India Chairman & Managing Director Suresh Narayanan.
Suresh Narayanan also stated that it will still take some time for Maggi to match the pre-crisis volume as at present it only contributes one-third of the total sales of the company. It was back in 2017 when the Nestle’s Maggi crossed the Rs 10,000 crore sales mark in India.
It seems like Nestle India, Maggi is on its way back to make good in the market. After the ban, finally, the Nestle Maggi has managed to attain over 60 percent market share. Where the share of Maggi has improved in the market significantly after the ban there, it seems like it will take longer for it to get back the sales number. Since its comeback, Nestle Maggi has finally managed to get back in the game by attaining 60 percent of the shares in the market.

MONSOON FASHION TIPS: HOW TO LOOK PERFECT EVEN IN THE RAIN