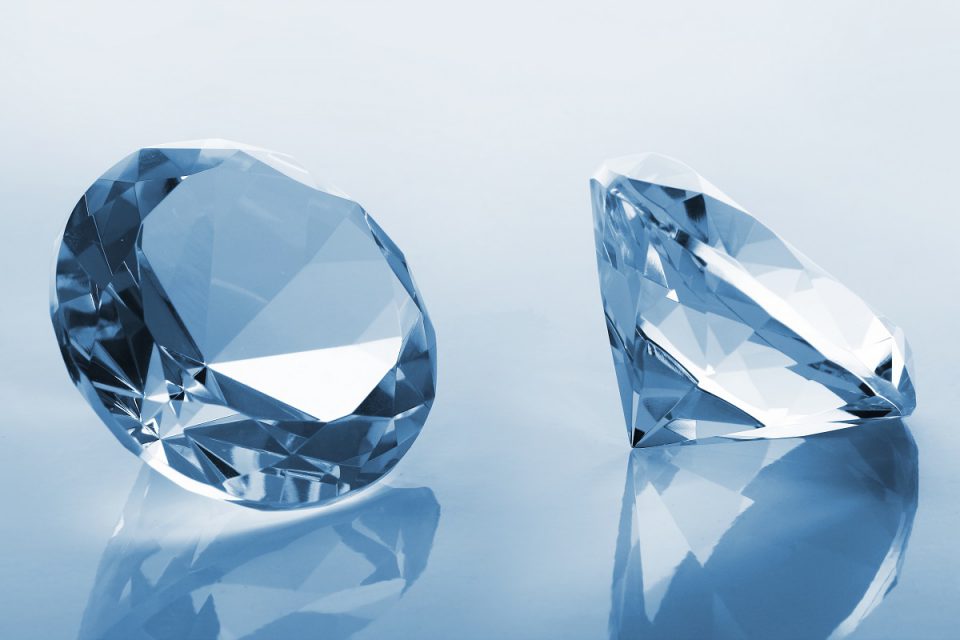 Technology has changed the fate of nearly every sector worldwide; the diamond industry is no different. The capacity of technology to standardize and revolutionize diamond grading is one of its biggest accomplishments in the jewelry industry.

CEO David Block has played a key role in the creation, development, and implementation of many of the breakthrough ideas that Sarine Technology Group has brought to the diamond industry over the last 20 years. Sarine’s diamond planning techniques have become the de facto standard for diamond manufacture under his leadership, with over 70 million diamonds prepared annually. David has an MBA from the Kellogg-Recanati School of Business, a dual degree from Northwestern University in the United States and Tel Aviv University in Israel, and a Bachelor’s degree in Computer Science from Tel Aviv-Jaffa Academic College in Israel.

Israel: The birthplace of cutting-edge technology

Over the last few decades, Israel has established itself as one of the world’s major research and development centers. It is commonly referred to as “Silicon Wadi,” (‘wadi’ being Hebrew for canyon) the smaller sibling of the US Silicon Valley, with national R&D investment second only to Korea at almost 4.5 percent of GDP and nearly 9 percent of the workforce employed in technology-related employment.

It is believed that Israel’s advance in technology is due to a combination of factors. For starters, Israel is a small nation with little natural resources (at least until lately, with the discovery of natural gas), forcing it to focus on activities that do not require significant tracts of land, such as agriculture and heavy industry.

Secondly, the mandatory military duty in the IDF (Israeli Defense Forces), which encourages creativity, teamwork, and pushing the boundaries of the production of complicated, interdisciplinary projects with tight deadlines, is another key element Furthermore, the country’s geopolitical reality of allegedly having no friends has fostered a national ethos that brilliance and innovation are necessary for survival.

Sarine, as a member of this unique ecosystem, naturally aspires to be at the forefront of diamond gemstone innovation and technology. Its workers, who are at the core of its success, are imbued with qualities critical to establishing and retaining a top technological firm in the diamond sector in the years ahead.

Human intellect is far superior to even the most modern technology, yet it is not without limitations. We are only human, as the phrase goes, and are prone to making mistakes for several reasons, including exhaustion, stress, environmental circumstances, emotion, and so on. Hence, it is not empirical to believe that AI will completely replace the human intellect, but we do see it replacing some functions that people currently perform.

When undertaking a repeated process like diamond grading, one of the benefits of technology is that it can be quite consistent. Admittedly, technology is not perfect, but it is not affected by the factors that affect human grading. Technology-related errors may be reduced by building monitoring and secondary systems, as well as improved test modules, resulting in a mechanism that can be far more consistent and dependable than a human-driven process.

A breakdown of Sarine’s ambitions

When the firm commenced designing a traceability solution, it wanted to make sure that it does not add a great deal of overhead and expense in the shape of time and money to the industry, especially because adoption and scale-up of such a system may be sluggish or impossible if considerable overhead is required. As a result, the Sarine Diamond JourneyTM traceability solution was built on existing Sarine technology, which is already being utilized across the pipeline to scan around 100 million diamonds each year. Sarine has developed complex algorithms that exploit the data provided by current technologies to establish end-to-end traceability capabilities using this massive infrastructure established over the last 30 years.

The Sarine Diamond JourneyTM begins in the mine, where each package of raw diamonds is scanned and a unique 3D model created for each stone. The producer completes the rough diamond registration process by adding other critical attributes and data to each stone, following which the information is uploaded to the Sarine cloud database. Each rough stone is scanned by the manufacturer at the plant, who enters the package ID and producer’s name into the system. A verification algorithm compares the rough stone in the package to the scans produced by the producer/miner. The stone is registered with the maker if the match is positive, and validation is carried out at all phases of the manufacturing process.

Every time a diamond is treated in a Sarine device, from planning to sawing to polishing, the system validates it based on previously recorded scans and ID characteristics. This provides continual matching and validation throughout the transformation process, from rough to refined, while remaining fully integrated into existing workflows and incurring no additional expenditures. When the polished plan is complete, the system records many features from the rough and polished parts to match the original rough to the final polished stone. After polishing, the polished stone is compared to the final plan for verification. The polished diamonds are subsequently sent to Sarine’s AI lab, where the polished validation step compares the diamond’s unique attributes, such as proportions, inclusions, and other characteristics, to those recorded during the final planning stage. In so doing, efforts are made to verify that the polished stone is derived from a particular rough stone.

The diamond now travels from mine to manufacturer to AI lab, with the creation of a customizable printed or digital Sarine Diamond JourneyTM report that provides all the validated information gathered and recorded along the traceability journey, presented to customers with the retail store’s branding to enhance the purchase experience.

The Sarine Diamond Journey includes TruMatch—an in-store gadget that scans mounted or loose diamonds and matches them to their unique traceability report. Customers may validate the diamond’s ID and traceability journey in real-time using fingerprinting technology based on an etched QR code on the polished diamond, improving their trust and streamlining the sales process.

Sarine proudly claims that it is now ready to go on to the next level—”eGradingTM”—after spending several years creating, testing, and employing its sophisticated AI grading technologies in its labs in Israel and India. eGrading is an ecosystem that employs breakthrough grading technology to allow people to grade polished diamonds precisely, consistently, efficiently, and cost-effectively in the comfort of their factory or office, rather than having to send them to an external grading lab and wait for the results to be shipped to them.

Sarine’s solution is a machine learning-based AI system that teaches its algorithms to grade diamonds consistently according to any grading standard. The firm’s machine learning is based on the GIA grading system because it is the worldwide standard today, but it asserts that its experts can teach it any standard, as seen by its work with Tiffany & Co., to adapt its system to their strict criteria. “The days of digital and virtual grading are now just a step away,” says David Block.

Traceability is a relatively new concept that will develop over the next few years until it reaches the same level of acceptance as the 4Cs. From a technological standpoint, there is still plenty that can be done—Sarine plans to reach a substantial advancement in this sector later this year. As customer demand for traceability develops, the firm will continue to invest heavily in its “Diamond Journey” traceability system.

David believes that there is no need to be too concerned since the focus of traceability currently is on the diamond’s location rather than ownership or other personal information. He feels that tracking ownership is a considerably more difficult and delicate topic that will be handled at a later time and is convinced that the customer will retain complete control over their personal information.

Traditional diamond buying has perplexed customers for decades, thanks to erroneous grading reports, shady sales practices, and, given the rampant fraud, an emphasis on certifications and reports rather than beauty and quality. But with Sarine’s dream of an efficient AI-based system slowly becoming a reality, customers can get precisely what they want, including clear guidance, knowledge, and access to top-of-the-line diamonds.

Tech, Finance, and Business: How to Connect Them When Starting a Company