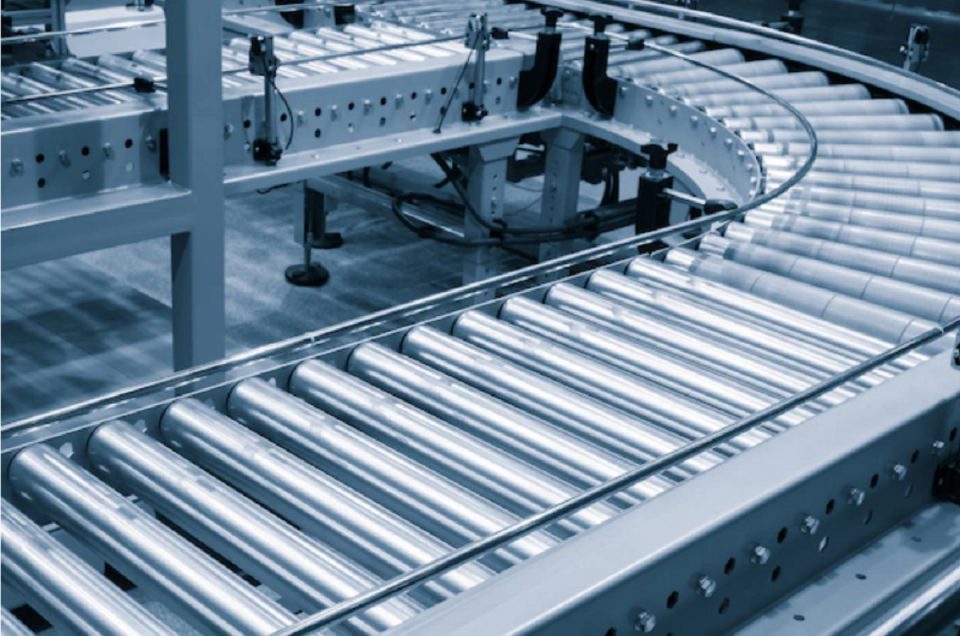 Conveyor belts are ubiquitous today. Just about everything that we consume travels through a conveyor belt at some point in time. Conveyor belts such as spiral conveyors have gone a long way in optimizing industrial processes that required intense manual labour. In this post, we will take a closer look at them. Let’s get started.

Since the advent of the Industrial Revolution, the transformation and adaptation of companies with industrial processes and large-scale production have not stopped. Although originally the work methodology was more rudimentary, today technology is present in a large part of the world’s companies. The most technological and powerful machines are part of the work of manufacturing various products for use or consumption, automating all processes so that production is fast and in high volumes.

What are they? What are its uses? We are going to see the types that exist and the applications in which they are used.

When were conveyor belts introduced?

It was in 1795 when conveyor belts were first used. The early designs were simple systems where belts were made of leather/cloth/rubber and traveled over a wooden bed. The bed was operated with a hand crank. It was mainly used by farmers for loading grains on cargo ships.

A conveyor belt was once suggested as a substitute for a subway shuttle as well.

What are industrial conveyor belts?

Industrial conveyor belts are a mechanism used to transport products, they are made up of a continuous band that moves between two drums. They consist of a mobile base that rotates on itself permanently while supplies and different types of materials are mobilized on top.

They are used in many types of industries for the transport of boxes, packages with a lot of weight or volume, large pieces, pallets and other types of materials that occupy large spaces.

Depending on the material with which the industrial conveyor belts are made, they can be Thermosolable, PVC, polyurethane, rubber, metallic and Teflon.

What are the different types of conveyor belts?

Although there is no standard classification, within the industry market different types of conveyor belts have been designed that are used according to the sector for which it will be intended. Here we will give some examples. These are different alternatives for modular belts that you can install to improve the production, packaging, or transport process of your products.

They are the most frequently used in the different sectors of the industry, they are made of nylon, rubber, leather, and PVC among others.

They are resistant to oil, to high temperatures and are ideal for transporting loose products because they are designed to have inclined movements.

This is a type of conveyor belt that is wound around a large drum. A spiral conveyor has an ascending or descending spiral along the drum. The belt is driven by the drum, which also happens to be the largest section of the spiral conveyor.

Even though a spiral conveyor is generally large in size, it works with just one motor which drives the belt. This results in a relatively lower cost of operation.

The spiral conveyor can be ascending or descending based on the requirement of the industry it is involved with. It helps move the items up or down, reducing human effort in the process.

Spiral conveyors provide distinct advantages such as reduced floor space and item transportation without using steep slopes which reduces the chances of the items falling over.

The moving surface of this type of conveyor belt is made up of a series of circular tubes that rotate on themselves in the same direction and with the same speed.

What is a vibrating bowl feeder?

Vibrating feeders are based on the mechanical behavior of a part, so gently shaking a conveyor chute shaped to fit the part will gradually shake them to keep them all aligned. They leave the infeed conveyor one after the other, all in the same orientation. This conveyor then leads directly to the downstream assembly or packaging machine.

Orientation depends on the shape and mechanical behavior of an object, specifically the location of its center of mass relative to its center of volume. It is therefore well suited for parts such as machine screws with rotational symmetry and a clear asymmetry towards a heavy end. It doesn’t work on fully symmetrical shapes or when alignment depends on a feature like color. The ramps within a bowl feeder are designed specifically for each part, although the core mechanism is reused for different parts.

The exit orientation of a bowl feeder depends on the shape and mass distribution of the part. When this is not the required orientation for the following assembly step, a feeder is often followed by a rotated conveyor that turns the part over as needed.

As integration increases across an entire production process, the need for feeders is sometimes reduced by having the components delivered on packs of tape or similar that keep them aligned during shipping and storage. These are most common in areas such as electronics where components need to be used in a specific orientation but this cannot be mechanically detected.

Vibratory feeders, commonly known as bowl feeders, are self-contained devices consisting of an especially shaped bowl that is used to bring the parts into a specific orientation. A vibrating drive on which the drum is mounted and a variable amplitude control box controls the bowl feeder.

Typically included is an outfeed bus (linear or gravity) to transport parts along and offload into the assembly machine, which comes in many shapes and sizes. The drive unit, available with piezoelectric, electromagnetic, and pneumatic drives, vibrates the bowl and forces the parts to move in a circular, inclined path.

A variable speed control box is used to control the vibratory speed of the bowl feeder and can use sensors to control the flow of parts to the outfeed lane. Depending on the mold size and component material, special shell and raceway coatings are applied to aid in traction, product damage, and reduced noise levels

also known as “rotary conveyors”, have a conical central driven rotor surrounded by a circular bowl wall. The feeder separates parts using rotational force and the parts spin at high speed and are pulled to the outside of the drum.

The individual parts are collected from the funnel via lifting plates, pre-sorted, and fed up to the required transfer height. The main features of the step conveyor are that it works quietly and without vibration.

Robotic parts feeders with a vibrating platen to distribute parts evenly on a flat surface for pick-up by an industrial robot. This type of feeder enables a very powerful, flexible part feed, part pre-orientation and an optimal surface distribution of bulk materials and components.

Space Feeder is used for separating and feeding loose foil bags, four-side sealed bags, flow packs, 3D bags, etc. This type of feeder is a versatile, high-speed unit with the ability to isolate and evenly distribute uneven and flexible components.

What are the uses and applications of an industrial conveyor belt?

Conveyor belts are used in many sectors of the industry, with the aim of guaranteeing the transport and movement of small, medium, and high volume products.

They are designed to be used in the processing and transportation of products in the areas of agri-food handling, construction, medicine, agriculture, mining, automotive, health, petrochemical, naval, or any other industry that requires moving large volumes.

Industrial conveyor belts are versatile, they can be used in multiple applications and perform the work with inclined, vertical, or horizontal movements, depending on the material to be transported.

What are some advantages of conveyor belts?

Energy Systems In The Future: Where Are They Headed?