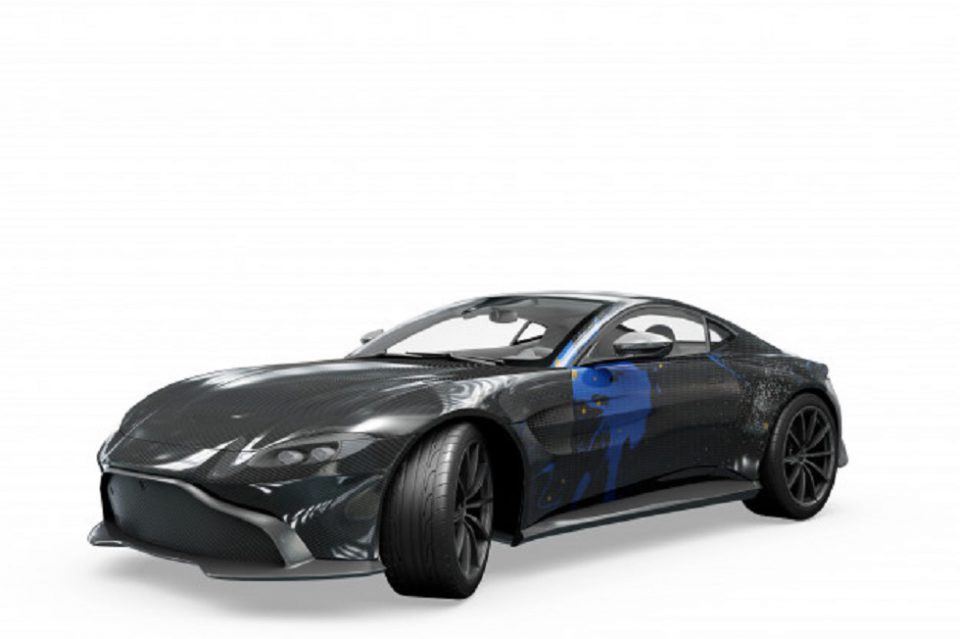 Most of you probably would have, after all these are some of the biggest brand names in the world of Glitz and Glamour. Yes, some more so than others, but all of them have managed to cement their place in today’s fashion industry and are certainly household names.

Now, this might not be an exhaustive list, but all of these brands also have another thing in common apart from being the big dogs in the fashion space. What is it you ask? Well, they have all been associated with one car manufacturer or another and have special editions of vehicles with their monikers stamped on them!

Ever heard of the 2006 Lamborghini Murcielago LP 640 Roadster Versace Edition? It is one of the rarest Lambos to ever roar on the surface of this planet because as it stands there are only two iterations of this unicorn available, and both cost over a Million Dollars. For this specific project, Versace teamed up with the ‘ Ad Personam’ department at Lamborghini to create a Murci that would scream Versace inside and out by featuring custom Versace upholstery crafted out of Nappa leather and complete luggage set to accompany the baller that would lay their hands on the final product. If not that, then maybe you would have heard about the 2019 Bugatti Chiron Hermes in recent times, a one-off product that was made specifically for Real Estate Mogul and Supercar Collector Manny Koshbin. Custom Upholstery, a Complete Glass Roof, and exquisite finishings and details made this Chiron nothing short of a work of art!

It is also not just top Italian Designers getting in bed with the Best of Italian Sports Car Manufacturers though, since there exists a creation by the name of the 2010 Volkswagen Golf GTi Adidas edition. What this little puppy entailed was a custom interior that proudly featured the iconic tri-stripe Adidas logo with inspiration from their footwear lineup and a special two-tone finish on the seats that would remind everyone of the Sports behemoth that is Adidas. The very fact that even the humble GTi has a fashion collaboration under its belt means that these brand deals aren’t just reserved for supercars and superbikes.

Why is it though that fashion brands lust after car makers to create such amalgamations though? The Simple Answer- It’s Great Marketing. One has to understand that car manufacturers aren’t here to build cars and fashion brands aren’t in the business to sell clothes, what both these industries have in common alongside others is the sole aim of turning a profit and what better way to turn a profit than to sell a dream?

The simple idea of owning a car is a luxury to most people and for as long as we can remember, car manufacturers have capitalized on this thought process by coming out with new generations of existing models and dubbing them as the only thing that would transform how you live your life on the daily. This little tactic isn’t exclusive to the car industry alone as even the fashion industry sells an idea of a lifestyle alongside their products. In a world full of Instagram and Snapchat, it isn’t difficult to fall prey to consuming products that one doesn’t really require. That shiny new handbag that featured in the Paris Fashion Week is definitely going to make some of us want to cop one the moment it lands in stores because the brand manages to create a desire inside us. The hype is, has, and always will be the greatest marketing tool in any brand’s arsenal, and anything that has multiple big names associated with it evolves into the so-called HYPEBEAST which simply translates to loaded banks for the brand.

So everyone ranging from Peugeot to Buggati have had their fair share of Glitz and Glamour sprinkled on their products by various fashion brands and vice versa simply to be able to market a product in a way that the masses perceive to be desirable. Automaker sponsored Fashion Shows, collaborations on upcoming products, and specialized events to showcase each other’s products are some of the most common ways by which both these industries help each other thrive. The Automakers want to be able to distinguish their products amongst their competitors by making them seem more like a lifestyle choice rather than a plain and boring everyday means of transportation. Fashion Brands on the other hand want to be able to appear more relatable by stamping their names on products that aren’t just clothes and also creating a lifestyle that people would want to buy into. We wouldn’t expect a brand like Giorgio Armani to tie-up with the upcoming Humvee but something like the new 2021 Ford F-150 Under Armour edition sounds like an actual product because both the brands exude a lifestyle that is rugged and sporty. This is why all the brands are extremely careful with who they shake their hands with since all the parties involved have a lot at stake and if their collaborations aren’t relatable- A whole lot of money goes down the drain. The fact of the matter is, that automakers are constantly trying to reinvent how they want to launch their future products as a simple showcase in the next Motor Show isn’t what the Top Brass wants. Something like a Milan Fashion Week launch for the Volvo XC40 or Jaguar’s partnership with Francesco Ragazzi for the preview of the I-Pace and the showcase of Ralph Lauren’s latest collection amidst a barrage of vintage Sports Cars proves the fact that automakers and fashion icons love to scratch each other’s backs and this cycle is here to stay. If given a choice, who wouldn’t want to own a special edition of their current car that was worked upon by their favorite designer? And we all very well know that our closets have at least one piece of automotive merchandise that we drooled on for the longest time before biting the bullet.

Selling a lifestyle works extremely well for both these enormous industries and anything that is good for business isn’t going to be out of fashion anytime soon. So, the next time you see a one-off Ferrari that was supposedly the “brainchild” of a certain Italian Designer, bear in mind that the economy and logistics of it all is what actually made it happen.

What Are Joe Biden’s Plans for Afghanistan? Is the Us Troop Withdrawal Going to Get Completed by the May of This Year? Read to Know All About Joe Biden’s Fresh Policy for the Afghanistan.

Covid-19 and Travel: Everything You Should Know About It

8 Reasons Why Security Systems Are Important for Businesses