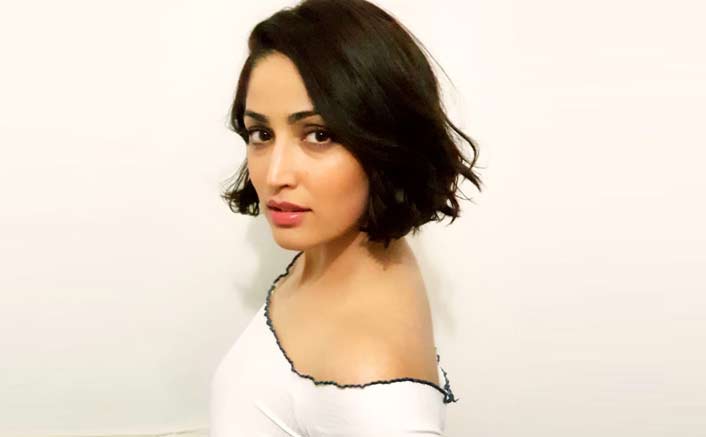 Yami Gautam has played diverse roles, be it in Vicky Donor or Kaabil or Sarkarr 3. The actress has always delved into a role and made it her own. This is exactly what she has done with her upcoming film, Uri. The actress has not only taken to transforming herself physically but has also had a complete make over look wise. She took to her Instagram this morning to announce her new look. The actress is currently sporting a stylish bob, this is the first time she has cut her hair for a role.
The hair transformation was done over the weekend when the actress and a team of three hair stylists and the director worked on how her hair should look in the film. The actress looks extremely classy and now we cannot wait to see her complete look in the film, sporting this new hairdo.
Uri is based on the Uri attacks that took place in 2016. The film is the directorial debut of Aditya Dhar and Yami will be seen opposite Vicky Kaushal in the film.
Speaking about it, Yami said, “I was extremely excited when the character needed this specific look for the film. When Aditya discussed it with me, I jumped at the opportunity of making my character more believable. So we did a few trials and then went ahead with it. I am loving my look, hope audiences love it too”

Yami’s new getup is so charming and awesome.