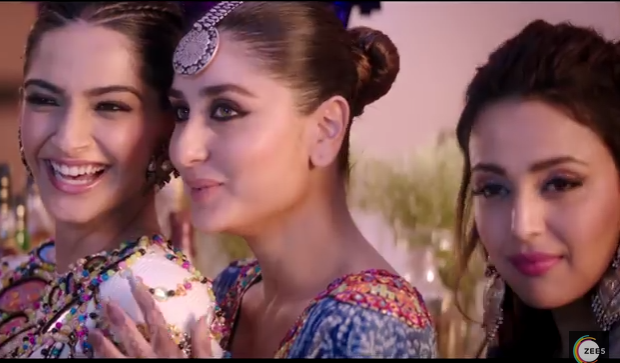 After the phenomenal success of digital premieres of movies such as ‘Padman‘ and ‘Parmanu‘, ZEE5 will now bring the 2018 blockbuster Veere Di Wedding to your fingertips. Since its theatrical release in June, the film will now be available exclusively for ZEE5 subscribers.
Commenting on the premiere, producer Ekta Kapoor said, “When we decided to make Veere Di Wedding, we knew it was going to be nothing like anything else. These are girls who don’t conform to stereotypes and in fact go on to shatter glass ceilings, with pure entertainment. The unprecedented box office numbers sky rocketed Veere Di wedding into another space and I am excited about the big digital premiere on ZEE5.”
It is known that the film revolves around four childhood friends Kalindi (Kareena Kapoor), Avni (Sonam Kapoor), Meera (Shikha Talsania) & Sakshi (Swara Bhaskar) and their unbreakable bond of friendship. Things start to change when the pack of four meets after 10 years. Exploring the themes of sexuality and sisterhood, the movie went on to create quite a stir among movie-goers, initiating conversations across platforms.

Olwen Catherine Kelly: 10 Facts About The The Autopsy of Jane Doe Actress