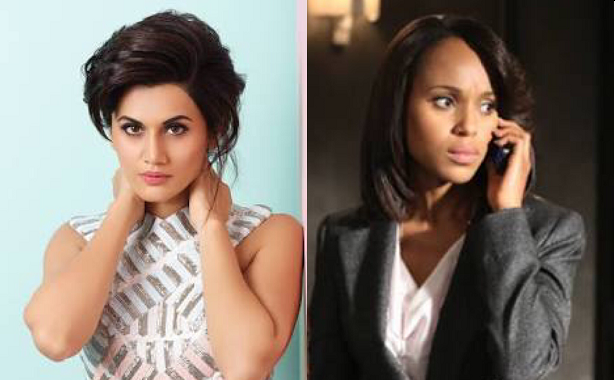 While the media is currently going gaga over the adorable selfie of Taapsee and Big B from Scotland as they have begun shooting for Badla, we just heard something amazing regarding Taapsee’s look in the film. The Pink actress who plays a successful entrepreneur in the film will be power dressing like never before. While Bollywood is slowly catching up to strong powerful working women who dress for their role, Hollywood slays each powerful look. The most well known has to be Kerry Washington from her show, Scandal. The actress not only plays a powerful business owner but one who advices the president of the United States of America.

Taapsee and the Badla team kept Kerry Washington in mind while planning outfits for the actress from pencil skirts, crisp shirts & stilettos to pant suits that are pinstriped with clean cuts and dresses that make heads turn. While we have seen Kerry rock her look we cannot wait to see Taapsee strut her power in Badla. 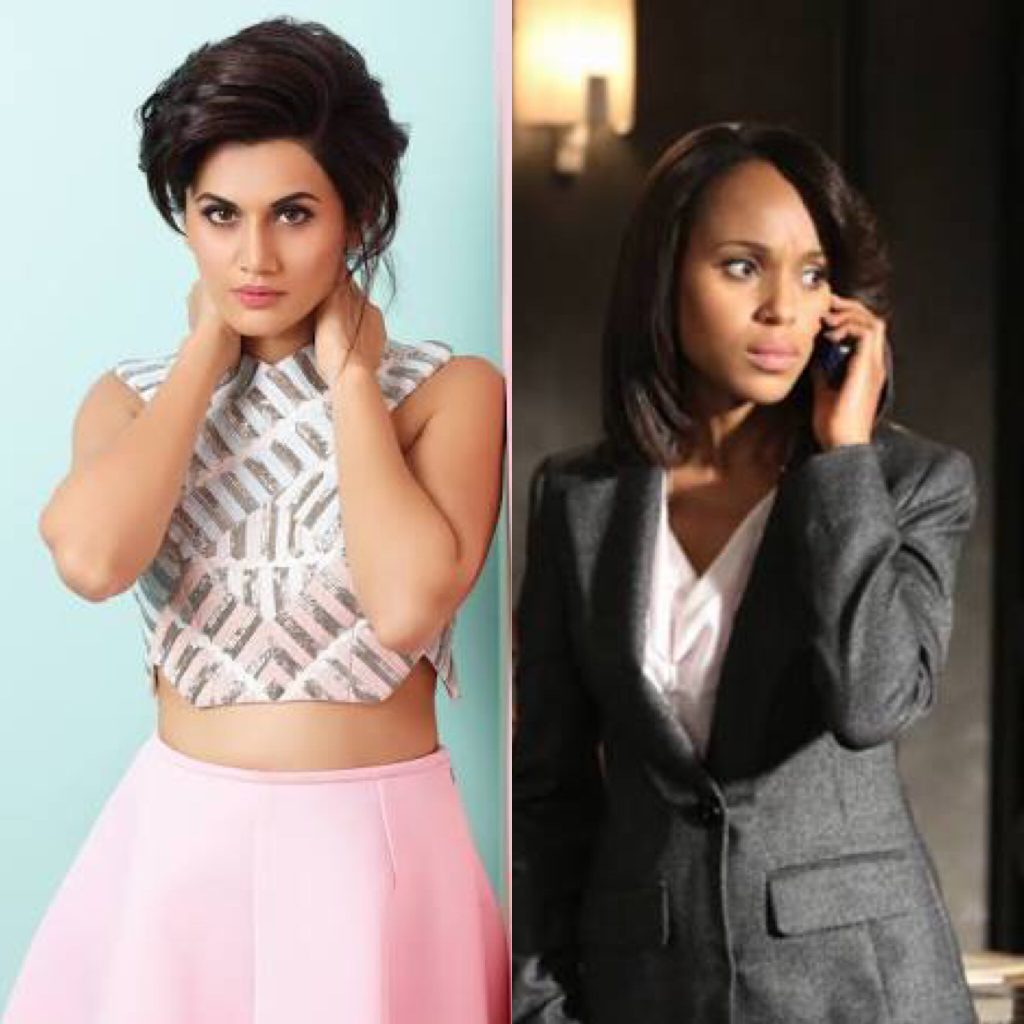 “It’s a character I have never done before so wanted to have an interesting look put together. She is a sharp and intimidating woman who dresses up in an extremelym n proper way. Kerry Washington’s look was a perfect reference point for us and if I can achieve something even close to hers I think we will be good”, said the Naam Shabana actress.

On the work front, Taapsee will be seen in Soorma alongside Diljit Dosanjh. Showcasing the life journey of Hockey player Sandeep Singh, the biopic is all set to hit cinemas on July 13.