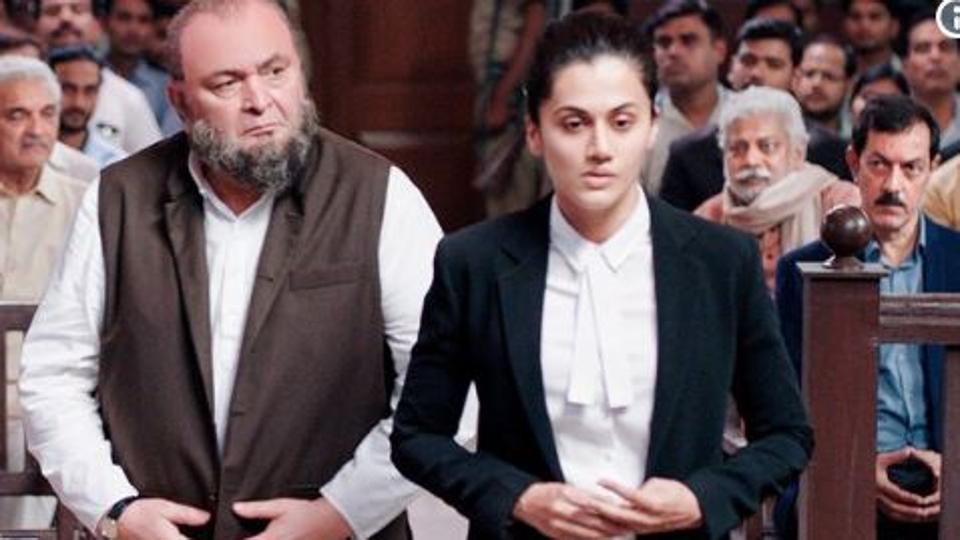 Taapsee Pannu has been busy in the Scottish highlands shooting for her upcoming film Badla which is being directed by Sujoy Ghosh. She is also basking in the success of Soorma which has been doing well at the box office and is also currently awaiting the release of her next film, Mulk which is directed by Anubhav Sinha. The reason it has been touted as a much talked about film is because it talks about a topic everyone tiptoes around, Islamophobia.
Taapsee plays a lawyer in the film, Aarti Mohammed who takes to fighting a case in the court to battle the allegations on her father in law who becomes victim of religious discrimination on being accused of raising a terrorist son. In every scene from the trailer Taapsee hits the bulls eye with her delivery, acting and emotion. While this is the first time the actress is donning the role of a lawyer,it doesn’t seem like it on screen. 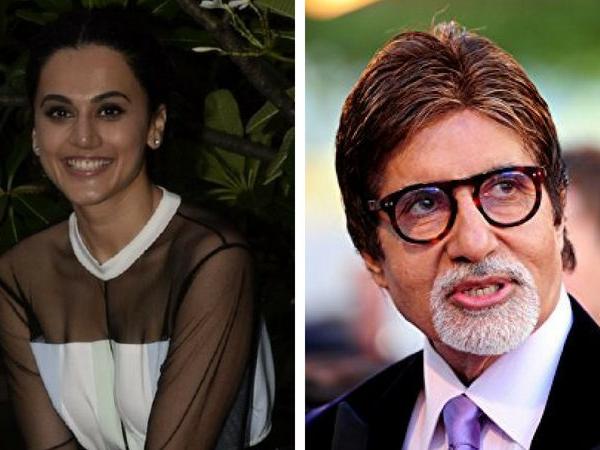 Interestingly, one of the inspirations who helped Taapsee during the prep of her role is her Pink and Badla costar, Amitabh Bachchan. As Taapsee saw the veteran actor play a lawyer in her first film with legendary actor in 2016, she took a few tips and points from his role as lawyer and applied it to her own.
Taapsee who spent a considerable time with the actor back in 2016 during the shoot of Pink took nuances of his role and applied that to the prep of her own role as a lawyer this time around.
Amitabh’s role is one of the best lawyer roles on screen according to Taapsee and it seems like she really took inspiration from him during the shoot of Mulk.
Speaking about it, Taapsee said, “On celluloid, Bachchan sirs character and role in Pink and his portrayal of a stern yet convincing lawyer for me was the best point of reference. Since I have worked with him on the film in 2016, I had a good point of reference of how he executed the role. While pf course we are diverse as actors and the kind of role I essay and situations of my role are much different, there were still nuances of the role which I picked up”.
previous post