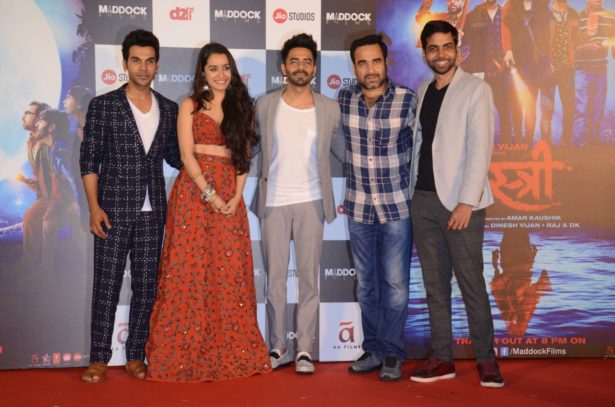 Upcoming film Stree, which is based on a ridiculously true phenomenon grabbed a lot of eyeballs after the release of its trailer yesterday. The film revolves around on a true phenomenon and had its grand trailer launch yesterday along with the entire star cast of the film which includes Rajkummar Rao, Shraddha Kapoor, Pankaj Tripathi, Aparshakti Khurana and Abhishek Banerjee.
The trailer of the movie has been getting a lot of positive response over the last 24 hours. The excitement among the audience to see the film has only been on the rise and the fans cannot contain the frenzy. The excitement and anticipation of the film is so high that a new hashtag on #OStreeJaldiAana has started trending.
Everyone is reaching out to the makers to know more about the film or alteast have special sneak peak soon.
Directed by Amar Kaushik the horror comedy is all set to release on August 31.