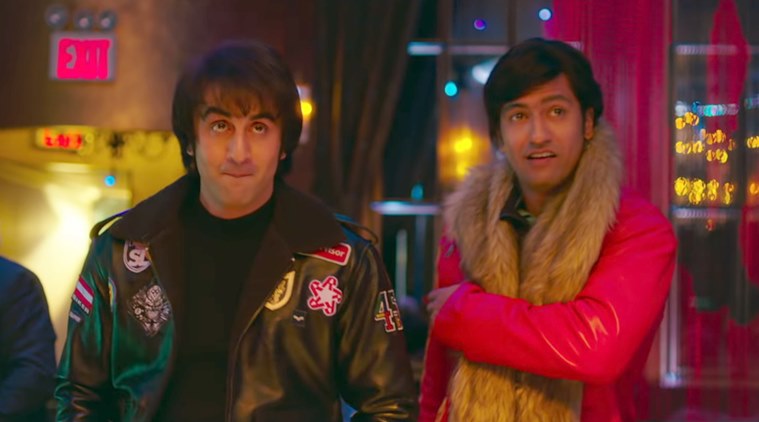 There seems to be absolutely no stopping for the miraculous Sanju! The Sanjay Dutt biopic has already broken several box office records since the time of its release. Ranbir Kapoor has wowed critics, who cannot stop raving about his stellar presentation in the biopic. From becoming the highest starting day grosser to becoming the maximum opening end of the week earner for 2018,
There was no shortage of earnings despite the end of the weekend, but on Monday, people were constantly crowded at the box office to watch the movie. Sanjay Dutt won the hearts of Ranbir’s tremendous people in the biopic on life. In just three days, earning ₹120 crores, Sanju, who made her Bollywood debut in the film, has made several records.
Sanju box office collection 4th day
On its 4th day, Looking at the pace of the movie, Sanju will soon lead the pack in the ₹ 150 crores as well. Taking its total collection so far to ₹ 145.41 crores. It is said to be the maximum for a non- holiday Monday, yet another feat in the film’s huge success parade. The movie was released across 4000 screens in India and 1300 screens abroad. As of 2nd July 2018, the movie has a worldwide gross of ₹211.47 crore. 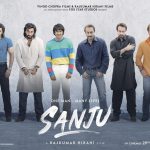 The movie registered the highest opening for any film released in India in 2018. On its third day, Sanju had the highest single day collection ever for a Hindi film in India.
Not just this, Sanju has broken the record of Baahubali 2 by recording highest single day for a hindi film Industry. The Hindi-dubbed version of Baahubali 2 had collected ₹ 46.50 crore on Day 3, while Sanju has surpassed it by earning ₹ 46.71 crores on its 3rd day.
The Film Storyline: Directed by Rajkumar Hirani and written by Hirani & Abhijat Joshi, Sanju is a hindi biographical movie that follows the life of Bollywood actor Sanjay Dutt, which was titled Sanju after the nickname Dutt’s mother Nargis used to call him. It unravels the secrets and hypes that surround the actor. His relationship with his father, fall down into drug addiction, arrest for involvement in the 1993 Bombay bombings, reappear in the Bollywood industry, and ultimate release after completing his jail time.
Ranbir Kapoor stars as Dutt, along with a supporting cast which features Paresh Rawal as Sunil Dutt, Manisha Koirala as Nargis, Dia Mirza as Manyata Dutt, Vicky Kaushal, Sonam Kapoor, Anushka Sharma and Jim Sarbh.
Sanju is Rajkumar Hirani’s 5th and first biopic film. It is also his first film that is not straight about India or Indianness. His latest film Sanju has hit the screens is known for appearance his movies with both commercial and socially relevant elements. His films are the ones which strike the heartstrings of the public and the classes alike, complimentary the universal appeal of his characters. Despite having only few films to his honour, today Hirani is counted as one of the most popular and successful directors in the Hindi film industry.

Ali heads back to school for Prassthanam!