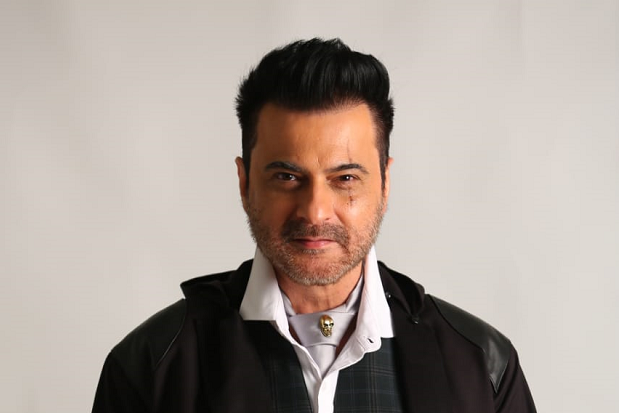 Are these looks for his next film ‘Bedhab‘?
Sanjay Kapoor is currently gearing up for his upcoming film ‘Bedhab‘ where he will be seen in a double role and with every passing day he has been surprising us with varied looks from the film. 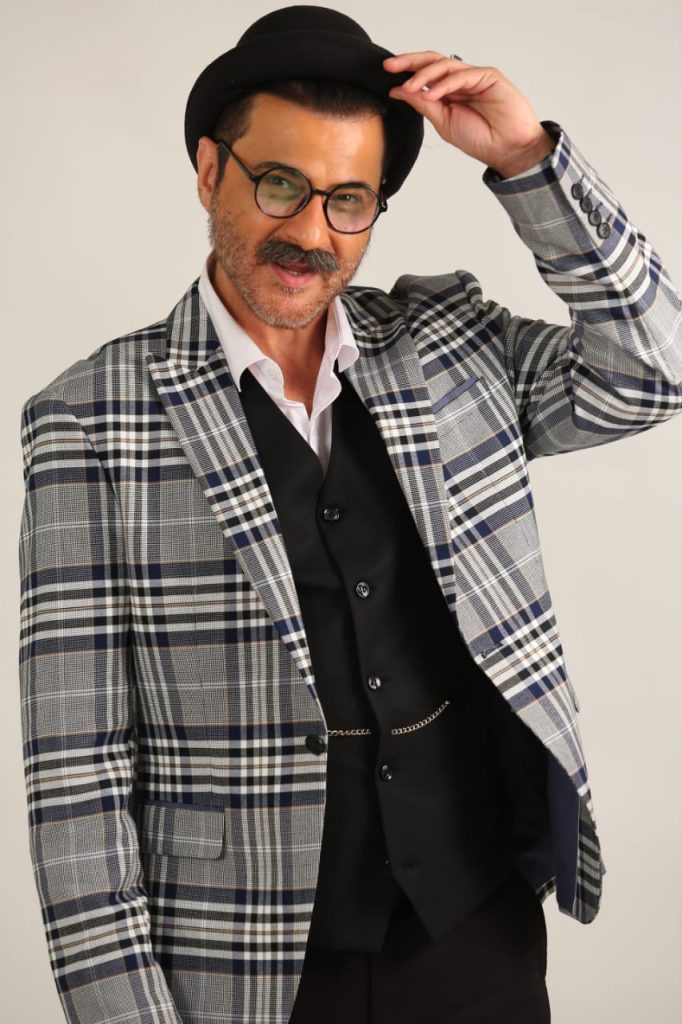 Just recently he had shared a few glimpses of himself covered in prosthetics on the sets. Also, the makers had unveiled the first look poster of the film, where Sanjay was seen as a suave man holding a burnt cigar. 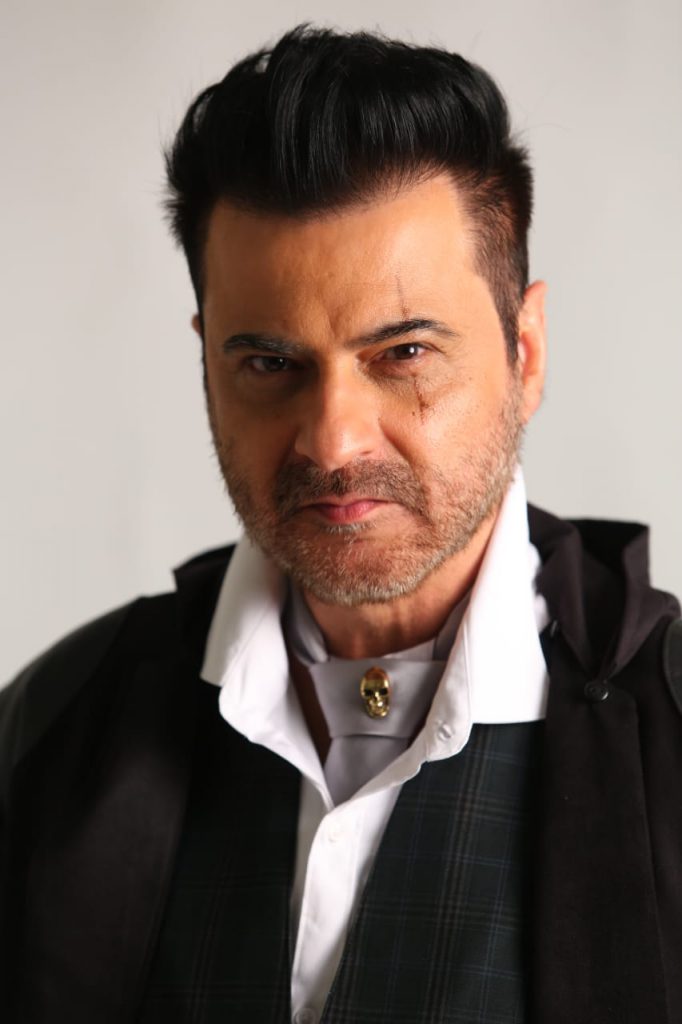 Now, the versatile actor has unveiled two fresh looks which seems are from his film. In one picture he can be seen in a dark avatar, the defying anger in his eyes, a scar on his face, a skeleton brotch and rings, all directing towards the negative shade of his character. 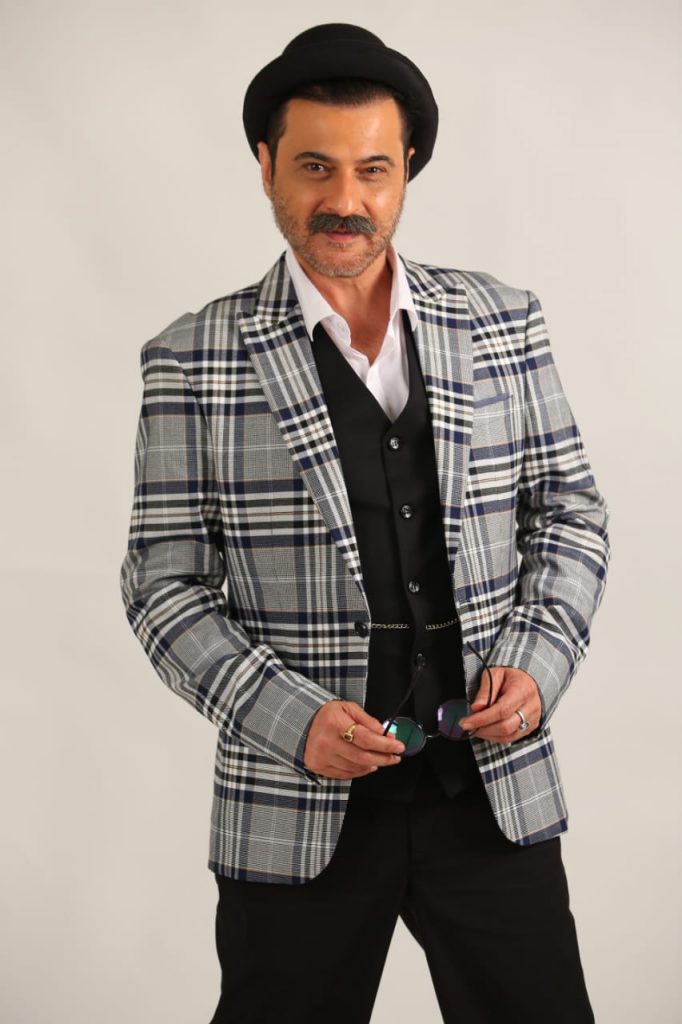 In the other picture, he is seen in a totally opposite avatar, comical and humorous. Wearing a round hat and specks. He is all smiles and happy.
The two looks are distinctive in nature and both hint at a hidden mystery behind their faces.
But, when we contacted the director of the film, Akash Goila he shared that the looks are yet to be finalized and these are the experimental looks that we have tried on Sanjay Kapoor. The ones which suit him the best will be finalized and we shall soon unviel them. 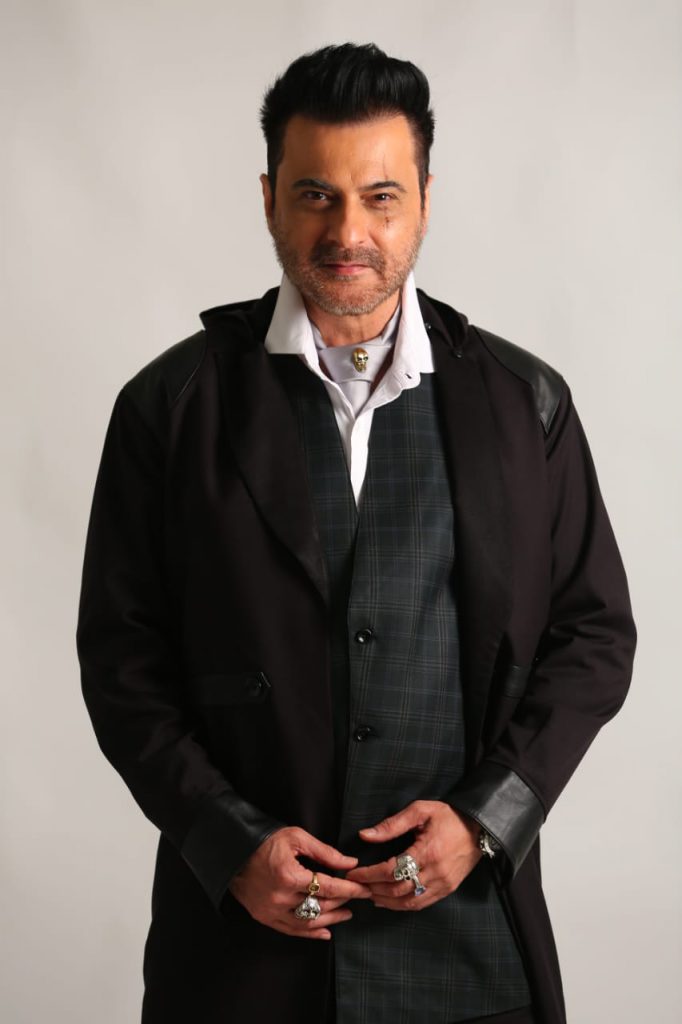 Talking about his character and the reason he chose the script, Sanjay shared in a recent media interaction that the film ‘Bedhab’ conveys a beautiful message and that he will be seen in an interesting double role.
“Bedhab” directed by Akash Goila and produced by Aashish Sachdeva and Akash Goila stars Sanjay Kapoor, Pooja Chopra and Aashish Sachdeva in lead roles.

Why Should Men Direct All The Films? – A Tribute to the Special Women!