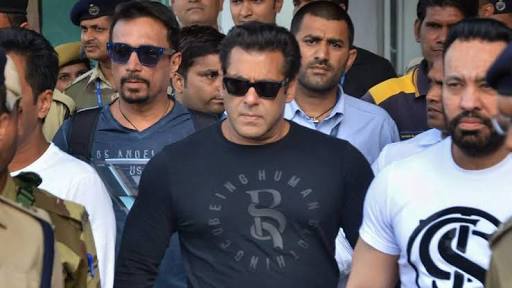 1. April 5: A Jodhpur Court is set deliver the verdict in the 1998 blackbuck poaching case against actor Salman Khan today. Actors Saif Ali Khan, Sonali Bendre, Tabu and Neelam were present for the hearing.

“Actors were in a Gypsy car that night, with Salman Khan in the driving seat. He, on spotting a herd of black bucks, shot at and killed two of them,” Public Prosecutor said.
“But on being spotted and chased, they fled from the spot leaving the dead animals there,”although there was adequate evidence against them.

Denying these allegations, Salman Khan’s counsellor told there were several loopholes in the prosecution’s story and it had failed to prove its case beyond any doubt.

“It engaged in tampering and fabricating evidence.It even failed to prove that the gunshots led  to death of blackbucks. Hence, such investigation cannot be trusted,” Saraswat said.

4. Who is involved in the case?

Bollywood actors Sonali Bendre, Saif Ali Khan, Tabu and Neelam are involved in the blackbuck poaching case, while Salman Khan is the main accused. It also involved two more accused, Dushyant Singh, who was allegedly accompanying the actors when the poaching took place, and Dinesh Gawre, said to be Salman Khan’s assistant.

However, Gawre never appeared in court and was made to disappear,if he had been there some more useful piece of information available in the case.

5. The poaching: The forest department recovered the carcasses of blackbucks after the poaching incident. A forensic report also confirmed that the blood samples obtained from Salman Khan’s car matched with the blackbucks.

The blackbuck is a species of antelope native to the Indian subcontinent. Since 2003, it has been listed as near threatened by IUCN and considered an endangered species in India. It is protected under the Wildlife Protection Act of 1972

6. November 11, 2016: Salman Khan was issued notice by the Supreme Court on an appeal by the Rajasthan government challenging his acquittal in blackbuck poaching case. The top court agrees to fast-track the plea.

7. July 25, 2016: The Rajasthan High Court acquitted Salman Khan of all charges in the blackbuck poaching case. The High Court said that there was no evidence to prove that the animals which were found dead were shot by the actor’s licensed gun.

8. August 31, 2006: The Rajasthan Court suspended the sentence and ordered the actor to not leave the country without formal permission.

9. April 10, 2006: Salman Khan convicted in the blackbuck hunting case. He was slapped a fine and sentenced to five years of jail and spent a week in jail in Jodhpur before being granted bail.

10. October 2, 1998: A police complaint was filed against the five actors Salman Khan, Saif Ali Khan, Sonali Bendre, Tabu and Neelam for allegedly killing two blackbucks while they were shooting for the movie Hum Sath Sath Hain in Rajasthan’s Jodhpur.

In all, three cases of poaching and one under the Arms Act were registered against Salman Khan in 1998.

What is Arms Act case?

The Arms Act of 1959 is an act of Parliament of India to consolidate and amend the law relating to arms and ammunition in order to curb illegal weapons and violence stemming from them.

Maldives: A Paradise on Earth

I guess justice is done!

Hats off to the timeline of a judicial proceeding in this country! It simply takes ages!