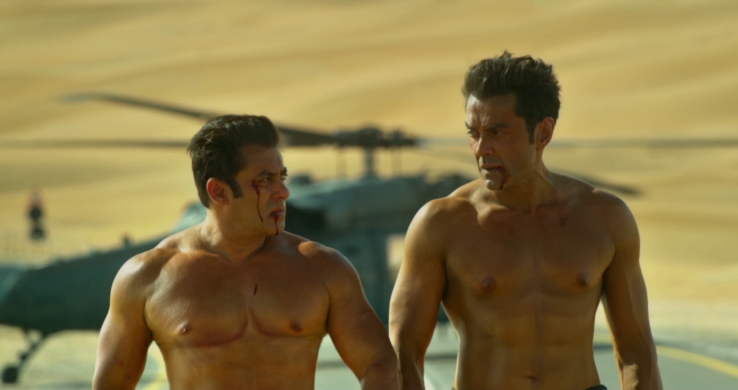 It is well known fact that Salman Khan is an avid fitness buff and the actor got Bobby Deol to join the bandwagon too! Bobby Deol’s chiseled abs coupled with his sleek and charming look in ‘Race 3‘ is totally making girls go weak in their knees!

Fans wait with bated breath to watch Salman remove his shirt and flash his 6 packs of armour, this time he got Bobby Deol to do it as well! The scene in the trailer when Salman and Bobby are seen walking down the road in Salman Khan’s iconic bare chested style was actually a spontaneous move on the part of the director!

“We never had any such scene in the script initially. As Salman Bhai always obliges his fans with his trademark style, I thought why not have Bobby do the same. Bobby has worked extremely hard on his physique, he never missed a single gym session even when on set. It was time we showcased this hard work to the die-hard fans and the proof lies in this dhamakedaar shot which has come out exactly how we envisioned it”, says Remo Dsouza.

Watching the duo walk alongside each other in their macho style definitely had girls swooning !

'Nazarbattu' from Yamla Pagla Deewana Phir Se was created in an hour!

Waiting for the launch of Bhai Movie!