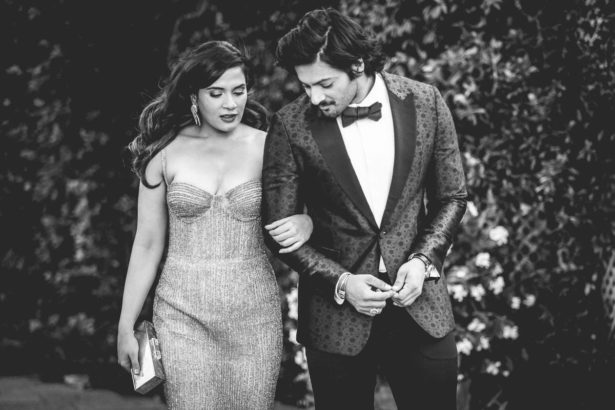 Bollywood’s current hot couple Richa Chadha and Ali Fazal have been making news since they announced their courtship last year.
It is know that both are doing exceptionally well in their careers. While Richa is currently shooting for one the most coveted roles as Shakeela in the biopic on the south sensational adult film star, Ali is currently shooting for ‘Prassthanam‘ where he’ll be seen with Sanjay Dutt.
Moreover, Chadha has impressive line up for 2018-2019 with films like Abhi Toh Party Shuru Hui Hai and web-show Inside Edge 2. On the other hand, Ali is will be seen in Tigmanshu Dhulia’s Milan Talkies and is awaiting release of Farhan Akhtar’s video on demand series Mirzapur on Amazon Prime. 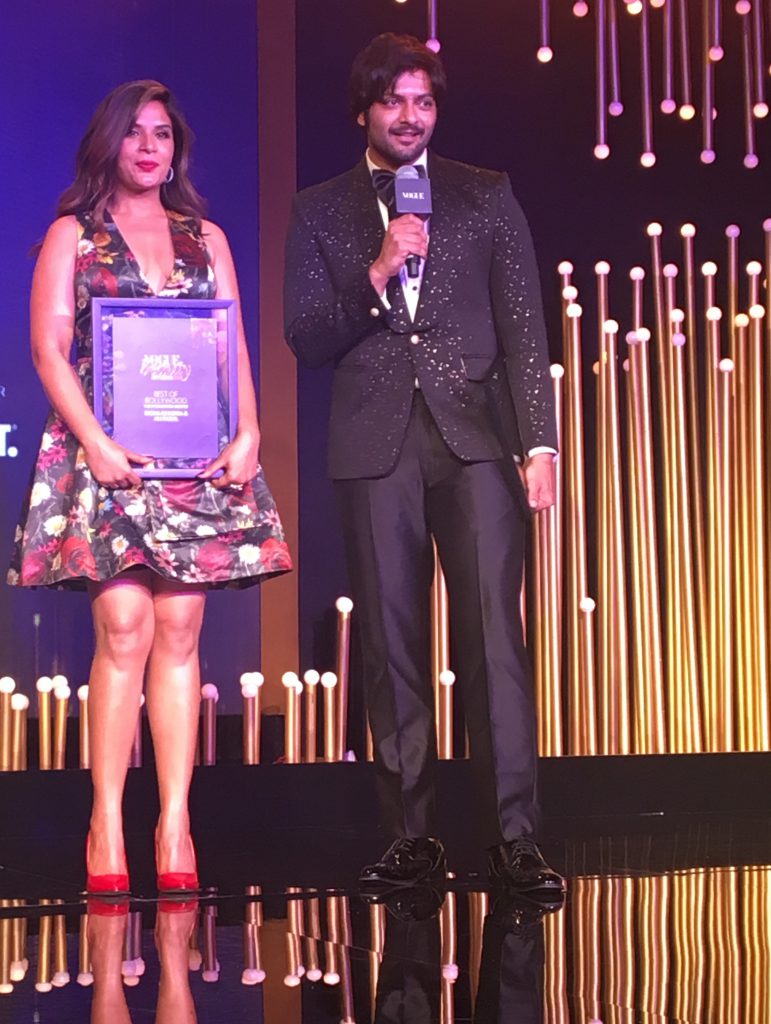 Ali and Richa have been quite private about their relationship but are still adorably cute on social media. Apart from the fact that they look stunning together, the two are also lovely people who talk about sustainability, saving the environment, playing sports and talking about adopting and rescuing animals. These things never go unnoticed and Vogue definitely noticed all of this in the Fukrey couple.
Recently, both were awarded with the Most Beautiful Couple Award at the Vogue Beauty Awards held in Mumbai which was earlier given to Shahid Kapoor and Mira in 2017.
On winning Richa said, “It’s admirable that someone has thought to give us this title. It definitely is a good feeling to share this title with someone you consider such an important part of your life and I’m glad Ali and I get to have this honour to be called the most beautiful couple for the year.” 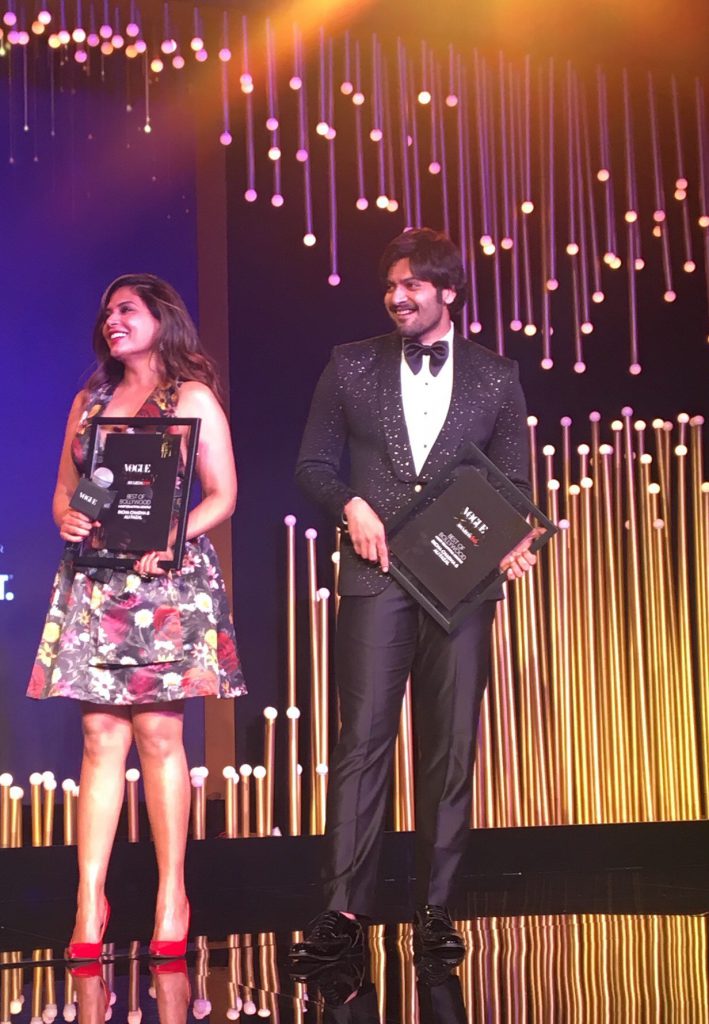 “It feels nice to be named the couple of the year. To all others , all our stories are unique and priceless. Its a way of celebrating love among many a hate. And when you club style and love together you get Vogue. So thanks to the team in India as well as Vogue America for their undying support and collaboration with me through the past year”, says Fazal.