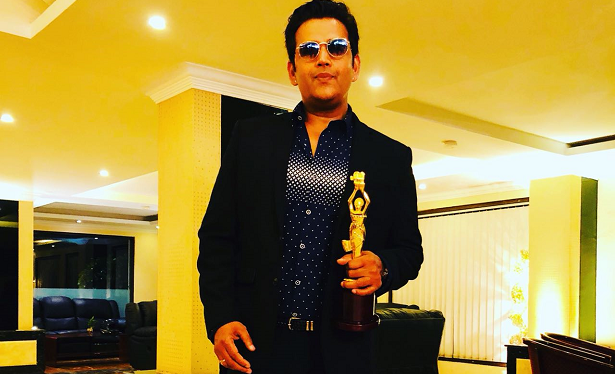 Bhojpuri superstar and Bollywood actor Ravi Kishan, who is known for his unmatchable acting prowess in films like ‘Bullet Raja’, ‘Global Baba’ and more was awarded the Best Actor award at Jharkhand International Film Festival for his film ‘Kashi Amarnath’.
Earlier, he was honoured with the Bhojpuri Ratna award at the Bhojpuri Cine Awards held in Kolkata.
Ravi Kishan Shukla aka Ravi Kishan rose to fame as a Bhojpuri actor. Reportedly, Ravi has recently signed a crime-based web series, which is a project by Ekta Kapoor’s ALTBalaji.
Moreover, apart from working in B-Town and Bhojpuri film industry, Ravi has also worked in a few Kannada and Telugu films.In 2017, he made his Kannada debut in Hebbuli, alongside Kiccha Sudeep and his Tamil debut in Sketch movie with Vikram.
Interestingly, Ravi Kishan has as many of eight films slated to release this year.
previous post

I have seen a lot of Bhojpuri movies of him