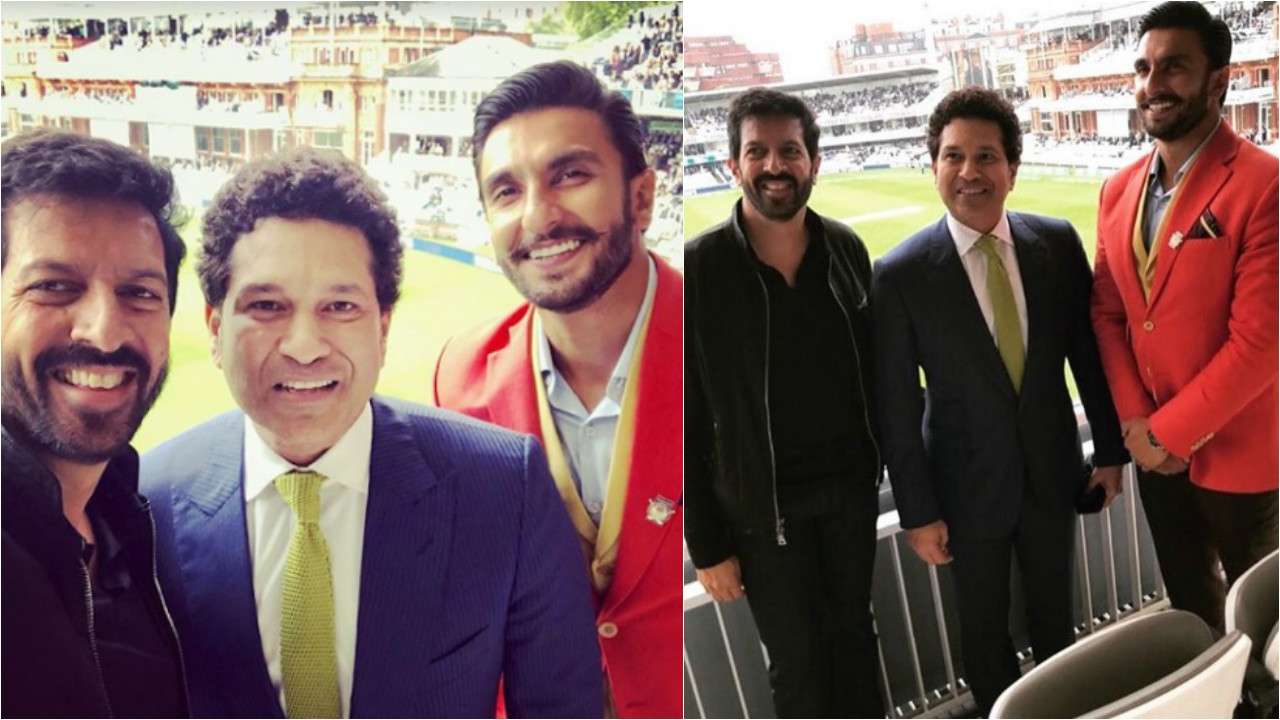 After his success in Padmavati, Ranveer Singh became one of the most bankable actors in Bollywood industry. Now he has started working on another venture which is a film based on Kapil Dev’s story line at the time of World cup 1983.
The actor was seen in Lord’s cricket ground, England and was photographed with Master blaster Sachin Tendulkar and director Kabir Khan. All the three were in London to see the test match between England and India. 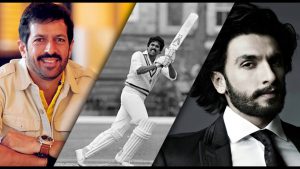 Presently, Ranveer said in an interview that he is preparing for the movie. 83’ will be the biggest movie on screen representing those moments when Indian Cricket team made Indians proud after winning a World cup in 1983 under the captainship of iconic cricket player, Kapil Dev.
This movie will be a sports drama, like MS Dhoni-the untold story, and Ranveer will portray Kapil Dev’s role. With all the powerful casting and preparation, the process of its shooting has already been started.
In an interview Kabir said that Ranveer will be trained by former players of Indian cricket team and those members who participated in 1983 World cup winning squadron.
The script of the movie has already been prepared by the director himself and the shooting locations have also been finalised. The entire movie is set to be shooting in real locations and will get processed till next year.
This most awaited movie of 2019 is expected to be released on 5th of April next year.

this is going to be Epic

Ya. Can’t wait to see the movie.