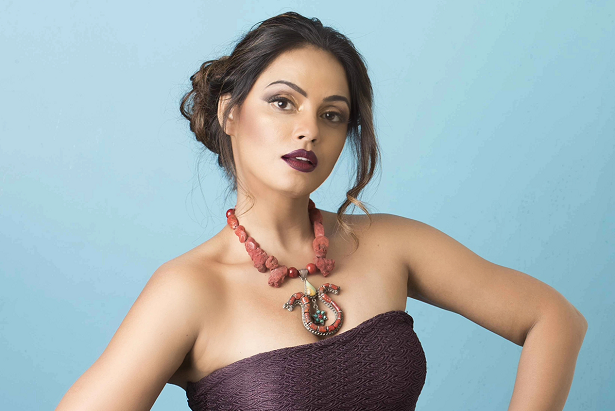 Bollywood artiste Neetu Chandra who recently completed shooting for singer Rekha Bhardwaj’s romantic music video ‘Hui Main Tumhari’ in Los Angeles is reportedly now gearing up to walk the ramp at the upcoming Los Angeles Fashion Week (LAFW).
The actor will be seen teaming up with eminent Armenian fashion designer Pol Atteu for the event to be held in Beverly Hills in October.
The B-Town girl who looks super ecstatic about her collaboration was in LA for a special photo-shoot where she was seen sporting some of the outfits from the designer’s special collection in which she looked radiantly beautiful.
Chandra will further feature as a special guest on the show ‘Gown and Out in Beverly Hills’ with designer Pol Atteu and Patrik Simpson.
Shares Neetu, “I’m really excited to collaborate with a fashion designer of the calibre of Pol Atteu. I love his sense of style. I think he knows how to make women look powerful yet gentle and sensitive. Really looking forward to walk the ramp for this fabulous designer.”
Moreover, she will soon be spotted in a short film titled ‘The Playboy Mr. Sawhney’ alongside actors Jackie Shroff and Tahir Raj Bhasin, where she’ll be essaying a revolutionary writer.
previous post