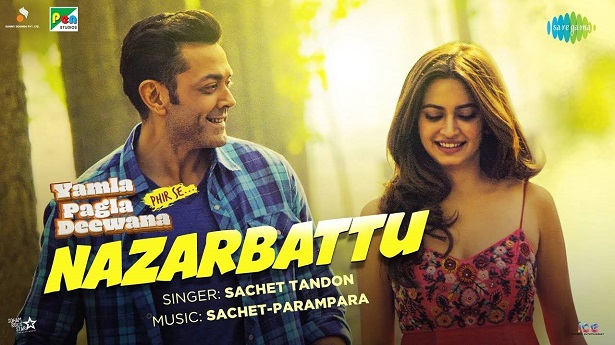 Ahead of the film release, the team of Yamla Pagla Deewana Phir Se launched a new song, Nazarbattu and its melodious rhythm will surely make you leave your chair and dance along with Bobby!
Reportedly, this is the first time ever that a male-female duo composed a song together in Bollywood. When Pulkit Rishi provided the team with a line, ‘Nazarbattu Main Tera,’ Music Directors, Sachet and Parampara broke the mukda-antra pattern usually followed in a song and brought back Kishore Kumarji’s yodeling tunes in the song after ages giving us all a beautiful, romantic number.

The perky song starring Bobby Deol and Kriti Kharbanda was made in an hour while jamming in the director’s office. It was shot in The Golden Temple in Amritsar. “It’s an expression of love,” says Music Director, Sachet Tandon who has also given voice to the song.
The film is slated to release on August 31.

7 Tips to Improve Your Netflix streaming Even Better

Who Is Jesse Rutherford? The Man Billie Eilish Loves To Touch!