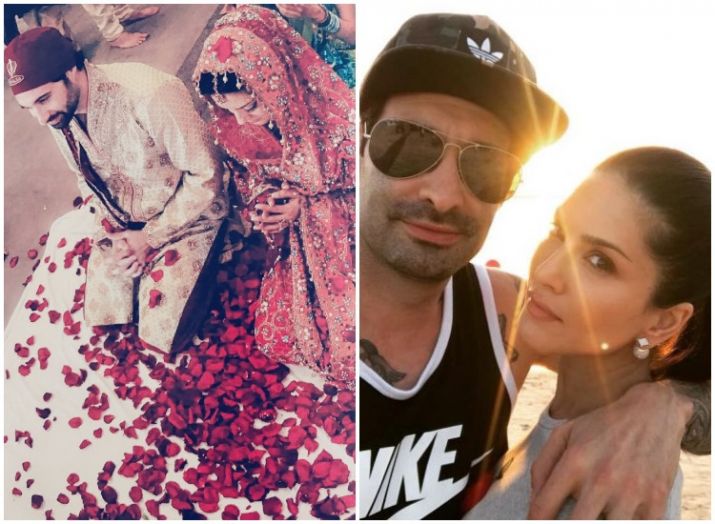 Sunny Leone, who have successfully captured the imagination of infancy of the country, reveals about how her husband supported and handled her working with other men while she worked in adult movies. Her career in adult entertainment has now showed nation about Sunny and her husband, Daniel Weber’s relationships and how the couple romance have made their binding irrespective of the profession she was in.
Sunny might be many people’s dream girl, but for her, Daniel is the only person she had admired throughout her life. During a conversation with Humans of Bombay, Sunny spoke about her marriage relationship, “It’s been 7 years now, and we’re just the same. He supports every dream of mine like it’s his own– he makes me believe that anything is possible. And when we’re all together, the kids, me and Danny making us breakfast…life itself is a dream, one I can’t believe I’m living.”
She even shared her first meeting in the interview in which she acclaimed, “We met through Daniel’s bandmate at a club in Vegas. He says it was love at first sight, not for me though, because all we did was make small talk– there weren’t any floating hearts or violins. But somehow, he got my number and email ID. What I liked though, is that he didn’t call me but emailed me instead — that’s how we started talking. Coincidentally, I was going to New York, where he lived… when he emailed me saying, ‘You’re never going to give me your number, are you?’ Which is when I gave in and he asked me out.” 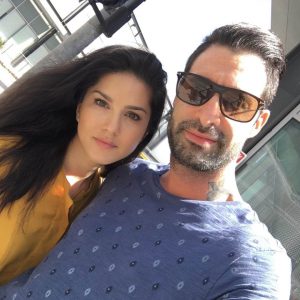 Although Sunny took considerable time to give a thought over their relationship, she said, “I was late for our first date. But like a gentleman, he waited patiently. When I finally reached and we started talking — there was the violin moment. The whole restaurant disappeared and it was just him and me. We talked for 3 hours nonstop! We spoke about our cultures, ideas and beliefs. It was amazing…it was like I’d known him forever.”
Sunny also revealed about Daniels proposal for marriage and said that the couple had long courtship period. At the beginning days, they used to have small talks to get to know each other. Gradually their relationship reached a pinnacle. One incident she shared in the interview, “I remember when I was in Oman, in the middle of nowhere — he sent me a mixed CD and flowers from across the world! I had a stack of calling cards because of how much we spoke! I was in love.”
Most important talk made during the interview was regarding support that her husband showed while Sunny worked in adult film industry. According to her, “He’s been so considerate and supportive. In fact, because he wasn’t comfortable with me working with other men in my adult films, he started working with me and then we started our own company.” 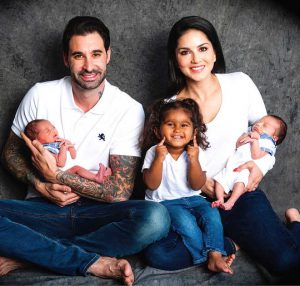 Sunny and Daniel have been happily married for seven years who lives with their parents and two years old baby girl Nisha and twin brothers Asher and Noah. Noah and Asher were born through surrogacy while they adopted Nisha from an orphanage in the year 2017.