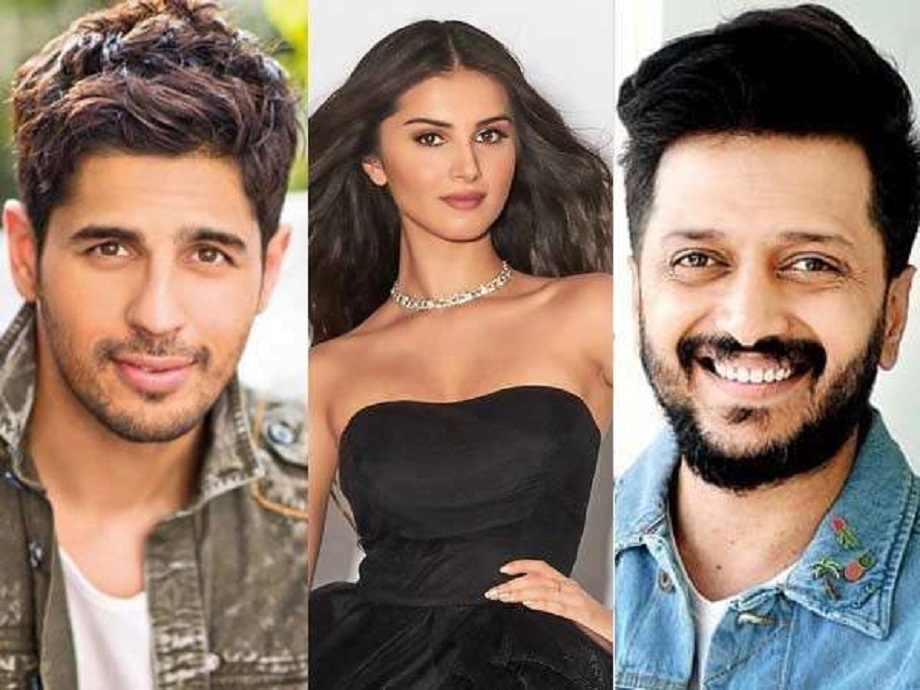 After the convincing success of their multi starrer entertainer ‘Satyameva Jayate‘ the trio of Bhushan Kumar, Nikkhil Advani and Milap Milan Zaveri is back in news with their next ‘Marjaavaan‘.
Set against the backdrop of Mahanagari Mumbai will be an action-packed, high on drama, emotional love story with Riteish Deshmukh, Sidharth Malhotra and Tara Sutaria playing the lead roles.
Interestingly, a lot of excitement around this unique casting is because Riteish and Sidharth have been seen together in 2013 release ‘Ek Villain’. Moreover, the film was co-written by Milap.
Tara Sutaria, who will debut in SOTY 2, is the fresh new face and will play Malhotra’s love interest in this flick.
“We have together backed Milap’s earlier film and are confident of bringing this family entertainer for our audiences. Apart from an engaging story, the film will have wonderfully curated music to highlight the love story”, said Bhushan Kumar.
An overwhelmed Nikkhil Advani says, “Be prepared for action, dialogue-baazi Milap style, with a moving tale of love and longing.”
Reveals Milap, “I am continuously grateful for all the support my film Satyameva Jayate received. So excited and grateful to team up again with T-Series and Emmay. This is a family production for me to have all  those associated with it, as part of it.”
The film will go on floors December and is slated for release on October, next year.

Online Poker or Fantasy Sports? Which Is The Most Entertaining?