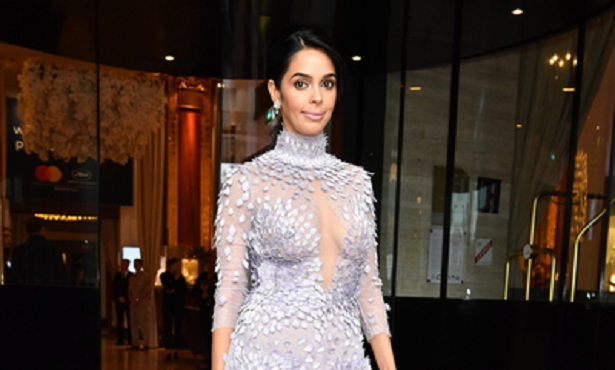 Best known for her 2006 release ‘Murder’ alongside Emraan Hashmi, Bollywood sensation Mallika Sherawat made a stunning appearance at the red carpet event of the ongoing Cannes Film Festival 2018. The actor who has collaborated with ‘Free A Girl India’, an NGO fighting against human trafficking and commercial sexual exploitation of children in India has taken it upon herself to reach out globally by taking her mission all the way to Cannes. In the past, many renowned actresses like Julia Roberts and Salma Hayek have used the influential forum to drive a strong point.


Styled by Wil Ariyamethe, one of the top stylists of Paris who has also styled actress Cate Blanchett for the Cannes 2018, Mallika looked ravishingly resplendent and gorgeous in a gown by couturier designer Tony Ward. The make-up by Christian Dior, hair styled by Dessange and jewels by Piaget only added to the divine beauty of the actor. Mallika strutted the red carpet in her exquisite shoes by Ferragamo.

Mallika has always been known for her active involvement in philanthropic activities over the years. As an actor and activist, she intends to highlight the issue of child prostitution and trafficking at an international level in order to spread awareness and help eradicate it completely from the society. She says that every minute we don’t do something, there’s a woman suffering abuse and these women don’t have the luxury of waiting for an eventual change.


On the cinema side, Mallika will make her comeback with Saandesh B Nayak’s directorial ‘Zeenat‘, this year.
previous post

Mallika always tries to be in the news . Again showing her beautiful assets.