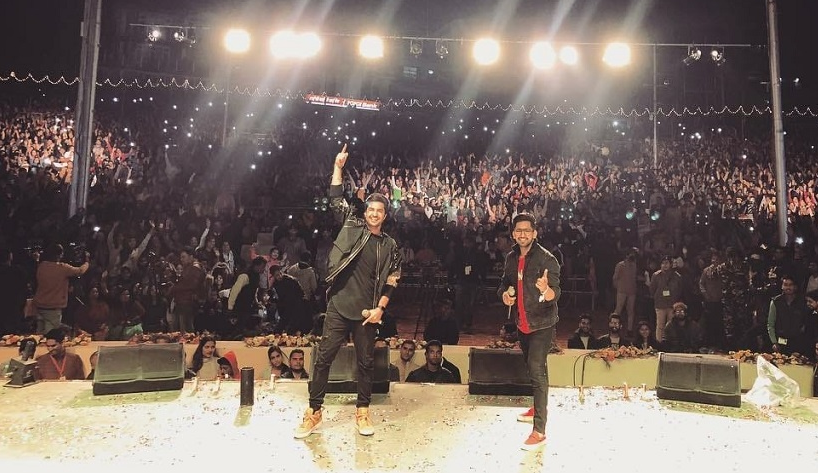 At the recently held International Kullu Dussehra Festival in Kullu (HP), the open ground was swamped with people who could not stop grooving to the electrifying performance by popular singer-composer-actor Jassie Gill.
The crowd-puller Jassie with his charisma and spectacular voice mesmerized the onlookers, especially the female populace with his electrifying performance. The crowd danced to the tunes of chart-topping numbers of recent times including Nikle Currant, Guitar Sikhda and True Talk among others thumping their feet nonstop and kept asking their favorite singer for more.
Interestingly, Jassie who entered in Bollywood with debut film, Happy Phirr Bhag Jayegi and will be soon seen opposite Kangana Ranaut in Ashwiny Iyer’s Panga, performed in front of 30,000 crowds touted as the highest ever in the last three decades.