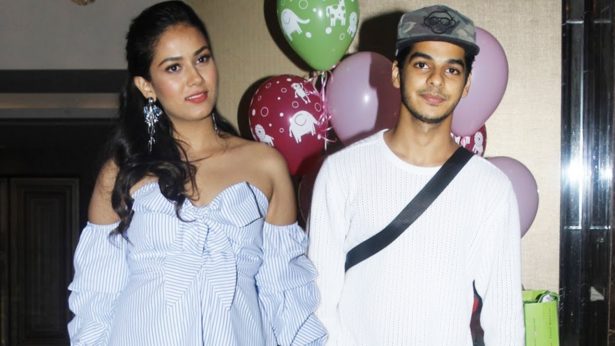 A few days back, Shahid Kapoor’s wife Mira Rajput made her acting debut through an endorsement. Mira shared the advertisement on her Instagram account and she flawlessly promoted an anti-ageing cream. She also shared her experience of being a new mom who gets so lost in motherhood that she does not find time to look after herself. She then, says that being a mother does not mean losing yourself.
“Being a mother doesn’t mean you stop being yourself right? I took the Olay Skin Transformation 28 day challenge
Here’s my Reborn story.. what’s yours?” Mira captioned, who is expecting her second child.

Being a mother doesn’t mean you stop being yourself right? I took the #Olay #SkinTransformation #28Daychallenge Here’s my #Reborn story.. what’s yours? @olayindia

Soon after social media users started posting comments on Mira’s Instagram post. While many loved her acting debut, there were a lot of people who targeted her with negative comments. Initially, she was commented on for her poor acting skills. And secondly, she was asked that why is she endorsing an anti-ageing cream at the age of 23.
However, her brother-in-law, Ishaan Khatter, came to her rescue. In an interview to India Today, Ishaan said that those who criticised Mira are frustrated. “There is a lot of frustration. There are a lot of people who are overly judgemental on the Internet. But having said that everyone has a right to opinion. For me, what’s important is to be inspired and keep moving to grow as an artist and as a person. I don’t find negativity helpful in that. So I try and keep myself away from it,” he said.

@bibizeebamiraie has me all dressed up for tonight in a supercool outfit by @antar_agni_ujjawaldubey assisted by @shreyavaid09.. A few hours to go before we share this labour of love for the first time on our own soil. In the name of god. #BEYONDTHECLOUDS The world is one family.

Brotherjaan and bhaabidoo turn 2! Happy anniversary, you fit together like a puzzle.

Ishaan is Shahid’s half brother and recently made his Bollywood Dhadak opposite Janhvi Kapoor.

Most Romantic Hollywood Movies You Should Watch